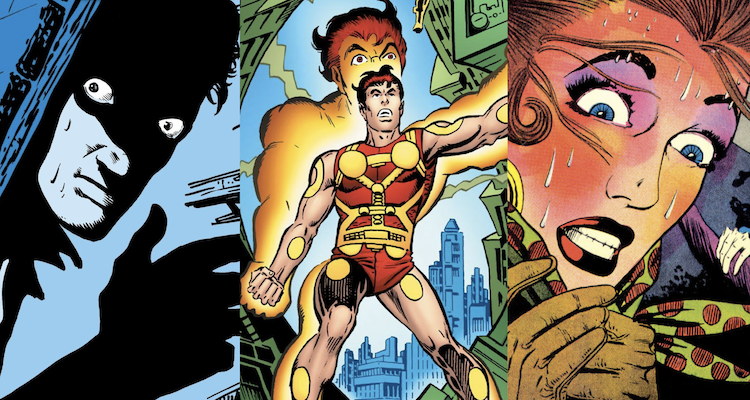 Doctor Strange In The Multiverse of Madness and Spider-Man: No Way Home have more in common than both being in the top 10 highest-grossing movies of 2022. Both movies feature characters created and designed by Steve Ditko; one of the most creative artists to ever grace the medium of comics.

Ditko was a true innovator in the field, more than a cartoonist, not just one of many comic book artists capable of copying the designs and styles of others. He drew character designs, science fiction and horror concepts like no one had ever seen. His art is known to have a visceral quality, something emotionally disturbing, that is impossible to forget once you have seen his work.

Beginning with short comics in the 1950s and continuing to produce independent works with his publisher Robin Snyder via Kickstarter until his death in 2018, the acclaimed writer and artist had a long and flourishing career.

Ditko was known for turning down interviews, publicity and conventions, yet creating an air of mystery around a man who wanted to be known for the quality of his work and not for a personality cult that surrounded him.

RELATED: Marvel Strikes Back, Countersuits to Retain Rights to Multiple Characters, Including Avengers and Spider-Man

Steve Ditko has made several creations that stand out from other artists, some of which may be familiar to readers, and others that offer a whole new comic book reading experience.

For the reasons listed above, here are the ten best collected editions of Ditko’s work that no comic book reader should miss.

Source: A Touch of Genius and Other Stories (1971), Charlton Comics. Lyrics by Joe Gill, illustrations by Steve Ditko

This recent offering collects all of Steve Ditko’s short comics from 1971 for Charlton Comics. Until this release, there have been very few collected editions of Ditko’s shorts outside of the 1950s.

A Touch of Genius shows just how far Ditko is progressing as an artist as he progresses through his second decade of comedy work. With stories penned by industry veteran Joe Gill, there’s plenty of fun to be had through those stories that have been overlooked over time.

In 2011, DC Comics released a series of two omnibus editions of Ditko’s work for the company. Although not completely comprehensive, it covers much of the work Ditko did in the 1970s. This volume features a blended sci-fi and superhero masterpiece in Shade, The Changing Man .

The unique designs and psychedelic sci-fi atmosphere make for incredible reading, and if that was all collected, it would be worth it. Ditko also has several short comics from House of Mystery, House of Secrets, Weird War, and other DC anthologies, as well as his work on a 4-issue series of sword and sorcery, Stalker, which is one of his best works.

Marvel’s Masters of Suspense is a set of two omnibuses featuring Ditko’s short comic in Atlas and Marvel anthologies through the early 1960s. The set is complete and the color restoration is top notch from Marvel.

Volume 2 is notable because Steve Ditko was given the book that became Amazing Fantasy over 15 issues to draw on its own, while most of the other books featured multiple artists.

Although issue #15 featured Spider-Man’s first appearance, Ditko’s other work in the series had a more serious adult tone than many Marvel comics at the time and is well worth a read.

The Creeper is a hero created by Ditko in the 1960s that doesn’t get much attention but is still really interesting work.

Jack Ryder is a talk show host who transforms into the Creeper due to an ability he gained through experimental science. The character has a, well, creepy design that might explain why he didn’t quite catch on back then, but he does offer some of Ditko’s most entertaining storylines of the era.

Doctor Strange was Ditko’s craziest creation at Marvel, so much so that Stan Lee warned readers in the Letters pages that it came from Ditko’s mind and not him. Lee, known for taking credit for everything, wasn’t sure it would work.

Ditko took over towards the end of the series, refusing to work with Lee even in dialogue, leading Strange to travel through different universes of pure psychedelic imagery that showcases some of his finest art.

In the 1980s, Ditko created a new line of superheroes through Eclipse Publishing, which is when Static came into the picture; one of the most bizarre designs the comic book world has ever seen. The character is a scientist’s research assistant who dons powered armor to protect the innocent.

Static often launches into the objectivist rants that Ditko liked to place in his later works, and is definitely aimed at more seasoned readers. The comic highlights Ditko’s creativity in his art and design.

Fantagraphics produced a 6-volume set of Ditko’s work, mostly from Charlton Comics, covering his short story work from the 1950s. This first volume features the Marvel legend’s work before the comics code was enacted.

Even though his style is rougher in this particular endeavor, it gives readers an idea of ​​where Ditko got his start, and the pre-code stories provide a raw storytelling experience.

DC produced a 2-volume archival set of Ditko’s work in the 1960s for Charlton Superheroes. Here, Ditko created new versions of Captain Atom and The Blue Beetle, two characters used in DC Comics for decades, as well as The Question; a very different character who began to show Ditko’s Objectivist philosophy which would later be developed into MA

#2: The Avenging World: The Collected Mr. A

The Avenging World collects stories from Wally Wood’s Witzend and other independently published efforts by Steve Ditko in the 1970s. A — Ditko, a journalist who puts on a mask to fight crime.

Mr. A’s philosophy is that there is good and evil, there are none of them, as such he treats criminals with a contempt that most other heroes don’t approach never. The name comes from Aristotle’s law of identity that A = A. Everything exists and has a specific nature.

As his best-known independent creation, Mr. A stems from logic and often borrows long tangents from philosophy, showing Ditko’s passion for his own philosophy; a passion he followed in his life and his art.

There are many collected editions of The Amazing Spider-Man, Ditko’s most famous work, but none are as stunning as the latest edition from Taschen Books. The Marvel Comics Library is larger than the Marvel Omnibus Editions, printed on heavyweight archival paper of a matte nature rather than the glossy paper used by most comic books.

Matte paper replicates the original comic print of newsprint more finely, so the colors give them a more traditional comic book feel. The images were photographed from blank copies of the original books and digitally enhanced rather than recolored, making the book unique among most reproductions.

Spider-Man stories from this era are timeless and have inspired comic book creators for decades. Although this edition is expensive with a $200 price tag, it does the best possible honor to Ditko’s artistry.

What are your favorite Steve Ditko comics? Let us know in the comments below!