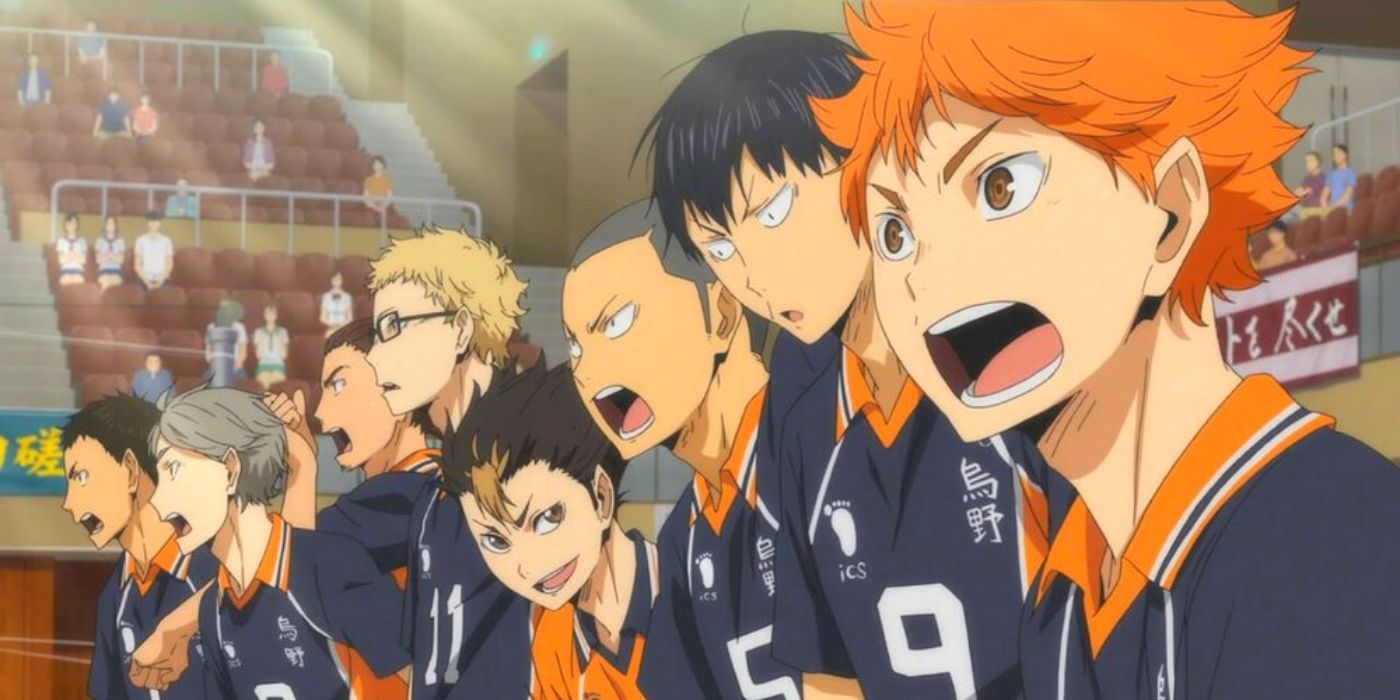 Many anime fans can’t wait to see the volleyball anime release Haikyuu !! Season 5 after Season 4 ends. Haikyuu !! is an extremely popular shonen sports manga that has gotten an anime adaptation. Haikyuu !! is a story about Shoyo Hinata’s love for volleyball and his dream of becoming a star player while playing for his dream team Karasuno High. With the manga just wrapped up, fans can guess what components of the manga will be in season 5 of the anime adaptation.

The Haikyuu !! manga has some exciting upcoming matches that fans can’t wait to see animated, as well as heart-wrenching moments that will have fans on the edge of their seats looking for a box of tissues. Spoilers ahead.

The main plot of Season 5 will most likely be the long-awaited official match between Karasuno and Nekoma High. These two teams have been waiting to meet for years. They have played against each other in practice matches, however, they have never faced each other in an official match.

This long-standing rivalry has been going on since their own coaches were in high school. Therefore, it is expected that this match will occupy the majority of Season 5 as this arc will have a lot of detail to go through.

Another game fans might expect to see in Season 5 is Mulinazaka and Fukurodani High. This match could be included in Season 5 as a subplot as it contains some fan favorite characters such as Keiji Akaashi and Kotaro Bokuto. This match could be shocking; fans will be able to see the generally calm and serene Akaashi having a nervous breakdown during the match.

Usually during Fukurodani matches, fans can expect this type of behavior from team ace Bokuto. This match will definitely be interesting for fans to watch in Season 5.

8 Unexpected rivalry between Karasuno and Kamomedai

Although this match takes place after the Nekoma match, there is a possibility that it will be included at the end of Season 5. During this match we can also see another rivalry this time between Korai Hoshiumi and Shoyo Hinata. These two characters are known to be short compared to their rather tall team members and want to be known as the Little Giant.

During this match, we can see these two characters trying to prove that they are the only real little giant.

7 Revelation of the little giant

Moving on from matches that we might see in Season 5, a long-awaited character could finally be revealed to fans during this season. The little giant has been Hinata’s role model for volleyball since he was in middle school. However, throughout the series, her real name has remained a mystery.

Fans closest to his true identity were when it was revealed that he was in the same rank as Ryunosuke Tanaka’s sister, Saeko Tanaka. When Hinata meets her model, will that be all he expected?

6 Kageyama’s story could be revealed

During Season 5, fans may get to see the long-awaited backstory for fan favorite character, Tobio Kageyama. Throughout the series, most of the characters in the series have been given a backstory so that fans can better understand their personalities. However, one character that fans have yet to see in a story is Kageyama.

RELATED: Haikyuu !! 10 most favorite characters, according to MyAnimeList

Throughout the history of the series, Kageyama is known to be a volleyball genius and can be quite mean and strict with his teammates. Fans could finally understand why Kageyama is acting the way he does during Season 5.

5 A character falls ill during an important match

Throughout the series, fans have seen players get injured in matches. During Season 5, fans might see one of the Karasuno High characters fall ill during one of the matches. Due to this event, one of the trainers will give this character a nice talk to help him understand that it’s okay not to be perfect all the time.

This moment between the coach and his teammate will have fans looking for their tissue boxes as this scene is sure to be moving.

4 The leap of the graduation hour is coming

Once all of the main matches are over, there’s a chance that Season 5 will include the manga’s time jump. This time jump will quickly advance the series to the graduation of the first-year characters and review the future of these characters after high school.

Some of these characters will continue their volleyball careers, while others will move away from the volleyball scene and try something new. This will be an exciting moment for the fans to finally experience.

During the time jump, fans will be able to see Hinata traveling to Brazil. After graduating from high school, Hinata decided that to deepen his volleyball skills he would have to visit Brazil for a few years to play and learn beach volleyball.

During this arc, fans will be able to experience Hinata’s growth as a volleyball player and will also see him make new friends during his time in this foreign country. Fans will also get to see Hinata meet a surprising cameo on her trip to Brazil.

When Hinata returns to Japan after his stay in Brazil, he joins the Black Jackals volleyball team. This team contains other characters from other schools that we have seen throughout the series. His first game with the team is against the Schweidsen Adlers, which is the team his former teammate Kageyama currently plays for.

1 Kageyama and Hinata play for Japan at the Olympics

At the end of the series, there will be another quick time jump. This time it won’t be too long; this time the jump will show the two main characters Hinata and Kageyama playing volleyball with each other again. However, this time they will play in the Japanese national team for the Olympics.

This moment will act as another reunion in the series as it will show how the other characters are doing in this time jump. The Japan team will face the Argentina team. However, Argentina have a player that fans know all too well.


Next
Attack On Titan: The 9 Titans, Ranked By Design