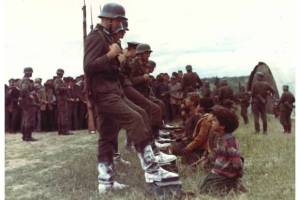 BELGRADE: The Kadokawa Corporation and Tokyo’s Tuttle-Mori Agency have bought the rights to the comic adaptation of the classic Yugoslav and Serbian feature film The bloody fairy tale / Krvavava bajka (1966), directed by Branimir Tori Janković and produced by Centar Film of Belgrade in 1969.

The comic will be featured in approximately 90 of the 370 pages in the collection of great manga artist Hashasi Sakaguchi. The electronic version (E-book) should follow shortly and, after the Japanese edition, the production and distribution company Centar Film will also publish a Serbian-language version for the national audience.

“The adaptation of this feature film on the international market is proof of the duration and recognition of the richness of Yugoslav cinema. We hope that the release of the Serbian version and the presentation of The bloody fairy tale through other media will arouse the interest of new generations and attract them to the film,” said Jadranka Blanuša Vučković, the director of Centar Film.

The town of Kragujevac during WWII. The first days of the Nazi occupation, the first innocent victims. A partisan squad acts near the town, where dozens of enemy soldiers are killed. The command is short: for every dead German, kill 100 citizens. That day, a group of little shoe shiners refused to clean the dirty boots of German soldiers. They are taken away to be shot. Kragujevac has become a city of black flags and black scarves. The sound of the bells is the memorial service for the 7,000 executed.