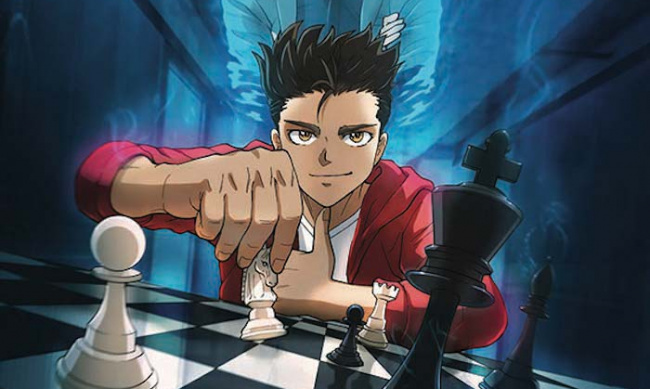 Ablaze has announced two new Asian titles that will be included in its June solicitations.

Celestial Demon Reborn!, by O’Emperor and Gom-Guk, is a Korean comic (manhwa) set in an ancient world where Unseong, a martial arts student sees his master killed after being falsely accused of practicing demonic arts. When trying to avenge his master, Unseong is also on the verge of death, but then he wakes up as a child soldier in a demonic cult. This gives him a new set of skills that he can bring to his quest for revenge. The story began as a webtoon. Ablaze will release the first volume as a 330-page paperback on August 17, two weeks before it hits shelves, with an MSRP of $19.99.

Blitz, by Cedric Biscay, Harumo Sanazaki and Daitaro Nishihara, follows the misadventures of a student who likes a girl in the chess club, so he joins the club himself, despite not knowing how to play the game. Tom, he accesses a virtual reality machine that allows him to analyze the games of world chess champion Garry Kasparov. The manga mixes competition, romance and lots of chess, with bonus tips and a glossary. Ablaze will release the first volume on September 14 as a 224-page paperback with an MSRP of $12.99.