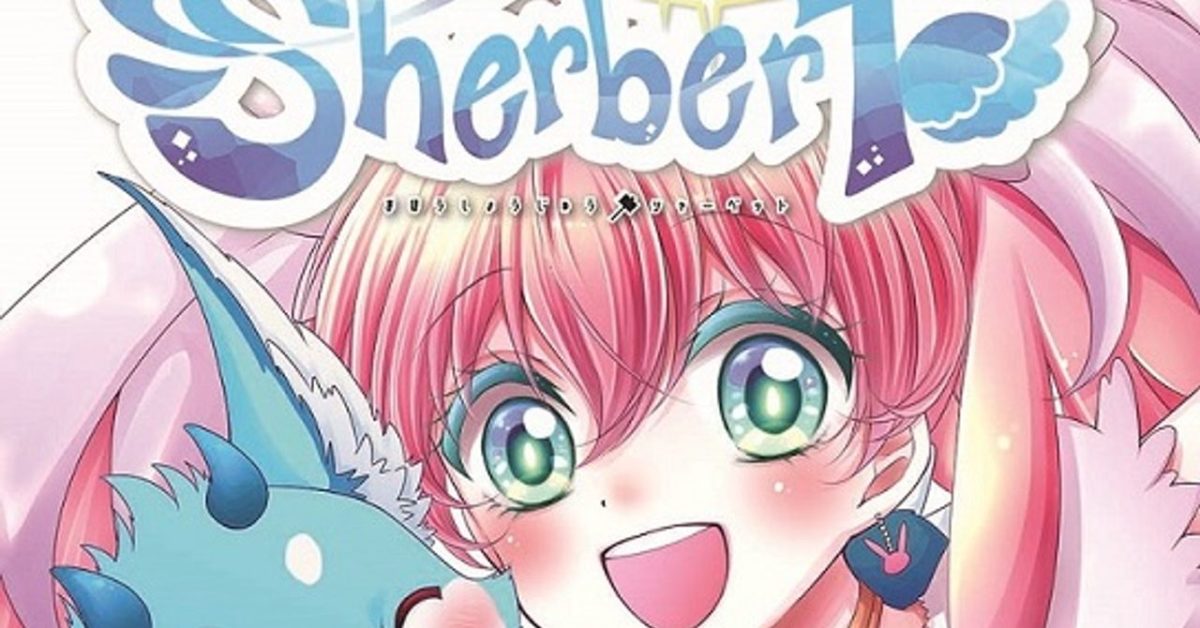 ABLAZE Publishing continues to expand its manga catalog with the announcement of Magic Beast Sherberta new shojo series written by Rai☆ with illustrations by Mochiusagi. The manga series is adapted from a 52-episode anime equivalent that is currently in development and will debut in print and digitally worldwide in 2023 by ABLAZE. Magic Beast Sherbert will be distributed in print by Diamond Comic and Diamond Book Distributors.

Sherbert is a magical creature from the parallel world of Lylasia, one of an infinite number of worlds existing simultaneously with our Earth. Living in the shadow of his older brother, Gelato, the great hero of Lylasia, Sherbert desperately wants to be a hero too. But his enthusiasm gets him into trouble and he is attacked by the Kuuka, an outcast species that can possess the minds of those with negative emotions. Sherbert’s dormant magic powers suddenly awaken and he teleports with the enemy to Tokyo.

Erika Togawa is an 11-year-old girl living in Tokyo; she saves Sherbert from a monster and has the ability to transform into a magical girl. A bit stubborn, Erika forms a close bond with Sherbert, which strengthens their magical bond. Erika’s magic is based on Sherbert’s “mix” of rabbit, deer, and dragon DNA. She gains different outfits when their bond is strengthened and enhanced abilities like PyonPyonAcceleration. Sherbert doesn’t quite understand the meaning of a hero, but with Erika’s help, Sherbert becomes a true hero, ready to fight for his friends and all the innocent creatures in the universe.

“Magical Beast Sherbert is a unique take on the magical girl genre, and we’re thrilled to now be able to bring the adventures of Sherbert and Erika to readers in this universe as well,” says writer Rai☆.

For more information on the project, visit: http://mahou-sherbert.com/fr.