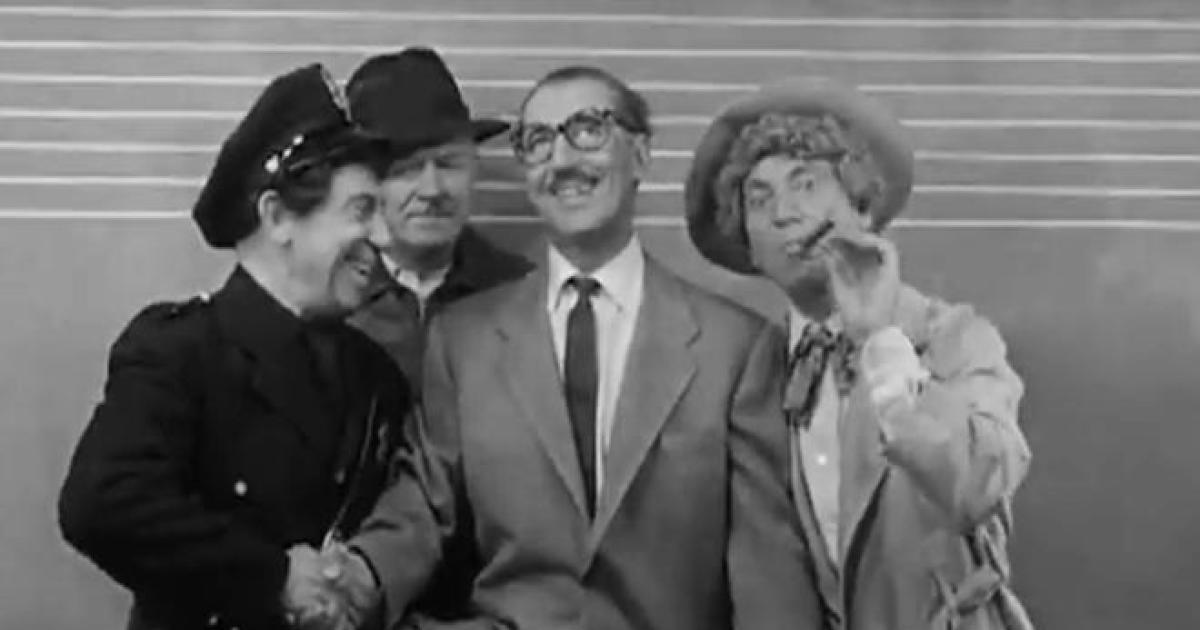 On March 8, 1959, the three best-known members of the Marx Brothers comedy troupe appeared together for the last time on television.

There were actually five Marx Brothers in all, born in New York between 1887 and 1901. They were childhood vaudevillians, with the stage names Chico, Harpo, Groucho, Gummo and Zeppo.

Film after film, the Marx Brothers have specialized in slapstick, as well as sarcastic puns:

From Groucho alone in “Horsefeathers” (“One morning I shot an elephant in my pajamas. How he got into my pajamas, I’ll never know”), to his rigorous discussion of the law of contracts with Chico in “A Night at the Opera”:

In addition to the jokes, Chico flaunted his skill on the piano:

After their last big movie in 1949, “Love Happy”, the brothers mainly pursued their own careers – Groucho as the host of the game show “You Bet Your Life”.

Which brings us back to that very date in 1959 when, in a comedy crime comedy episode of “General Electric Theater” on CBS, the three were reunited in one brief police scene:

Although all of the Marx Brothers are long gone, the laughs will continue. On that you can really bet your life.

For the latest news and analysis, download the free CBS News app