Animation Is Film 2022: 5 must-see films of the festival 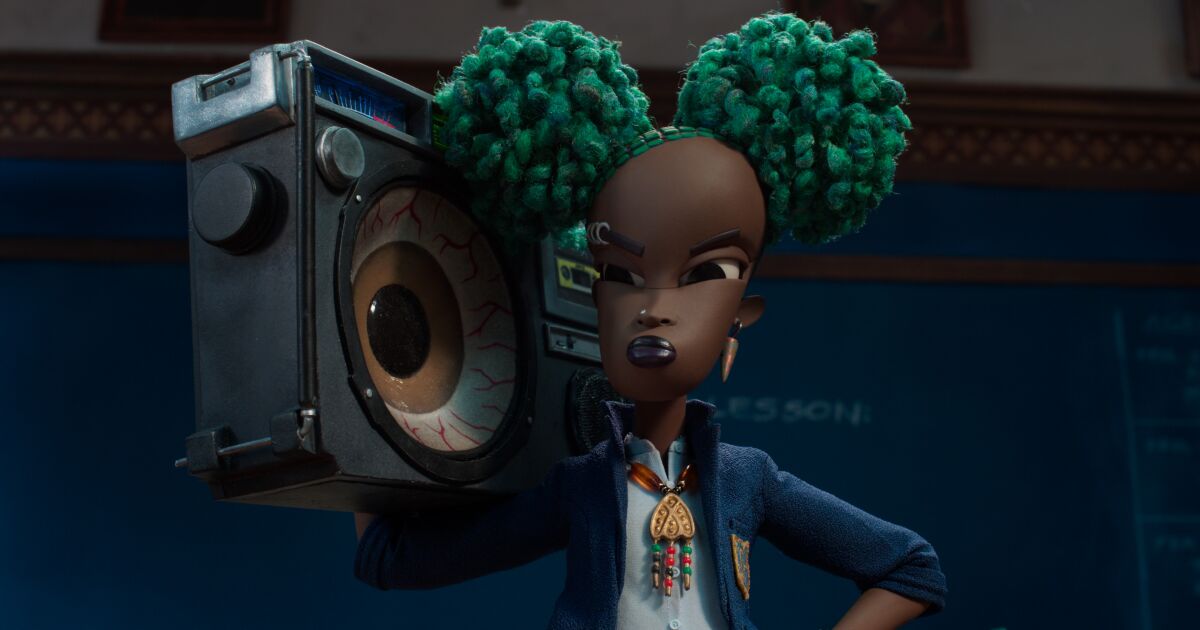 The Animation Is Film festival, celebrating some of the best animation in the world, is back for its fifth edition, and the festival is growing by expanding its lineup to a second weekend for the first time.

Kicking off Friday at the TCL Chinese 6 Theaters in Hollywood, the festival’s opening night is acclaimed director Henry Selick’s “Wendell & Wild,” which he co-wrote with Jordan Peele. A special screening of Guillermo del Toro’s “Pinocchio” – directed by Del Toro and Mark Gustafson – will close the festival on October 29.

Beyond these stop-motion animated films, AIF will also host the world premieres of “Titina” and “Gold Kingdom and Water Kingdom,” as well as the theatrical premiere of the Netflix limited series “Oni: Thunder God’s Tale.” The world premiere of the English version of “One Piece Film: Red”, based on Eiichiro Oda’s long-running manga series, is the highlight of the festival.

While the chance to nab lesser-known gems is part of what makes AIF special, major studio animation will also be heavily represented through special screenings of “Turning Red” (Pixar) and “Luck” ( Skydance), as well as “work in progress” previews of “Strange World” (Disney) and “Puss in Boots: The Last Wish” (Dreamworks).

Here are five films to discover during the 2022 edition of the Animation Is Film Festival:

Based on a popular manga series by Nao Iwamoto, “Gold Kingdom and Water Kingdom” is set in two neighboring countries with a history of war for the smallest of perceived slights. After building a wall along their borders, they make an attempt at peace by agreeing that each kingdom will send one of its best to marry someone in the other kingdom. Whether each country keeps its promise is another story. Directed by Kotono Watanabe, “Gold Kingdom and Water Kingdom” is a heartfelt romance built around one of the greatest tropes: a fake marriage.

The new feature from Cartoon Saloon co-founder and Oscar-nominated director Nora Twomey is an adaptation of a beloved children’s book. “My Father’s Dragon” follows Elmer as he adjusts to a new life in the city after his family store is forced to close. Frustrated at being swept away by his stressed out mother, Elmer finds himself on a journey to rescue an imprisoned dragon on a remote island as part of his plan to prove he can help. It’s a story of friendship, adventure, and how it’s okay to admit you don’t always have the answers.

“Perlimps” by Oscar-nominated Brazilian director Alê Abreu is vibrant, colorful and one of the most visually beautiful films on the festival lineup. Set in an enchanted forest, “Perlimps” follows Claé and Bruô, agents of rival kingdoms who are on a mission to save their world from “Giants”, outsiders who thrive on the destruction caused by war. Although initially suspicious of each other, Claé and Bruô come to understand that they share the same goal: to locate the Perlimps who can help them save the forest.

Based on the stories of the beloved French children’s character “Le Petit Nicola”, “Little Nicholas” is something of a cross between an adaptation and a biopic. Directed by Amandine Fredon and Benjamin Massoubre, the film opens with the meeting between the artist Jean-Jacques Sempé and his friend the writer René Goscinny, where they create the main character. The sequences focused on the everyday adventures of Little Nicholas playfully use line art and color to make them look like comic books come to life. More poignant are the scenes in which Goscinny and Sempé interact directly with Nicholas, sharing with him the stories of their childhood, their struggles and their dreams that led to their creative careers. “Le petit Nicolas” won first prize at the Annecy International Animation Film Festival in June.

Directed by Inna Sahakyan, “Aurora’s Sunrise” is a documentary that blends animation and archival footage to tell the story of Aurora Mardiganian. A teenage survivor of the Armenian Genocide, Mardiganian’s story was portrayed in the 1919 silent film “Auction of Souls,” starring Aurora as herself. Copies of the film disappeared before parts were recovered after her death in 1994. A longtime resident of Los Angeles, Mardiganian spoke candidly of the atrocities her people faced and her story should not be forgotten.