Architecture in Animation: Exploring the Fictional Worlds of Hayao Miyazaki 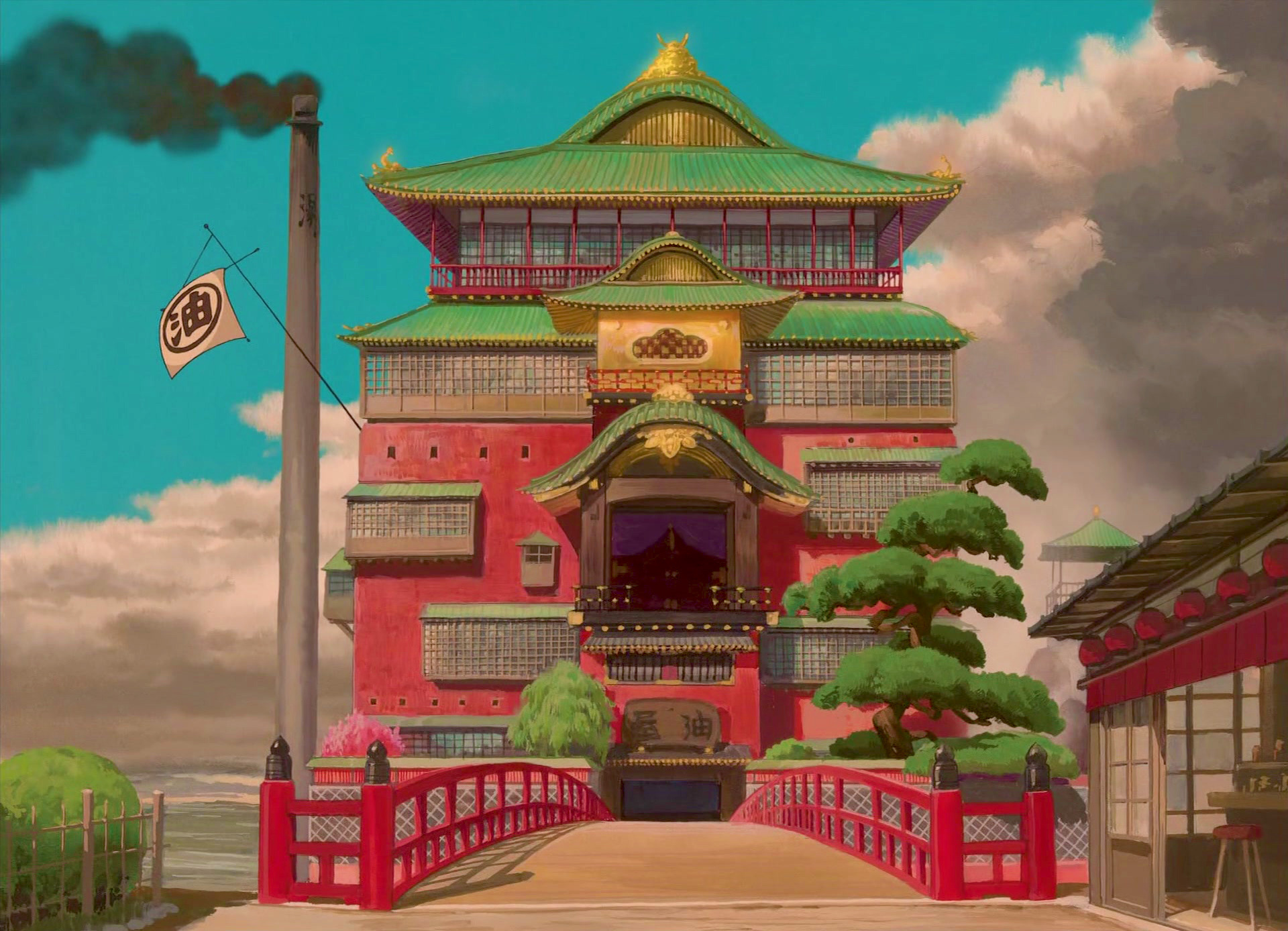 Architecture in Animation: Exploring the Fictional Worlds of Hayao Miyazaki

Film and animation writers, relating specifically to the anime genre, strive to incorporate varying architectural settings to help them tell their stories, with influences ranging from medieval villages to futuristic metropolises. Architecture as a subject includes a wide range of elements to study, with each architectural era further inferring its context and history through its design alone. However, in movies and cartoons, all the contexts behind a building’s design can be condensed into a single framework, powerful enough to tell a thousand stories.

Hayao Miyazaki, one of Japan’s greatest animation filmmakers, author, manga artist and co-founder of Studio Ghibli, has inspired an entire generation, chronicling the evolution of Japanese society within animation, focusing on two main themes: urbanism and nature. The complexity of Miyazaki’s mind is reflected in his films, a medium he has used to expose how insignificant and small we are as humans, compared to the all-encompassing scale of nature around us. .

Studio Ghibli was founded in Tokyo, Japan (1985) to produce narrative films to paint themes of pacifism, ecology and explore the ins and outs of Japanese mythology and urban legends. The architecture used by Miyazaki in his films recalls his view of the modern world, increasingly affected by advanced technology and a continued detachment from the natural environment.

The Graphic Novel as Architectural Narrative: Berlin and Aya

“Miyazaki places his stories in natural and architectural contexts characterized by impressive graphic richness, intricacy of texture, and scrupulous attention to minute detail. The studio bases its ideas on real things and environments, but with fantasy skin. The beams and pillars unite fantasy and reality, making the structural details very precise and of great artistic and sentimental value. –Dani Cavallaro

Watching his films, it is clear to see how Miyazaki considers nature and man to be united, as his architectural vision is strongly influenced and reminiscent of his travels around the world, as well as his burning desire to explore the growing themes of technology. and destruction. Miyazaki’s films excel in the mastery of technique and the richness of detail present in each scene invites the viewer to be part of the reality of these worlds and to have the impression of being able to situate themselves spatially within them.

In an age of ever-changing technology, Miyazaki’s animated films are radical in their repudiation. From “My Neighbor Totoro” (1988), with its vision of a sweet friendship between two children and a huge growling forest creature that only they can see, to the dreamlike fable “Spirited Away” (2001), in which a shy girl must gain the courage to save her foolish parents by working in a bathhouse that caters to an inharmonious array of gods, in ‘Howl’s Moving Castle’ (2004), in which a cursed young woman in the body of an old woman by a wicked witch only chance to break the spell lies in finding an indulgent but insecure young wizard and his companions in his walking, legged castle, Miyazaki makes the wildest reaches of the imagination and the craziest whirlwinds of movement.

Miyazaki intends to reflect the characters, themes and places he constructs and cynically creates by depicting the realities of environmental depletion, the horrors of water, the loss of innocence and the culture of values ​​of loyalty, gratitude, courage, sacrifice and love. A handful of these themes are particularly notable in “Howl’s Moving Castle” (2004), with animation that is a perfect blend of steampunk, whimsical, hazy aesthetic representation, with a plot revolving around love, loyalty, accompanied of an anti-war subplot. Colmar, France serves as the main setting for the film, depicting a hybrid of German and French architecture best recognized by cobblestone streets, storefronts, alleyways and stunning scenery.

The architecture in Miyazaki’s works is not an afterthought to the narrative, but integral to it, and as Studio Ghibli’s films increasingly acquire Western influences, his challenge is to preserve and to reinterpret traditional Japanese designs in new trajectories. Miyazaki’s films have long been deeply woven into the fabric of Japanese national identity, touching people’s hearts deeply and capturing the imaginations of cross-generational fans across the country, as well as around the world.

This article is part of the ArchDaily topics: The Future of Architectural Visualizations, proudly brought to you by Enscape, the most intuitive real-time rendering and virtual reality plugin for Revit, SketchUp, Rhino, Archicad, and Vectorworks. Enscape connects directly to your modeling software, giving you an integrated visualization and design workflow.

Each month we explore a topic in depth through articles, interviews, news and projects. Learn more about our ArchDaily topics. As always, at ArchDaily, we welcome contributions from our readers; if you want to submit an article or a project, contact us.