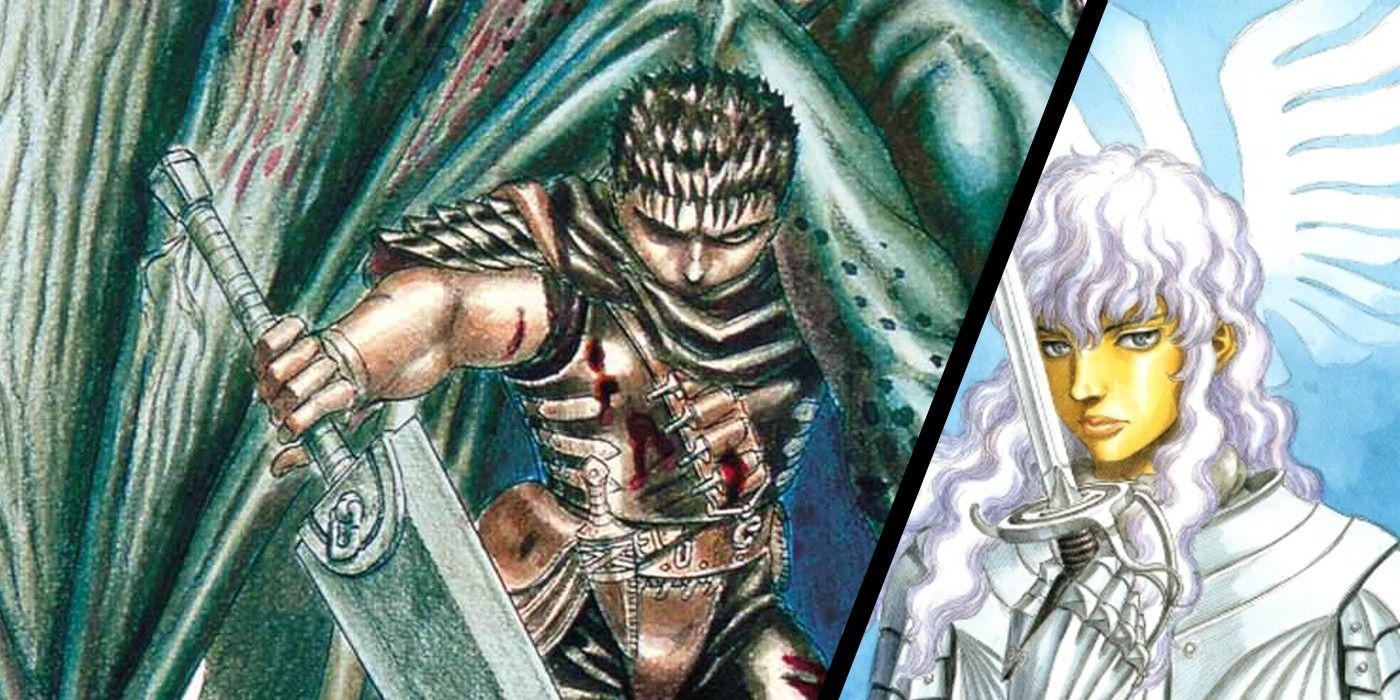 The latest chapter of Berserk from manga artist Kentaro Miura has been released. Fans took to social media to share their appreciation, artistry and sadness.

The final chapter created by Kentaro Miura for his masterpiece manga, Berserk arrived. Fans of the series have responded to Miura’s final work, thanking him for a series that is now part of their lives. Social media was full of reactions – and art – to the final chapter.

Berserk reached a first conclusion after thirty-two years of serialization. Miura’s passing in May sparked a wave of support and mourning from fans of the mangaka and his legendary work. Now, Berserk fans are once again showing their support as the series reaches a point where it could end for good.

Related: Naruto’s Kunoichi Gets Much More Respect Than Demon Slayer’s

According to the decision of Miura’s assistants and the editorial team of Young animal – the magazine where Berserk has been serialized – the series could end or continue. A final decision has not been made as all parties involved aim to do what Miura would most like. Until more news is heard, fans will have Chapter 364 – their final look at the story of Guts, Casca, and Griffith as it comes straight from Miura’s mind. Around Twitter, several readers shared fan art, collections of Berserk volumes and coloring screenshots they did for the last chapter, next to the #ThankYouMiura tag.

This manga series has resonated with readers for years, so it’s no surprise that many of them wish to thank Kentaro Miura for his dedication to the series over the past decades. Comics and other mediums often help fans get through the tough times in their lives and the same goes for Berserk for many of his fans.

In addition to sharing their colorful versions of the last chapter, Berserk fans also shared their own artwork and personal collections of Berserk goods or pictures. These range from amateur artists to professionals, with many levels of artistic skill represented. This manga has garnered a large following over the years, which guarantees it a fair share of fan art and artistic appreciation.

The last page of Chapter 364, featuring Griffith, was an especially popular selection for sharing among fans. There are many coloring pages of this piece and many shares of the page itself. It’s gorgeous, but bittersweet – which is what fans think of this series and the journey it’s taken them.

While Studio Gaga still has the option to continue the series, this could also be Berserk’s final chapter. I am grateful to be able to read this masterpiece. #Thank you Miura pic.twitter.com/gxmMLoqGLR

The manga may or may not be finished, but fans love it Berserk and his characters will continue. As the official news is expected, there is always the possibility of a proofreading or creating more works of art. Kentaro miura may be gone and unable to continue the story, but his legacy will certainly continue with every thanks and fan art shared. Berserk will always be a success manga and fans will always love and appreciate the work that went into its creation.

Superman finally lives up to his most forgotten nickname