Berserk manga is perfect for fans of The Witcher Games 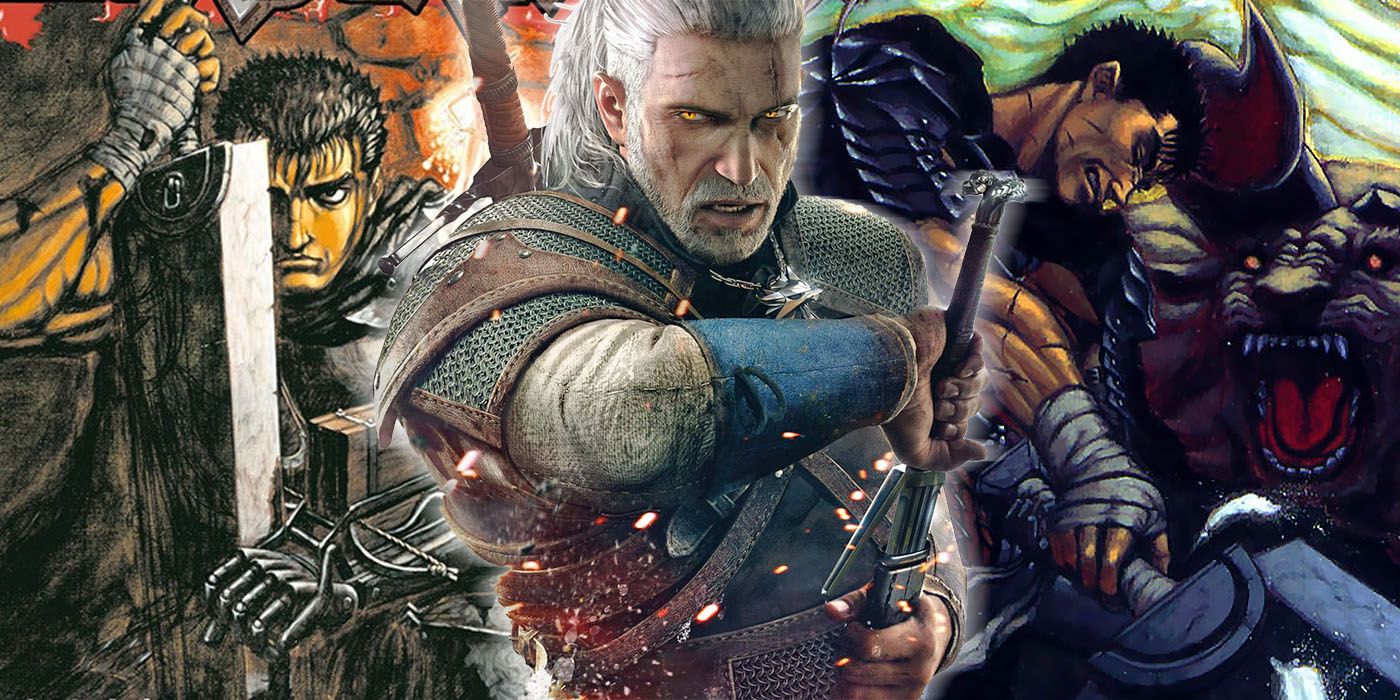 With talks of The Witcher 4 in development, fans of the franchise are sure to be eager to hear more about its progress. The idea of ​​an all-new saga is an exciting prospect, but there’s still a strong dedication to the adventures of Geralt of Rivia throughout the previous one. Witcher Games. The Witcher 3, which was released in 2015, has been widely acclaimed and has done extremely well in terms of sales, leading to its re-release, a number of DLCs and continued play even in 2022, with an average of 12,000 active players via the Steams tracker. Its dark atmosphere is one of the many fan-loved features, and it’s shared with one of the oldest manga in history: Berserk.

by Kentaro Miura Berserk is considered the seed of many works of fiction, inspiring many other manga and anime, as well as the dark souls franchise. The beautifully crafted story of emotional turmoil, world-building medieval nations and monstrous creations, and thrilling and savage conflict has spawned one of the most adored manga series of all time. At its source, Berserk shares many similarities with the witcher world, sharing an abundance of monstrosities for the protagonist to overcome, a complicated political landscape unfolding alongside the heroes’ journeys, and a sense of dread as you traverse the war-torn, rat-infested lands. For fans of The Witcher 3, Berserk is surely a story to indulge.

RELATED: Berserk: The Glory of the Golden Age Trilogy and How It Hit All the Right Notes

The construction and setting of the world

The Witcher 3 takes place mainly in Velen and Novigrad, lands completely decimated by the war with Nilfgaard. The countryside is littered with creatures, brigands and soldiers, the peasants living in fear, constantly facing the threat of death or worse. The monsters that inhabit the land are, for the most part, dumber than intelligent beings, but they nonetheless plague rural lands and the depths of cities. A lot of Berserk after the “Golden Age” arc takes place in Midland, which is recovering from its war with the Tudors and is soon overrun by the Kushan army. We find the same desolate landscape, the same feeling of powerlessness for the weak and of abuse for the strong.

Both series expertly express a medieval world with the idea of ​​magical elements in the background. Cities share the same dirty image and people act and feel as if they belong to such a miasmic world. Whether it’s Geralt looking for work and dealing with obstacles in the landscape or Guts chasing an apostle into the night from a cob and cob village, the sets really not only bring the authenticity of a medieval environment, but also the crushing misery that the life of those who live in these environments. That being said, The Witcher 3 explores lands of more refined tastes, such as Skellige or Toussaint, which is also reflected in the later arcs of Berserk when Guts and his friends travel to Vritannis to retrieve Farnese or Elfhelm to heal Casca.

An important aspect of any witcher’s journey is slaying monsters. From warped ghouls to the mighty Leshen, there are a wide variety of different beasts to hunt, all with their own unique techniques and strategies to use to better defeat them in battle. One of the most endearing parts of the witcher series is to find the best method to finally bring down a monster that the player is tracking. While on the surface it might seem like Guts doesn’t have that particular strategic inclination when fighting his monsters, he actually plans his attack methods carefully when fighting something his Dragon Slayer Sword can’t. just cut easily.

When battling the Count, he used decoys and the Count’s daughter, Theresia, as a hostage to throw him off balance, and when confronting Ganishka, Guts used Zodd’s ability to fly and actively hunted and struck down the weakness of the Kushan Emperor. The methods Guts uses may not be in the same vain of preparation and precision that Geralt uses before entering a melee with a monster, but there is still the principle of learning a weakness and defeating a much more powerful enemy.

The monsters themselves are somewhat different in design. There are intelligent monsters in the witcher, but the majority of creatures Geralt faces are more animal in nature. The majority of Guts’ enemies are apostles – former humans who sold their souls to the hand of God for immortality and power, then turned into carnivorous monsters who terrorize the world and hunt down those marked for sacrifice. , such as Guts and Casca. As the “Fantasia” arc unfolds in Berserkthere are more insane creatures that have been transferred into the mix of fantasy reality and the real world, but Guts’ main focus is on the apostles, not monster hunting.

RELATED: Chainsaw Man: Denji Hasn’t Changed At All – Or Has He?

The Witcher 3 the characters are expertly written, with complex development stories, progression, and purpose. It’s not just Geralt who gets detailed treatment in his characterization, but many of the supporting cast, such as Ciri, Triss Merigold, Dandelion, and even some less focused cast members, like Sigismund Dijkstra and Philip Strenger, more commonly known as the Bloody Baron. This care of even the lesser characters helps shape a sense of belief in the world and its inhabitants as they grow alongside Geralt or against him.

Miura took the same care when crafting the characterization for Berserk. Guts’ journey is the primary focus and his development is paramount above all else, but the supporting cast around him, such as Serpico, Farnese, Isidro, and Schierke, are given their own defining narrative journeys. If it’s not just these two series that create exceptional characters, the comparison for the benefit of the witcher fans come more into the idea of ​​the combination of previously stated similarities and the bonus of containing casts that match each other in detailed craftsmanship and creation.

While fans around the world are still enjoying The Witcher 3 and maybe need a dose of dark medieval epic to keep them busy until more information is released for The Witcher 4, Berserk is the perfect story to dive into. It will satisfy the love of monster slaying, epic fantasy world building, medieval atmosphere, and intense emotional storytelling. The Berserk manga has been compiled into omnibus volumes and can be purchased through Dark Horse Comics.