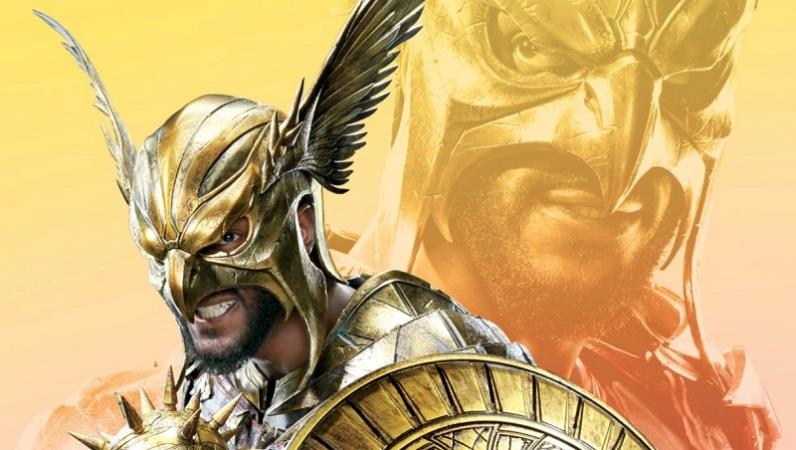 Based on what little we have seen of black adam, it doesn’t necessarily look like the most complex blockbuster. Despite this, it’s still disappointing to learn that Hawkman’s origin has been simplified…

black adam looks like a relatively simple movie, and a showcase for Dwayne Johnson to play his first superhero (sorry, “anti-hero”). Once upon a time, this character was planned to appear in Shazam!but the actor pushed the studio to give Black Adam his own solo release.

The character is certainly worth it, and there’s also plenty of excitement for the Justice Society of America to make its big-screen debut.

Among the band members will be Aldis Hodge’s Hawkman, a hero with a checkered history in the DC Universe. His story dates back to 1940, and like many DC Comics characters, the publisher had to find ways to explain how Carter Hall has been around for so long. Essentially, he is constantly reincarnating and has roots that date back to ancient Egypt.

Speaking to Vanity Fair, black adam Director Jaume Collet-Serra has explained why he decided to forego Hawkman’s comic book origin. “In the comics, there are clear references like, ‘Hey, I saw you 5,000 years ago. Do you remember me?’ We don’t do that,” says the filmmaker. “That would be too confusing.”

“Obviously Hawkman is reincarnated, so how many times do you need to reincarnate and remember that? All these rules [are something] you don’t want to define until these characters are really established.”

We’re not sure it’s that confusing, and it actually comes across as a bit of a lazy way to avoid having to explain why Black Adam and Hawkman haven’t crossed paths before. Now, it’s hard not to wonder if the stories of Doctor Fate, Atom-Smasher, and Cyclone have been similarly streamlined and, dare we say, streamlined.

Remember, Hawkgirl shouldn’t be part of this movie, so without that shared story between her and Hawkman, Shiera Hall’s introduction is also likely to be heavily altered if that were to happen.

black adam looks set to electrify audiences in theaters when it releases on October 21st.