Can a comic contain the drama and warmth of activism? 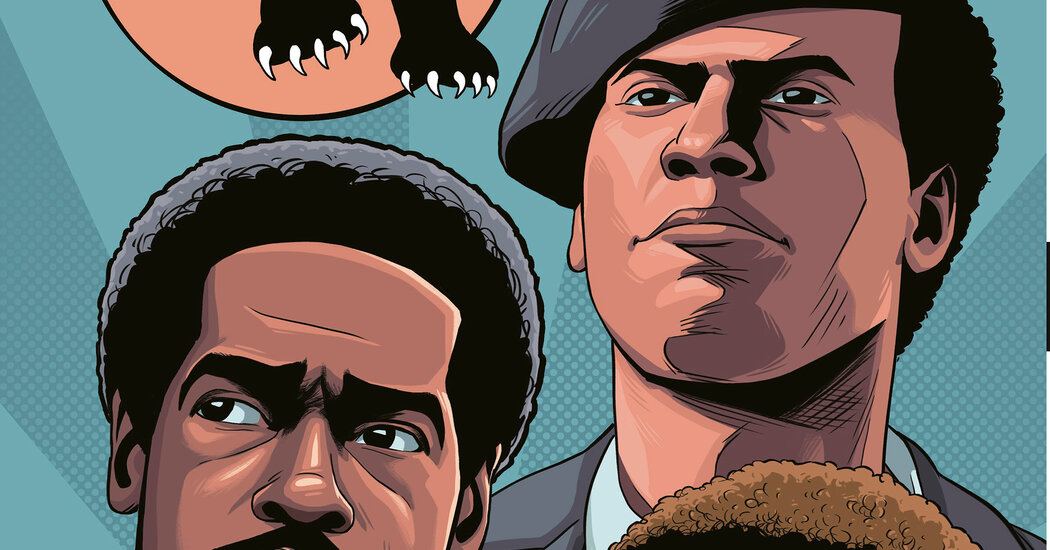 Walker dramatizes key scenes, like a dusting start between an Oakland police officer and a car filled with four armed Panthers. When the officer asks for Newton’s phone number, he tersely answers “five,” referring to the Fifth Amendment. When guns are discovered in the car, tension mounts. A follower of gun laws, Newton cites his constitutional right to carry guns, explaining that his part is unloaded “because it is illegal to carry a loaded gun in a car”; leaving the vehicle, he charges it. “Not a single shot was fired and no one was injured,” Walker wrote. “But war had been declared.”

However, when text boxes start to pile up, the tone can dry up: “Having made a name for itself in Oakland, the Black Panther Party for Self-Defense was requested by Eldridge Cleaver and the Black Panther Party for Northern California, affiliated with RAM. to help ensure the safety of Betty Shabazz, the widow of Malcolm X. Fortunately, as an artist, Anderson is just as good at rendering static shots as he is at depicting action, and his knack for warm portraits and uncluttered adores familiar figures. In a first sequence, he depicts 31 civil rights activists killed, their names largely lost to us. Most of them are smiling, but all are shady, heartbreaking, ghostly blue. Although each panel is only 1.5 inches by 2.25 inches, the depth of emotion could fill an entire page.

A mixture of bravery and terror hangs over much of the book. Despite all the party talk about guns, they are only shown being unloaded towards the end. Fred Hampton, who had joined the Chicago branch of the Panthers in late 1968, found himself the national spokesperson the following year, fixing him on FBI radar. Walker and Anderson portray his murder by plainclothes police without showing the slightest gore. Their machine guns fire 31 times at 19 neat purple-tinted panels, the sound of each shot (“BLAM”) obscuring the terrified dialogue of the other eight Panthers in the house at the time. It is a turning point in the history of the group, made chilling.

The only scene of political resistance in Jim Terry’s memories, COME HOME, INDIO (Street noise, 234 p., $ 16.99), appears at the end, as the cartoonist travels with his sister and a friend to join the Standing Rock protest against the Dakota Access Pipeline. The son of an Aboriginal mother (Ho-Chunk) and Irish-American jazz musician father, who divorced when he was young, Terry grew up in the Midwest, swinging between two worlds. His dedication to Standing Rock is genuine, but he doesn’t have the instant connection moment he was hoping for. He fears that this is not his place, that he is somehow seen as an impostor.