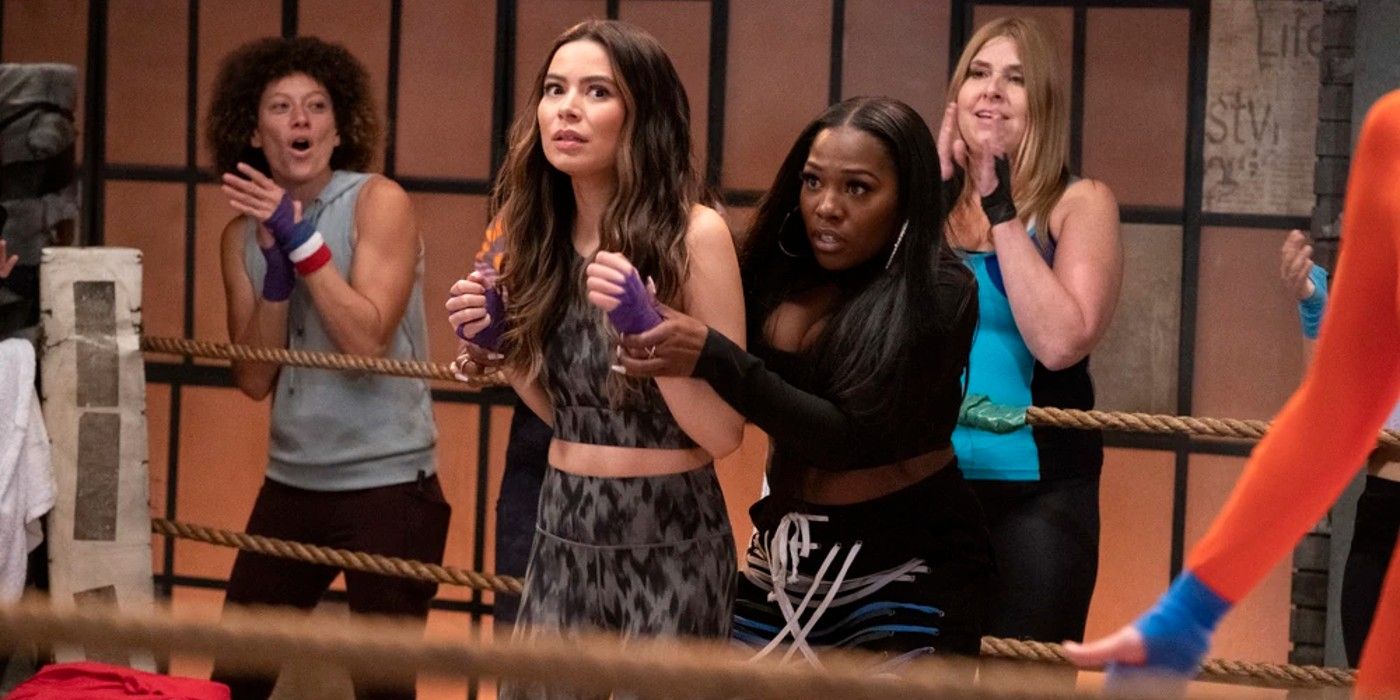 iCarly Season 2 continues to call back to the original series, some more obvious than others, but all are fantastic for longtime fans. The Season 2 episode “iHit Something” achieves this, once again, by having Carly Shay channel Victoria Justice’s Shelby Marx from the original series. Carly finds herself inducted into the Influencer Fight Club, which spins the episode in many rewarding directions. It makes transparent references to Carly’s past, creates space for fun and needed commentary on influencer culture, and doubles down on how revivals can enhance original series storylines by highlighting character growth.

iCarly is the Paramount+ revival of the Nickelodeon series with the same title that aired from 2007 to 2012. The original sitcom followed Carly Shay as she balanced coming of age with a hit web show. One of Carly’s most memorable moments was when she challenged CFC’s youngest US Champion, Shelby Marx, to a fight on iCarly. “iFight Shelby Marx” aired in the second season of the original show and is considered the second of iCarlyTV movies; the first is “iGo in Japan”. The revival picks up in the present as Carly decides to relaunch her web show after a breakup, trying to keep the show as popular as it was years ago.

In “iHit Something”, Chris, a famous internet star going by the alias Prank Prince, pranks Carly by pretending to be sick and inviting Carly to a ball at the hospital where he is supposedly staying for get treatment. The source of shock-value comedy from The Prank Prince takes advantage of Carly’s kindness and leaves her in need of an outlet for her anger. Carly meets another influencer named Sunny Johnson, whose whole brand is happiness. Harper worries that Carly won’t find an adequate outlet with Sunny’s cheerful demeanor, but Sunny gives Carly another option. Beneath Sunny’s bright brow is a more nuanced woman who subscribes to an underground women’s fight club to blow off steam with her online presence.

iCarly imbues the dialogue with hilarious banter, but there’s a necessary undercurrent of influencer commentary. It’s a logical progression from the whole season; specifically, it expands on the previous episode, “I’m a USA Bae”, which explains why mainstream narratives (in pop culture or otherwise) define women by a single characteristic or quality. This episode uses Emily Ratajkowski, a guest star on iCarlyThe original run of, as a prime example, with her most recent book pushing the boundaries of society’s perception of her. Women aren’t just one thing, but social media often encourages this narrative, as every influencer shares this fight club. It is therefore constructive on their part to create a safe space for each other.

Alternatively, it’s kind of ironic for women to get mad at each other, so it’s exciting for iCarly to flip the script on that narrative in real time. In doing so, the show creates direct ties to the original series. Plus, it exemplifies Carly’s maturity. “iHit Something” brings Carly back to the boxing ring for the first time since attempting to fight Shelby Marx. However, this episode ends with Carly, her best friend Sam Puckett, and Shelby defeating Carly’s nemesis Neville Papperman in the boxing ring when they discover he is behind the prank that turns Shelby against Carly. This time, Carly isn’t beating up this new prankster because there’s nothing productive about it for her – or the other women.

Instead, the women band together to constructively explain to Chris that his actions have consequences for their careers. As Harper puts it, it’s “sane as hell,” which is a far cry from three teenage girls beating up a teenage boy for playing a prank on them. Women do more than take their anger out on the person who deserves it; they shatter the image of their public personas by accepting their totality in the face of someone who sees them as one thing. Additionally, Chris capitalizes on the public’s limited perception of women, so he takes advantage of the exposure of the Influencer Fight Club, a place where women can be themselves unfiltered.

With “iHit Something”, iCarly ameliorates a situation similar to Carly’s past by allowing her maturity to shine through as she gains height. This episode isn’t the first time this revival has returned to Carly’s story with a new level of maturity. Either way, Carly handles this situation as an adult with a support group of women, led by Harper, in her corner. In addition, iCarly champions any healthy outlet that works for women, whether it’s an Influencer Fight Club, hooking, or punching a pillow. As if this episode needed icing on the cake, “iHit Something” also includes a deep reference to Spencer’s reign as “King of Pranks” from the Season 4 episode, “iGet Pranky.”

New episodes of iCarly Season 2 are available every Friday on Paramount+.