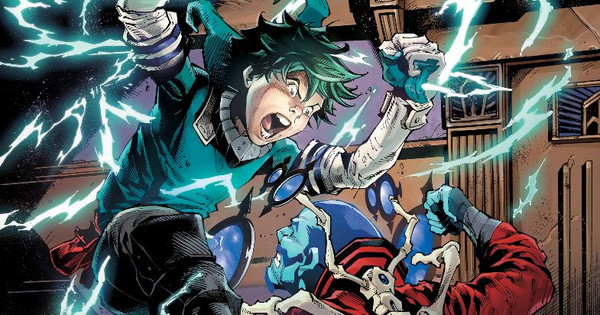 American comic artist Ryan Stegman, best known for his work on She-Hulk, X-23, Spider-Man, and Venom, drew an original work of art for the My Hero Academia THE MOVIE: Mission of the Heroes of the World Animation Film. Funimation, which shows the film in the United States, commissioned the play.

Stegman commented, â€œI have been a longtime manga fan and My hero university came on my radar a few years ago. Since then my kids and I have been obsessed and it’s an honor to work on the characters!

Stegman will hold a live drawing of Deku on the StegmanAndFriends Youtube canal and ryanstegman Tic channel with an interactive Q&A for fans on Saturday at 4:00 p.m. GMT. Besides, Funimation holds a reveal for an original pencil version of the artwork.

My Hero Academia THE MOVIE: Mission of the Heroes of the World began screening in more than 1,500 theaters in the United States, Canada, United Kingdom and Ireland on October 29, and in Australia and New Zealand on October 28. The film will also be screened in Latin America in Spanish and Portuguese.