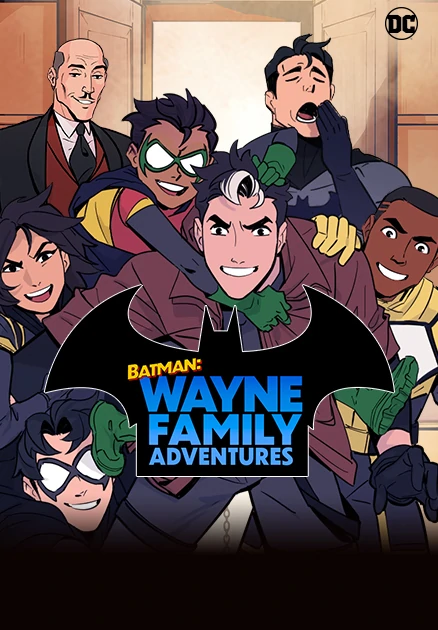 “Batman: Wayne Family Adventures” is a comic book series collaboration between DC Comics and WEBTOON that launched its first episode on September 8, 2021. The episodes follow characters such as Batman, Nightwing, Batgirl, and Robin on their “slice of life” adventures. of life”.

At San Diego State University, comics have made their way into the curriculum. Taught at the College of Arts and Letters, these course offerings highlight a move toward examining visual storytelling. What was once considered elementary writing is now considered respected literature.

Core faculty member at the Center for Comics Studies, English professor Bill Nericcio, teaches Comics and History 157 as a bridge for students who don’t normally like literature.

“Reading comics means you have to have the skills of a literary critic, an art historian, a historian, and pop culture, and it’s a tough mix,” Nericcio said.

While print books may not be as popular as they once were, comic book stories are growing every day with the help of digital media. WEBTOON is a great example of this.

Unlike other comic book reading platforms such as DC Comics Infinite, Marvel Unlimited, or Comixology, this South Korean digital platform offers original vertical scrolling content from creators around the world. Since its inception in 2004 and its US debut in 2014, WEBTOON has grown into a global phenomenon, averaging over 82 million monthly active users. They even have joint projects with the two big comic book publishers, DC Comics and Marvel Comics.

Big companies are known to collaborate with other brands through strategic advertising to reach audiences they normally don’t. Just over a year ago, on September 8, 2021, the first WEBTOON episode of “Batman: Wayne Family Adventures” was released as DC’s first title on the distribution site.

Over the course of 51 episodes written by CRC Payne and art directed by StarBite aka Rhett Bloom, DC has found plenty of success. From this date of publication, 56.5 million users have seen the series and 1.1 million of them have subscribed. They also have an overall rating of 9.78 stars out of 10. The number of subscribers to “Batman: Wayne Family Adventures” had even managed to top monthly sales of “Batman, Detective Comics” and “Batman: Urban Legends.”

WEBTOON accounts are free for readers. This expands access to fans who may not have the ability to read comics due to other services’ paywalls. Being digital also makes it easier to provide translations to readers around the world to connect them across their different backgrounds.

“I like the idea of ​​comics being a gateway drug because in the United States people associate comics with kids and teenagers,” Nericcio said. “That’s not the case in Japan or Italy, where graphic storytelling and sequential art comics are held with more respect. For example, with manga in Japan or fumetto in France, the tradition of sophisticated, high-level graphic storytelling is enormous.

Building diverse avenues for others to engage with comic book culture expands following and fosters stronger communities; these are some of the main goals set by DC headquarters.

Besides the obvious shift from horizontal to vertical reading, the art style itself captures readers and also breaks away from conventional American comic art styles. Going from hard line work, heavy sketches and complicated inking to a simpler cartoon aesthetic helps those studying the characters to project parts of themselves into these superheroes. StarBite shows there’s beauty in characters who don’t always have eight-pack abs and shines a positive light on the world by using colors that help foster feelings of joy and hope.

The written aspects, in addition to the artistic content of these comics, set them apart from the standard comics found in stores.. These new DC stories (told in episodes rather than issues like traditional comics) are shorter and lighter than typical storylines. It provides an easy transition for fans to learn more about the “Bat-Family” lore and become more engaged. The focus on the daily lives of these heroes, known and unsung, brings a breath of fresh air to avid readers, saturated with gore and other intrigue related to psychological thrillers.

Payne reminds readers why audiences love these heroes in the first place. They are elevated versions of ourselves that we all aspire to be. Not because our idols are beyond reproach, rather it is because they strive, even without superpowers, to rise above them.

Chloe Verove, a first-year in speech pathology and hearing science, is a casual comic book reader who says “Vixen: NYC” stood out especially compared to other DC follow-up WEBTOON series.

“‘Vixen: NYC’ is about a girl who’s in college, so it’s easy to relate to something other than the whole superhero part,” Verove said. “She is very connected to her family, which I find super sweet; and she explores how she doesn’t need her little magic totem to access her powers, which is also really cool. That’s why I’m just a little more drawn to that one.

DC noted the extra attention WEBTOON gave them and has since added to their distributor presence with three new titles: “Vixen: NYC”, “Zatanna & The Ripper”, and “Red Hood: Outlaws”. Following DC’s accomplishments, other comic book publishers such as Marvel and Archie released their own WEBTOON collaborations titled ‘Eternals: The 500 Year War’ and ‘Archie Comics: Big Ethel Energy’.

The comics industry is constantly changing to accommodate the mass market. Whether WEBTOON will be a leader in this new era of consumerism remains to be seen. Whatever the turnout, fans around the world will be the driving force, ready and eager to read.