Comic Creators On The Sandman Comic React To… Sandman 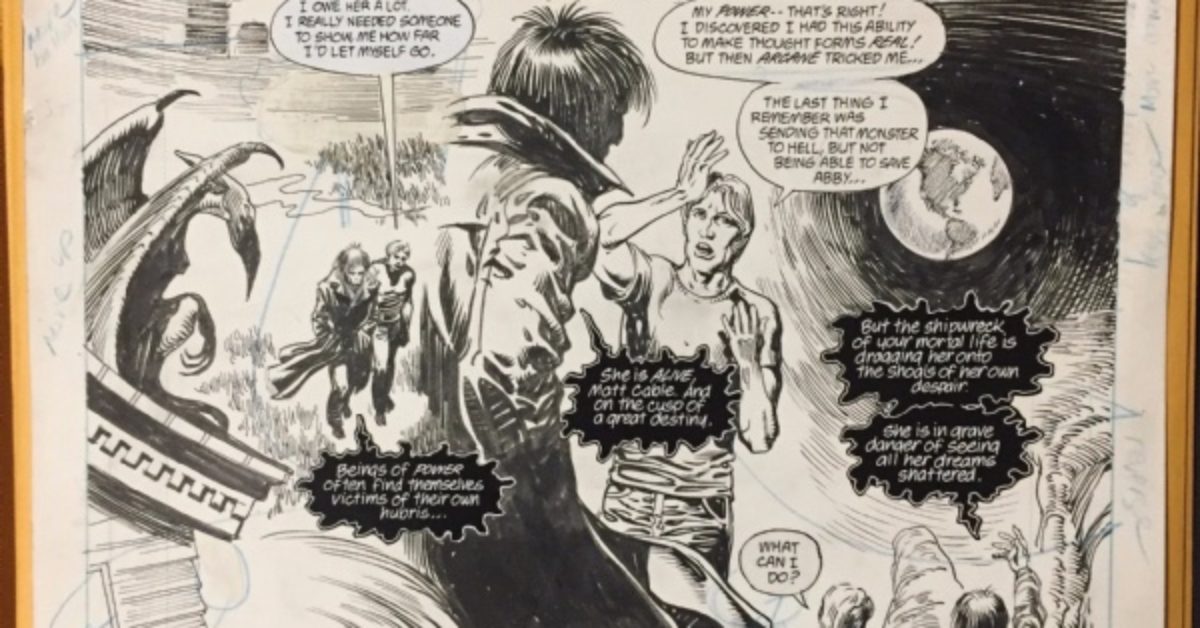 Sand seller has always been more than fair Neil Gaiman. There was a whole host of comic book creators, before and during the creation of the comic, who had their work credited in the new TV series, and will do so for future seasons. So, aside from Neil, how are the creators whose work appears, will appear, or will be referenced in this comic reacting? Some of them post art and tell stories about comic book work.

Charles Ves: I think we should call this National Sandman’s Day, right? This, of course, isn’t actually Sandman, it’s a depiction of Oberon and Titania from an edition of A Midsummer Night’s Dream that I illustrated a long time ago, which in fact prompted Neil asking me to draw issue #19 of the comic book series, but it really looks like Morpheus to me.

Brian Talbot: How to honestly and sincerely compare a work of art translated from one genre to another? What I do know is #TheSandman TV and the comic have moved me to tears in equal amounts. Thank you @neilhimself and everyone who made the Sandman TV show possible.

Colleen Doran: The only thing wrong with the first season of #Sandmanonnetflix was that it was too short. The Corinthian was perfection and @MasonAPark was absolutely DELICIOUS, like looking at a human candy apple, and you want to take a bite out of it! I can’t wait for season 2! Tom Sturridge as #Sandman brings something to the screen that we don’t see often enough. Detention. Subtlety. And a sharp elegance. Others would have made it pompous and missed the quiet grace, the menace and the frail fragility. Less is sometimes…well, less. But with Sturridge as #Sandman, he’s like a whirlwind you fall into. He attracts attention with small moments, and when his power is unleashed, he is really big, not vulgar and showy. He is majestic. And I’m still getting COVID fatigue, so I’ll whip up a nice healthy smoothie, slip into bed and rest watching more #Sandman Then I’ll get back to work…. OK, OK, one more thing about #SANDMAN, I love the low-key, understated beauty of Sturridge’s performance, but there’s that moment that kills me, when he walks down that path out of hell like if he walked the catwalk for Prada, he’s all “I own this scene, beeeyatch!” Beauty! Ok, this parade moment is more like “The devil may wear Prada, but I wear VERSACE”. Sand seller. Brush and ink in gold ink. I can’t remember if it’s real gold ink or an imitation gold pen, but I suspect the latter. Private order.

Rick Veitch: With all the hype surrounding the new Sandman series on Netflix, this made me wonder. Am I the only writer besides Neil Gaiman to write Morpheus in a DC comic? Swamp Thing #84 March 1989. Script by me, Tom Mandrake pencils, Alfredo Alcala inks, John Costanza lettering, edit Karen Berger.

Not the only one, Rick, but definitely the first…

Jamie Delano: Nice to welcome new subscribers following my Sandman/Constantine contribution…but, if you’re hoping for a lot of comic insight, I fear I’ll disappoint. 😉 It occurs to me that a more savvy media cynic might exploit the transient attention fostered by a comment on #TheSandman to point out that while my portrayal of John Constantine was once appealing, readers might enjoy my novels as well “Leepus” which arise from the same evil spirit. 😉 http://lepusbooks.co.uk currently down due to server issues, but the usual retail freaks may be waiting for you. And – I find out coincidentally – Kindle editions are currently ridiculously underpriced at a frankly insulting price of

Andy Diggle: I hope you received more than just a thank you for the Casanova Club stuff in the series.

That would be the scene in Newcastle, snatched straight from hellblazer #11.

Stephane Bissette: FUN STUFF: Many thanks to Neil Gaiman for ensuring this in the credits of the SANDMAN series. And hey, my name spelled correctly, at that.

And a few others joined us too!

Stephen Flat: Congratulations to Neil Gaiman and everyone involved in THE SANDMAN. This piece was made around 2011. Themes of change, metamorphosis and the endless spiral of creation.

Bill Sienkiewicz: Congratulations to Neil Gaiman! and everyone involved in The Sandman. #Smash

Heather Antos: THE SANDMAN is fucking rad. *That’s* how you do a comic adaptation.