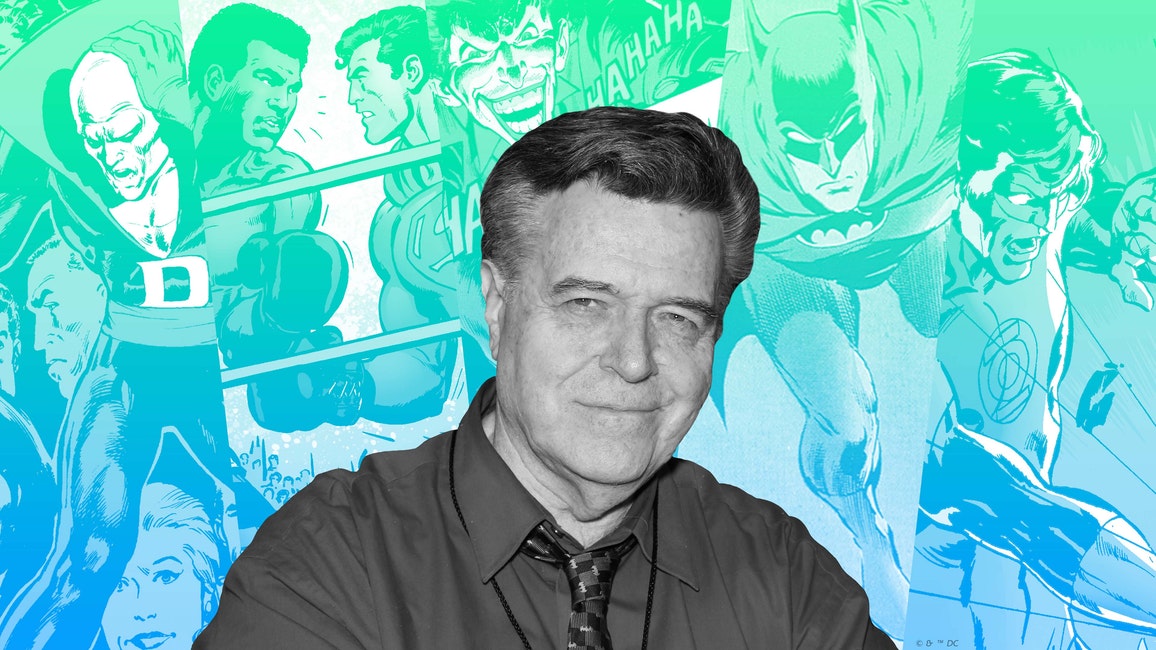 Comic book legend Neal Adams, known for his art style that brought realism to the world of superheroes while being a champion of creators’ rights, died in New York City on April 28, 2022.

According to his daughter, Kristine Stone Adams, the cause of his death was complications from sepsis.

“He was a master in all facets of the art – his range of expression, the dramatic use of light and shadow, the seemingly easy mastery of anatomy and, of course, the characteristic foreshortening pointing finger in your face were just incredibly next level,” DC Comics Creative Director and Publisher Jim Lee wrote in an Instagram post celebrating the life of Neal Adams.

After Adam West’s campy portrayal of the world’s greatest detective in the ’60s, Adams, in partnership with writer Denny O’Neil, took Batman back to his darkest origins near the end of the decade in 1969. Two years later, the creative team created Ra’s Al Ghul. , a new Batman villain who threatened the world on a more global scale with admirable goals of helping the planet at the unfortunate cost of human lives. This character would go on to be portrayed by Liam Neeson in Batman Begins (2005).

Along the way, Neal and O’Neil collaborated on the Green Lantern/Green Arrow series centered on the titular heroes traveling across the United States to tackle real-world issues such as racism, greed, poverty, and drug addiction. Meanwhile, John Stewart, the first Black Green Lantern, was introduced by the couple.

To benefit artistic talent in the industry, Adams made it common practice for artists to have their original artwork returned to publishers, creating a financial opportunity for them to sell to fans and collectors.

Superman’s creators, writer Jerry Siegal and artist Joe Shuster, had sold their rights to the character in 1938 for $130 and sadly faced poverty later in life. As Superman’s popularity grew and deepened in the pockets of DC Comics, when Siegal and Shuster attempted to claim a share, they were stripped of their credit and denied any further work. However, Adams was a major supporter and joined the successful publicity campaign to bring them recognition for their work, health benefits, and a sizable annuity.

“He was the teacher who encouraged more than a handful of people who became the next generation leaders of the field, including Frank Miller, Bill Sienkiewicz and Denys Cowan,” said Paul Levitz, former president of DC Comics, on the phone. to George Gene Gustines for the New York Times.

In communication with DC Comics, people who worked closely with him and knew him well shared words in their recollection of Neal Adams.

“Neal Adams revitalized key characters, set stylistic and narrative templates, introduced a slew of bright young talent to our pages, wrangled with us as conscience, and drew some of the most iconic images of the 20th century” , Levitz said.

“Neal was a game changer. He made a bridge between the generations. He forced the industry to honor its elders and taught my generation to respect themselves,” Miller said.

Artist Bill Sienkiewicz recalled their many conversations about penciling and inking comics.

“Neal and I had endless discussions about his pencils and what he thought the inkers did or didn’t do to capture what he wanted. Most of the time he liked what I did. But when I I was “off”, he didn’t hesitate to call me to discuss what I had done – or hadn’t done. To be honest, I loved these conversations, which almost had the effect reverse wanted. I was thinking, ‘How do I mess up the inks the right way so that Neal and I do it [be] able to speak for a few more hours? In all honesty, he also called when he really liked something, so I didn’t have to resort to harmful inking mistakes. I just like to think he liked filming the #@&% and talking [about] artistic with a friend. I will miss those talks,” Sienkiewicz said.

Artist and Milestone Media co-founder Denys Cowan fondly remembers Adams, even as a parent figure to him as a young teenager entering the industry.

“My boss passed away today and joined the ancestors. Neal was like a father to me on so many levels. He (and really the whole family) took me into Continuity when I was 16 as an intern in high school. Neal, and all of that experience, taught me a lot about comics, drawing, life, really. I owe him and his family a debt that can never be repaid,” said said Cowan.

Thank you for reading this article !

If you want to share your thoughts in reaction to what you just read, feel free to leave a comment below or click here to submit your own opinion piece. The Dorkaholics team is always looking for additional new voices to join us, share their own unique perspectives, and contribute to the diverse platform we are building in our corner of the internet community and pop culture.