Confessions of a Comic Book Guy – Stepping into a post-villain world? 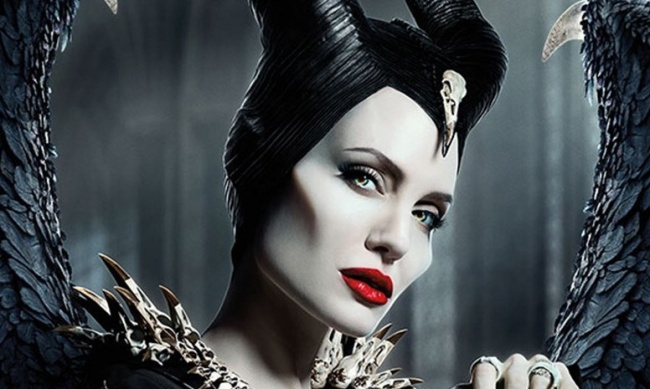 Confessions of a Comic Book Guy is a weekly column by Steve Bennett of Super-Fly Comics and Games in Yellow Springs, Ohio. This week, Bennett talks about how villains have changed in Disney movies.

In 2009, when Disney acquired Marvel, the one thing the two companies seemed to have in common was that they were both synergistic youth entertainment conglomerates. One was children, families and fairy tales; other teens, young adults, and pulp fiction through penny novels and penny dreadfuls. But, one thing they had in common was the bad guys; they knew how to create and market memorable, larger-than-life villains. Thanks to properties like descentabout the teenagers of Disney villains, and the Disney Villains new series from Serena Valentino, Disney characters like Maleficent and Cruella de Vil are arguably better known and earn more than Loki and Magneto combined.

But, we seem to have entered a “post-villain era” in animation where many recent movies from Pixar and Disney don’t have a traditional villain. While they all had different antagonists, the main villain of movies like Moana, Luca, Frozen II, Encanto, and turn red are internal conflicts and intergenerational trauma. I don’t think Disney will completely abandon villains, they are worth too much, but we are clearly entering a world where something so previously unthinkable is not only possible but (extremely) profitable.

The next Pixar movie Light year will feature Buzz Lightyear’s traditional nemesis, Emperor Zurg. Although I guess he won’t be the one-note space conqueror we saw him in the anime series Buzz Lightyear of Star Command, given that “Lightyear producer Galyn Susman says the details about Emperor Zurg are a spoiler, and therefore they can’t reveal much until the film’s release.”

I mention all of this because I would like to suggest that one of the problems with contemporary comics is an overreliance on the traditional superhero/supervillain conflict. Despite the fact that current comics are supposed to be more sophisticated than they were in decades past, too many Marvel and DC titles still rely on the hidden formula that requires X amount of action per issue. And of course, a supervillain.

Perhaps it is high time that publishers abandoned this formula (or at least used it much less) and tried something else. Instead of giving readers what they think they want, maybe they should take a page from Will Eisner The mind and feature stories that put superheroes into stories that span genres and deal with human issues and human feelings.

{IMAGE_4}May 20, 2022 Movie Tic and Tac: Rescue Rangers, debuted on Disney+, and thankfully it’s not a reboot or revival of the franchise. It’s much more of a weird meta-comedy where the main characters, voiced by comedians John Mulaney and Andy Samberg, weave their way through a Who Framed Roger Rabbit-style combination of live action and animation. It’s wonderful and jam-packed with cameos from animated characters from Disney and beyond, many of which are delightful surprises. I don’t want to spoil it for those who haven’t seen it yet, but there are three comic-related character appearances worth mentioning: Kathy from the long comic strip of the same name by Cathy Guisewite, by Robert Crumb Mister Natural from Underground Comix, and Tiger from the 1999 animated series. The Avengers: United They Stand.

And finally, in April (see “As long as you don’t say ‘gay'”) while writing about the “Don’t Say Gay” bill in Florida, I once again wrote about one of my favorite shows, horror – tinged with fantasy The owl house. For two seasons, designer Diana Terrace has been quietly developing a romance between Luz and Amity, a pair of fourteen-year-old girls. It was soft and awkward and for several episodes it stuck to the cheek-kissing and hand-holding stage.

Until last Saturday, when during the episode “Clouds On The Horizon”, they finally kissed. And, as far as I know, there has been no online outrage, which is strange. We are in the midst of this “culture war” where almost anything someone says or does can be considered an assault on someone. I didn’t mention it here at the time, but in January Minnie Mouse briefly swapped a dress for a pantsuit and it caused a major blowout on Twitter.

So you would think that someone like that would cause a major meltdown, but so far, no. Maybe it’s because it’s not a movie, it doesn’t matter as much to some people, or, maybe, at least some of them realized that’s all just not that serious.