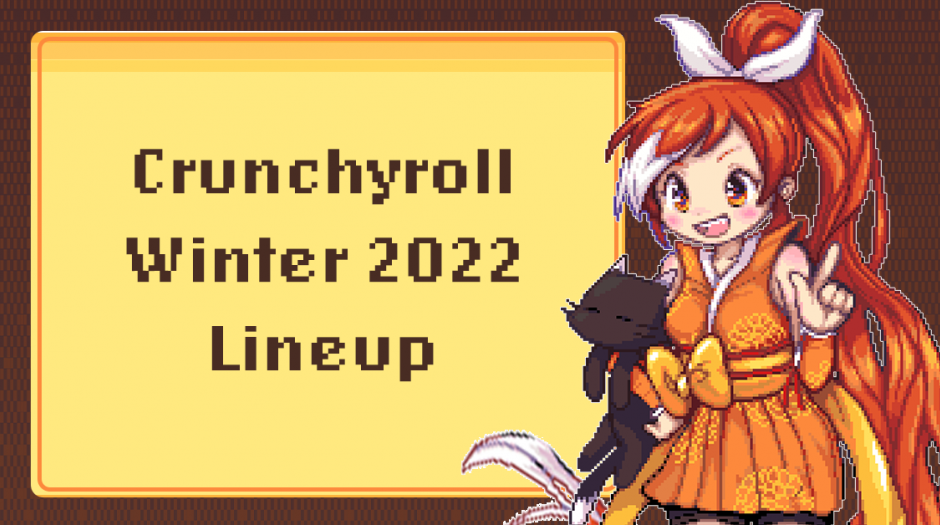 Crunchyroll has just announced its new lineup for winter 2022, ushering in the new year with a roster of over 30 new and returning series. Simulcasts from Japan – subtitled and dubbed – will include Attack on Titan Final Season Part 2; Crunchyroll Original Series Freak angels; My darling in disguise; East; and Vanitas case study.

Fan favorites from fall 2021 include Demon Slayer: Kimetsu no Yaiba Entertainment District Arc and End Platinum with new episodes of Blade Runner: Black Lotus, the original series Crunchyroll and Adult Swim, and super-hit shonen A piece. Ranking of kings arrives on the anime streamer for the first time since the fall 2021 season premiere.

Continuing on from the fall anime season 2021, new on Crunchyroll:

Blade Runner: Black Lotus (Crunchyroll and Adult Swim Original) – Set in Los Angeles 2032, the new story of the Blade runner the universe is revealed. Check out the official trailer:

End Platinum – Creators of Death threat, a young boy must fight against 12 other humans to become the next god of the world. Check out the official trailer:

Boruto: The Next Generations Of Naruto – Boruto continues his adventures to become the ultimate ninja with Team 7 and all your favorite ninjas from Hidden Leaf Village.

A piece – Luffy and the Straw Hats continue their adventures in Wano and fight the mighty Emperors. Check out the official trailer:

Case closed – Teenage detective Ace Shinichi Kudo solves cases after being trapped in the body of a ten-year-old.

Dragon Quest: Dai’s Adventure – Based on the classic Dragon Quest In the series, follow Dai and his group on their journey to defeat the demon lord Hadlar.

Kiyo to Kyoto: From Maiko House – Two girls pursue their dreams in the ancient capital in this slice of life healing anime about a budding maiko and the head of the house.

Tropical Red Jolie Cure – The new PreCure team continues their fight against the evil force of The Witch of Delays.

Yashahime: Half-Demon Princess – The Second Act – The continuation of the feudal tale. Check out the official trailer: