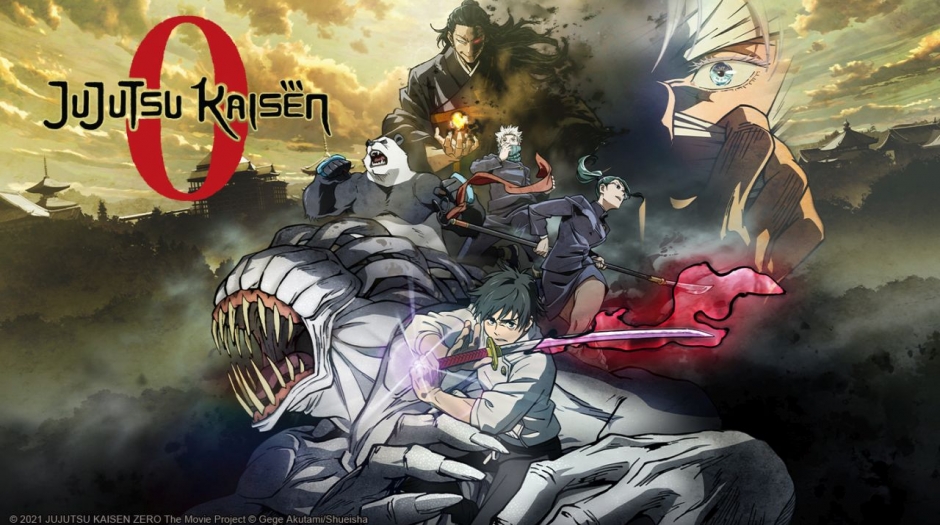 Crunchyroll has revealed more details about its highly anticipated theatrical release of Jujutsu Kaisen 0, including a trailer, images and the English voice cast. Tickets are on sale now in the United States and Canada for the film, which hits theaters on March 18.

TOHO Animation’s dark fantasy film will be available in English dubbed and subtitled and will arrive in over 1,500 theaters nationwide. The film will also be released in select US-based IMAX theaters. More information is available here.

The film follows Yuta Okkotsu, a nervous high school student, who enrolls in the mysterious Tokyo Jujutsu High School under the guidance of Satoru Gojo after being haunted by his childhood friend’s curse.

Crunchyroll has announced the English voice cast for the film, the Japanese cast has already been revealed:

The animated series Jujutsu Kaisen is based on the best-selling manga of the same title, serialized in Shueisha’s Weekly Shonen Jump and has sold over 60 million copies in Japan. In the United States, the series is published by VIZ Media. The anime series was named Anime of the Year by the Crunchyroll Anime Awards in 2021. Crunchyroll and Funimation both have the entire series on their platforms, both subtitled and dubbed, so fans can catch up before see the theatrical experience.

Jujutsu Kaisen 0 is hosted by MAPPA and produced by Sunghoo Park. The film is distributed in the United States, Canada, United Kingdom, Ireland, Australia and New Zealand by Crunchyroll in association with Funimation and in other European countries by Crunchyroll and Wakanim.