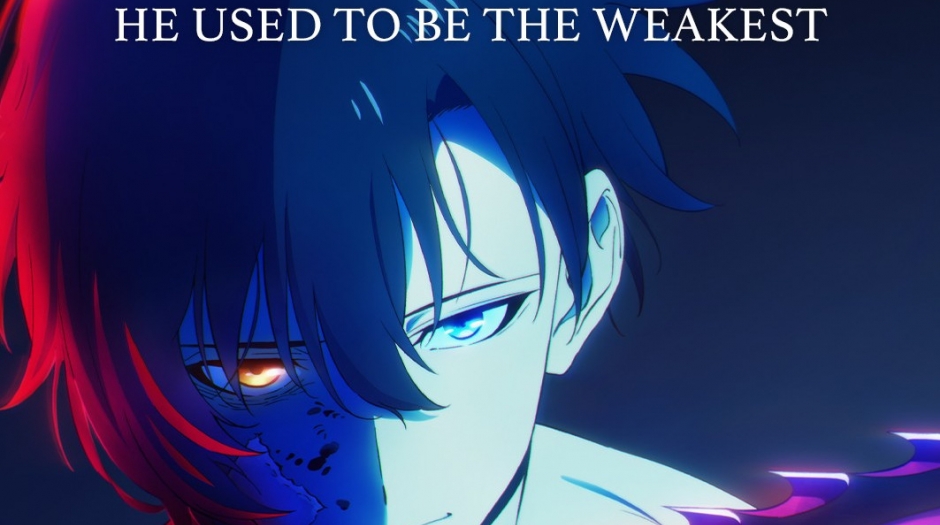 Over the long weekend, Crunchyroll shared a dizzying amount of exclusive announcements with attendees of Anime Expo in Los Angeles.

The latest anime platform updates included news about the my hero academia and dragonball franchises, acquisitions of Solo Leveling and Overlord IVand look first Stampede TrigunSeason 2 of Mushoku Tensei: Unemployed ReincarnationSeason 2 of To your eternityand more.

Here is the full list of announcements made during the Crunchyroll industry panel on Sunday:

Solo Leveling – The beloved Korean manhwa Solo Leveling, written by Chugong and illustrated by DUBU (REDICE Studio), will be adapted into an anime series by A-1 Pictures and simulcast on Crunchyroll worldwide outside of Asia. The first key visual and English Trailer was revealed to much excitement. The production staff was also announced, which included:

Quotes from the Solo Leveling author and illustrator:

Crunchyroll Games presents the summer campaign for Princess Connect! Re: diving as well as the second year of swimsuit character events that are currently underway! A limited-time Makoto (Summer) character was released on July 4.

New key art has been unveiled to confirm that Crunchyroll began streaming the fourth season of the popular anime series on July 5 for the summer 2022 anime season.

BoxLunch announced the launch of this super cute collaboration, with the first piece available for purchase at Anime Expo. The complete Fruits Basket x Hello Kitty and Friends collection, which brings together beloved Sanrio characters with Tohru Honda and the shape-shifting Soma clan, will launch at BoxLunch and Hot Topic in August.

The second season of Mushoku Tensei: Unemployed Reincarnation was acquired by Crunchyroll and will simulcast in 2023. An all-new thrilling trailer has made its world premiere, featuring heroes Rudy, Sylphy, Roxy and Eris on their next adventures.

An anime adaptation of the Tomo-chan Is a Girl! manga, written and illustrated by Fumita Yanagida, has been officially announced and will be produced by Lay-duce studio. The series will simulcast on Crunchyroll from January 2023. Fans got their first look with an all-new key visual along with a subtitled and dubbed trailer.

Carol Olston’s English and Japanese voice is performed by Sally Amaki. Tomo Aizawa will be voiced by Rie Takahashi in Japanese and Lexi Nieto for the English dub. And Kaito Ishikawa will voice Junichiro Kubota, and Rina Hidaka will voice Misuzu Gundo, both for the Japanese voiceover. The core production staff will consist of the following:

To your eternity (Season 2)

Recently announced to arrive on Crunchyroll this fall 2022 anime season, a brand new trailer has been revealed for the highly anticipated second season of To your eternity.

The story of the outcasts

A new teaser visual has been revealed for the anime adaptation of The story of the outcasts. It came with original artwork and a special message from manga author Makoto Hoshino.

Saint Seiya: Knights of the Zodiac – Battle for the Sanctuary

After recently announcing the acquisition, it was shared that Saint Seiya: Knights of the Zodiac – Battle for Sanctuary will premiere on Crunchyroll this summer. Both sub and dub versions of the series will appear on the platform the same day they are released. Voice over languages ​​will include English, Latin American Spanish and Brazilian Portuguese.

Fans were treated to the world premiere of the first In/Spectrum Season 2 trailer.

Season 1 can be binged on Crunchyroll now.

On Friday, July 1 at the North American premiere of the two new My Hero Academia Season 5 OVA, “HLB” and “Laugh! As if you were in hell”, which will debut on Crunchyroll on August 1 at 5:00 a.m. PT. The OVAs (Original Video Animation) will be subtitled and dubbed.

At Stampede Trigun Lock and load the panel!! on Saturday July 2, the participants were able to see the first trailer teasing footage of a young Vash and his twin brother Knives, as well as Rem trying to send the brothers to safety. Time flies and we see Vash, who has become a wanted man with a $60 billion bounty on his head. A new key visual starring Vash the Stampede also debuted for the recently announced anime series reboot which will air on Crunchyroll in 2023. Additionally, the Japanese voice cast was announced, which included Yoshitsugu Matsuoka as Vash Stampede. , Junya Ikeda as Knives Millions, Tomoyo Kurosawa as Young Vash, Yumiri Hanamori as Young Knives, and Maaya Sakamoto as Rem Saverem. It was also announced that Kenji Muto will direct the series. On-site panelists included Yasuhiro Nightow (writer), Kouji Tajima (concept artist), Kiyotaka Waki ​​(producer, Orange), Yoshihiro Watanabe (producer, Orange) and Katsuhiro Takei (producer, Toho).

If you missed all the in-person events at Anime Expo but still want to get in on the action, Crunchyroll will be hosting daily recaps of all the highlights from its Twitter, instagram, ICT Tacand Youtube channel.