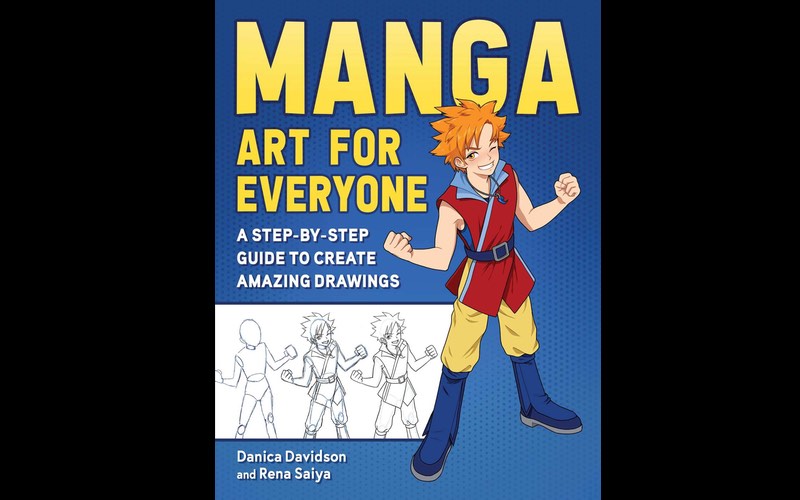 Danica Davidson has published thousands of articles during her career as a journalist. Some of these outlets are MTV, The Onion, CNN and over fifty other publications. She has also published many novels, such as Escape from the overworld and Attack on the Overworld; both set in the world of Minecraft. His latest projects are Chalk Art Manga: A Step-by-Step Guide and Manga art for everyone, the sequel to the best-selling Manga Art for Beginners. Wanting to know more about this book, Scifipulse had the chance to interview Davidson.

To know more about her, you can visit her home page and follow her on twitter @DanicaDavidson.

Nicholas Yanes: 2020 was the last time I told you about work. How has life been for you? Superpowers?

Danica Davidson: Maybe it’s a superpower that I’m still standing for after the past two years! Things have been really difficult. But I’m so relieved to move on, and happy to release new books.

Yanes: I interviewed you for the first time in 2015. How has your approach to writing changed over the years?

Yanes: On that note, what do you think has been the biggest change in the publishing industry since 2015?

Davidson: Increasingly, authors are expected to do their own promotion. It used to be that editors did all of that for you and writers could just write.

Yanes: You have a writing career that has spanned over a decade. What are some of the key lessons you learned on this journey?

Davidson: I started writing professionally in high school as a journalist, so it’s been over a decade. I learned to keep building on what I created. You don’t show up one day and get a book published. There is a lot of work and networking associated with it.

Yanes: Your last job is Chalk Art Manga: A Step-by-Step Guide. What was the inspiration for this book?

Davidson: This is my third manga book, and eighteenth overall. It all started when Julie Ganz, an editor at Skyhorse Publishing, approached me with the idea of ​​doing a manga book with chalk art. As soon as I heard this, I thought: why hasn’t anyone done this before? Of course, I wanted to work on it! I loved chalk art as a kid, and this brings it all back, along with my love of manga.

Yanes: The manga has an incredibly rich history. What are your favorite manga? For example, if you were given $10,000 that you could only spend on historical manga art, which artists would you buy?

How far back do we go for history? If you’re talking about older manga art, I should start with Osamu Tezuka. I would also like some early shojo art, like Moto Hagio and Keiko Takemiya and others from Year 24.

Yanes: While writing this book, how did your opinion of manga evolve?

Davidson: I wouldn’t say my opinion of manga really changed, but it brought back my love of chalk art, which I hadn’t experienced in years. I think one of the cool things about manga chalk art is that you can use all kinds of colors, whereas manga tends to be black and white. Having manga characters in chalk really makes them stand out with their vibrancy.

Yanes: Rena Saiya is a great artist for this book. When did you know Saiya was the right person for the project?

Davidson: Rena and I have worked together before on Manga Art for Intermediates, which is the sequel to my bestselling Manga Art for Beginners. So as soon as Julie mentioned a book of manga pencils, I thought of Rena. She’s an incredible artist and a true professional, and she speaks English, which removes the language barrier. I’m glad Rena wanted to work on this project with me, and you can see her artwork is beautiful.

Yanes: When people finish Manga Art Chalkwhat do you hope they take away from the experience?

Davidson: I hope it will give them a lot of outdoor fun creating these designs. If they want to do more manga drawings (on plain paper), we can also keep them busy with manga art for beginners and Manga art for everyone.

Yanes: Finally, what else are you working on that people can look forward to?

Davidson: Manga art for everyone is my next book, which comes out July 19.

I also spend a lot of time promoting my other new book, I will protect you, which is unlike anything else I’ve published. I worked on it with Eva Kor, twin from Auschwitz, and she tells her story of surviving the Holocaust to children aged 8 to 12.

After that, we’ll see what’s next! People can check out my website www.danicdavidson.com to learn more.

Remember, you can find out more about her, you can visit her home page and follow her on twitter @DanicaDavidson.