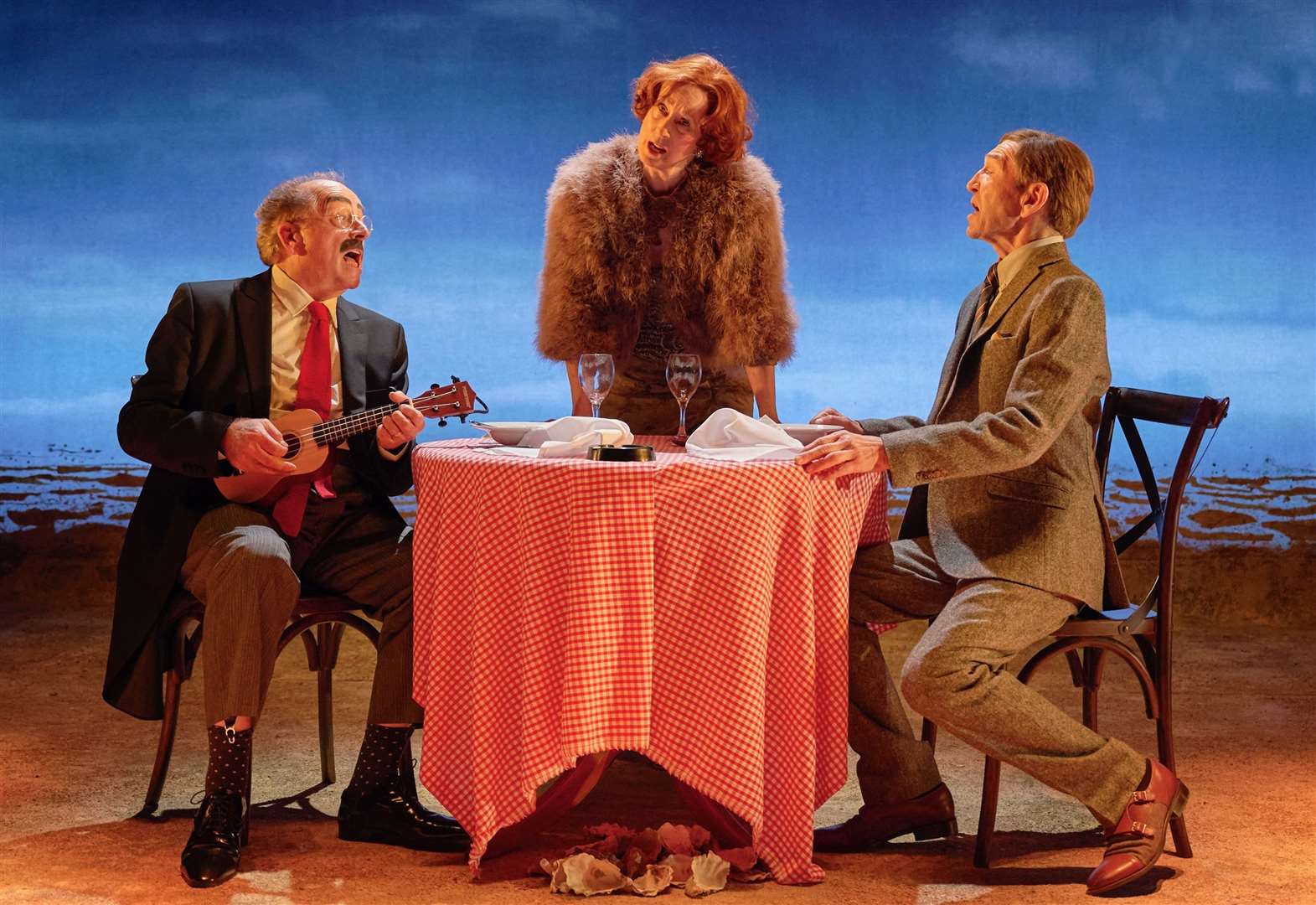 Dine with Groucho at the Oxford Playhouse November 2-5. Rreview by JON LEWIS

In June 1964, seven months before his death, St. Louis-born poet TS Eliot dined at his London home with actor and comedian Groucho Marx.

Their correspondence still exists, as does a letter Groucho wrote to his brother Gummo about the evening. Those letters are the basis for this new comedy play by Irish playwright Frank McGuinness which debuted in Dublin in September.

It’s so fitting that this play, directed by Loveday Ingram for the B*spoke Theater Company, toured the Playhouse after its dates in Dublin, Belfast and London.

It’s the centenary of Eliot’s great poem, The Waste Land, and Eliot was a postgraduate student at Merton College, Oxford, where there will soon be an exhibition about Eliot and the poem.

McGuinness has reinvented this dinner, which takes place not at Eliot’s but in a fantastic London restaurant overlooking a wide river and its beach (designer Adam Wiltshire).

They are the only guests in the restaurant, summoned by a medium-looking owner (Ingrid Craigie).

Eliot (Greg Hicks) and Groucho (Ian Bartholomew) form a bizarre double act, each bouncing witty ideas, accusations and jokes at each other as if they were on stage at the London Palladium.

McGuinness has them singing, dancing, joking and engaging in physical theatre, performing with each other.

Some of the lines are true, coming from Groucho’s letter, the rest are fantastic recreations of men who, despite their American origins, have little in common beyond their fame.

Groucho, who is Jewish, and Eliot, who published anti-Semitic views in prose and poetry, encounter a veneer of propriety like skating on thin ice.

The three performers are marvelous in this mixture of sharp comedy and rich intellectual contests. Groucho generally likes to cut one-liners, Eliot more knowledgeable, but also rude witticisms. The play turns farcical as the duo josh over the chicken soup starter that isn’t Groucho’s movie Duck Soup and ends with a mournful acknowledgment that the dinner is imaginary.