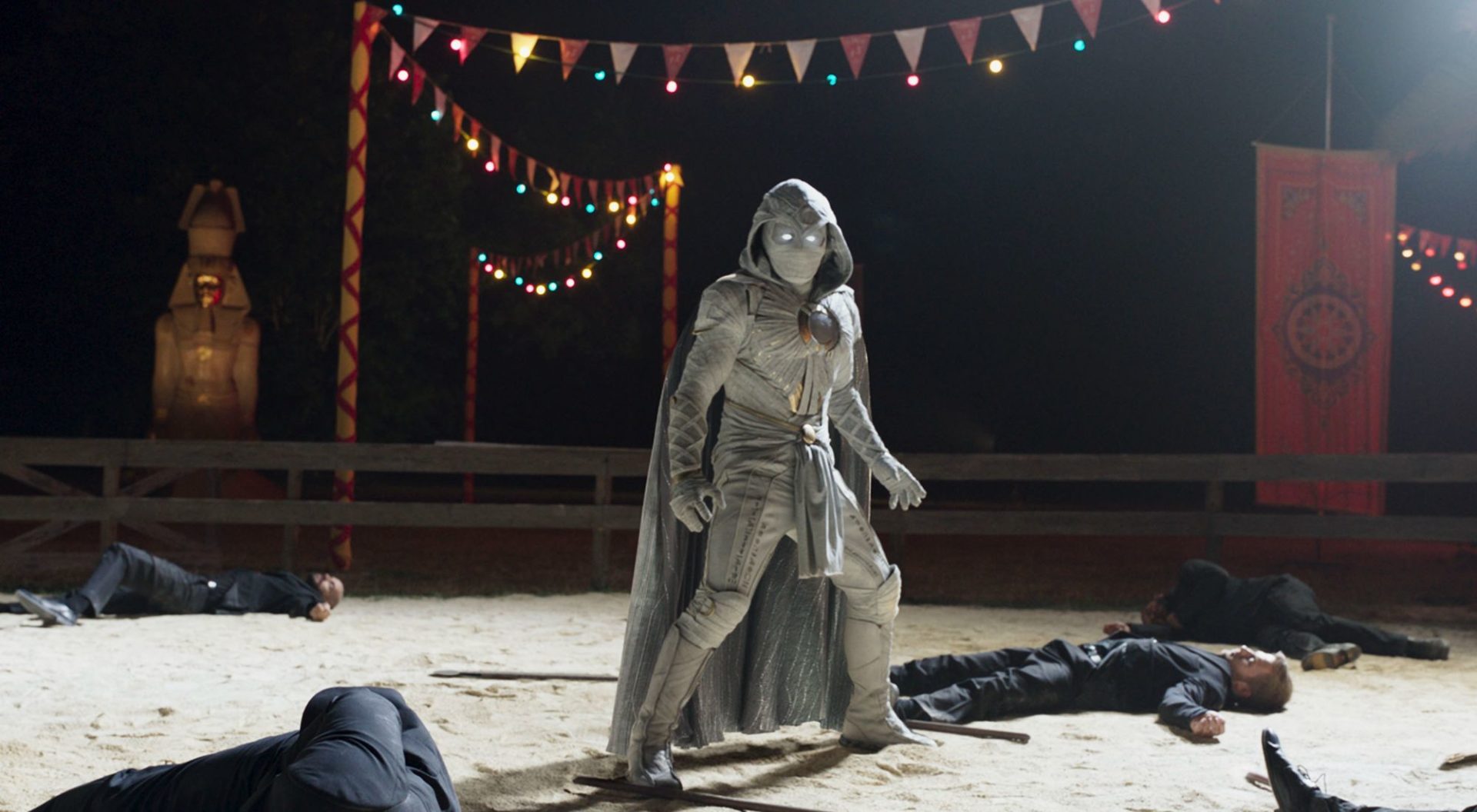 Moon Knight is considered by some to be Marvel’s Batman, with lead character Marc Spector resembling some of the characteristics of Bruce Wayne, such as relying on his money to fund his crime-fighting life.

On a moral note regarding Moon Knight’s cause, we reveal whether or not the Egyptian superhero kills and discuss whether he’s considered a hero or a villain.

Starring Oscar Isaac as the titular vigilante, Ethan Hawke, Gaspard Ulliel and May Calamawy, the series created by Doug Moench, Jeremy Slater and Don Perlin, follows former U.S. Marine, Spector, as he battles trouble dissociative of the identity and his new powers of the Egyptian moon god, Khonshu.

Yes, Moon Knight kills when he needs to, breaking away from Batman and Daredevil’s no-kill rule.

While Moon Knight doesn’t kill every villain he encounters, some of his comic book kills are pretty gruesome to Marvel, and the vigilante’s body count rivals that of The Punisher.

An example of Moon Knight’s murders involved his greatest enemy Raoul Bushman, where the vigilante proceeded to carve the villain’s face-off with his crescent dart.

Is the vigilante a villain?

Despite Moon Knight killing and not holding back, the character is still believed to be walking a hero’s path – at least for now.

In addition, the Egyptian god Khonshu, source of Mark’s powers, would be a symbol of vengeance and justice. Moon Knight, however, is a defender of justice by obeying Khonshu’s orders, but the way he seeks revenge may not fit Captain America’s code of conduct.

marvel’s Moon Knight will consist of six episodes in its first season, with each installment lasting between 40 and 50 minutes.

Adhering to Disney’s past pattern with Marvel shows, each episode will be released weekly on a Wednesday.

Below, we’ve provided an episode guide to upcoming episodes, with air dates to mark in your calendar:

Moon Knight is now streaming on Disney Plus.

In other news, Does Samuel die in Elite? Season 5 flash-forward explained