‘Encanto’, ‘The Mitchells vs. The Machines’, ‘Flee’ Animation Contenders – The Hollywood Reporter 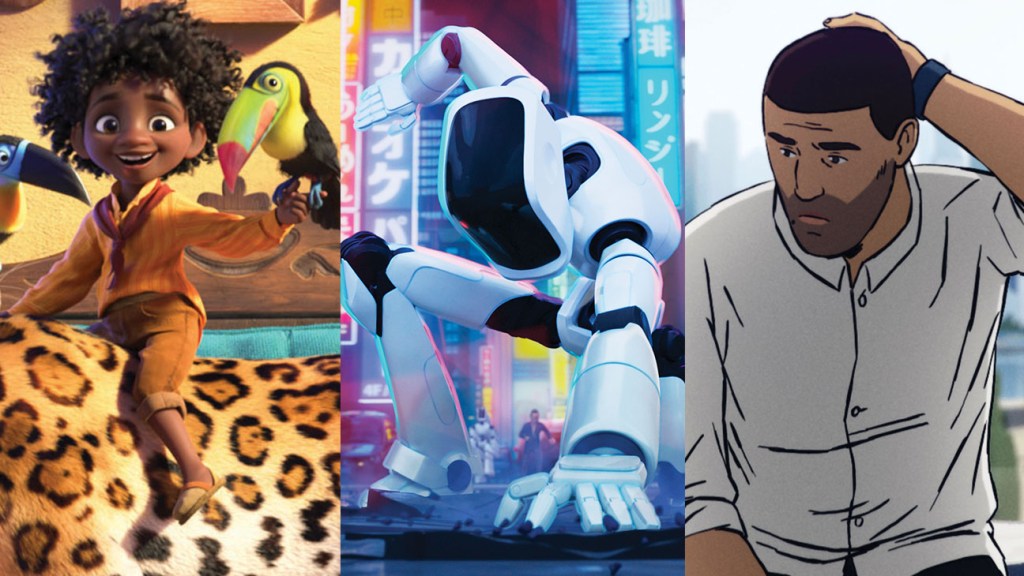 The survival story of a refugee child, a maniacal virtual assistant voiced by Olivia Colman, and several musicals – including two featuring original songs by Lin-Manuel Miranda – are all factored into the feature film’s Oscar race. crowded animation this year.

Jonas Poher Rasmussen’s animated feature documentary To flee, the intimate story of a man who escaped Afghanistan as a child, already occupies a unique position, having been selected as a Danish candidate for the international feature film competition. The film has garnered numerous awards, including the Grand Jury World Cinema Prize at Sundance and the Crystal for Best Feature Film at the Annecy International Animated Film Festival. A December 3 release is planned by US distributors Neon and Participant.

The Oscar for Best Animated Feature was first awarded in 2002, and since then Walt Disney Animation Studios and its brother Pixar have won in the category 14 times. This year’s lineup includes Disney’s Encanto, a Colombian musical directed by Oscar-winning actor Byron Howard (Zootopia) and Jared Bush on a magical family. With original songs by Miranda, he bows in time for Thanksgiving.

Meanwhile, Disney’s inspired by Southeast Asia Raya and the last dragon – a fantasy that debuted in March – features the voices of Kelly Marie Tran and Awkwafina as the respective lead characters. The adventure was led by Oscar-winning actor Don Hall (Great hero 6) and Carlos Lopez Estrada from a screenplay by Adele Lim (crazy rich asians) and Qui Nguyen.

Also in the running is Luca, the coming-of-age tale of a sea monster from the Italian Riviera by Pixar that marks the first feature film by Enrico Casarosa (Oscar nominated for La Luna, his Pixar short film made in Italy in 2011).

Disney’s 20th Century Studios and Locksmith Animation have teamed up to Ron was wrong, an animated comedy directed by Sarah Smith (who also wrote) and Jean-Philippe Vine about a socially awkward college boy and Ron, his digitally connected new “best friend”, voiced by Zach Galifianakis. The film also represents the first feature film of the new animation branch of the VFX DNEG house.

Netflix quickly became a force in the animated feature race after winning Oscar nominations for its first original animated feature. Klaus in 2019 and On the moon in 2020. This year, the contenders for the streamer are The Mitchells vs. the Machines, the story of a robot apocalypse led by a Colman-voiced rogue virtual assistant that brought together the Oscar winner Spider-Man: Into The Spider-Verse producers Phil Lord and Christopher Miller with Sony Pictures Animation.

Miranda, meanwhile, also contributed original music to sets from Cuba and Miami. Vivo, directed by Kirk DeMicco (Oscar nominee for The Croods) via Sony Pictures Animation for Netflix. It follows a kinkajou voiced by Miranda and features a voice cast that includes Juan de Marcos González and Gloria Estefan.

Netflix’s 2021 lineup also featured The Summit of the Gods, a traditional mountaineering drama directed by Patrick Imbert (The big bad fox and Other tales), based on the 1998 manga by Jirô Taniguchi and Baku Yumemakura; Wish dragon, the story in Shanghai of writer-director Chris Appelhans of a student who meets a dragon capable of granting wishes; and Back to the Outback, in which deadly creatures plan an escape to a zoo.

For the holiday season, Universal’s Illumination Entertainment is releasing Sing 2, the sequel to his 2016 musical about a theater owner (a koala, voiced by Matthew McConaughey) who decides to hold a singing competition. Returning cast members, including Reese Witherspoon, Scarlett Johansson, Taron Egerton and Tori Kelly, are joined by Bono, who plays a lonely rock star. Produced by Illumination Director Chris Meledandri and Janet Healy, Sing 2 brought Garth Jennings back to directing.

Universal’s DreamWorks Animation premiered two films this year, including Elaine Bogan-helmed Untamed spirit, which follows a young girl who befriends a wild horse, a character that first appeared in the Oscar-nominated animated film in 2002 Spirit: stallion of Cimarron, followed by the Emmy Award-winning Netflix series Spirit Riding Free. Meanwhile, Oscar-nominated director Tom McGrath (perhaps best known for the Madagascar movies) is back with Boss Baby: Family business, the sequel to his 2017 comedy The boss baby.

MGM The Addams Family 2, directed by Greg Tiernan and Conrad Vernon, is the sequel to 2019 The Addams Family, based on the characters of Charles Addams. The returning voice cast is headed by Oscar Isaac and Charlize Theron. Paw Patrol: The Movie, a Paramount release directed by Cal Brunker, is also among this year’s contenders.

The GKIDS Independent Distributor List this year is led by Beautiful by Oscar-nominated writer-director Mamoru Hosoda (Mirai), which offers a new look at the The beauty and the Beast tale as reimagined in the real world of Japan and an online virtual world called U. The film recently won a Special Jury Prize at the Animation Is Film Festival in Hollywood and is set to hit theaters Jan. 14 in the United States. Not to be underestimated, GKIDS is a proven force in the animated feature film category; since 2010, it has won 12 Oscar nominations for Best Animated Feature, including one last year for Wolf walkers.

This story first appeared in the November 10 issue of The Hollywood Reporter magazine. Click here to subscribe.