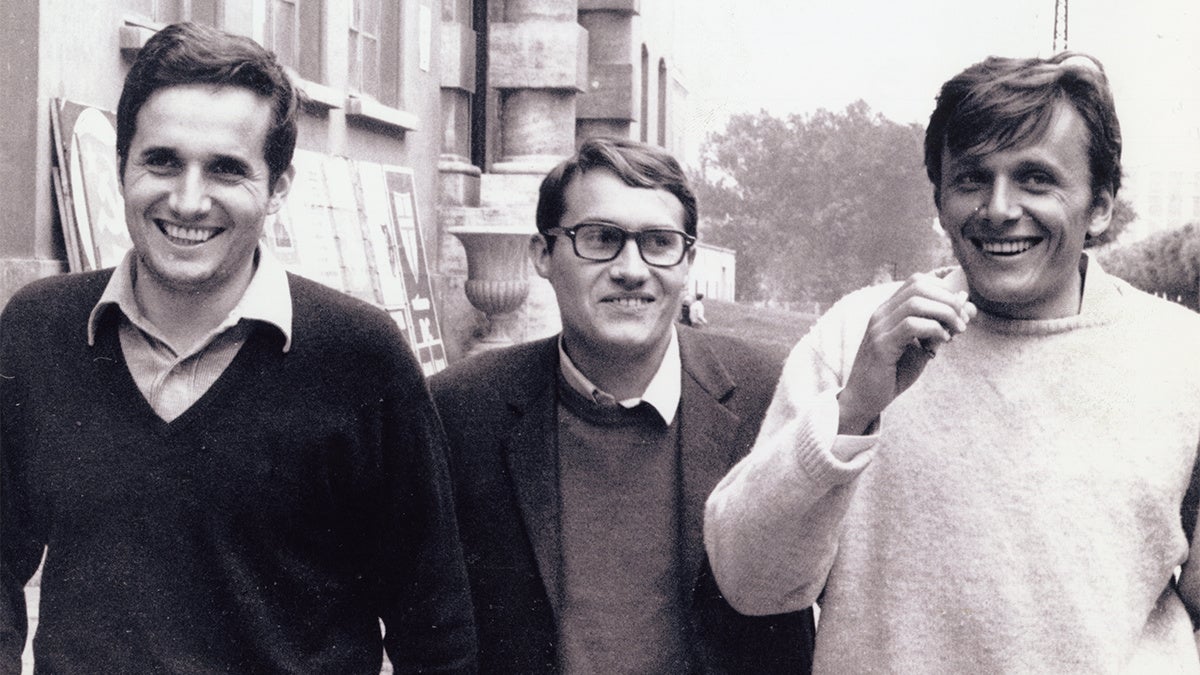 From his dazzling debut feature “Fists in the Pocket” in 1965, Marco Bellocchio used the emotions born of the conflicts within his own large family as a creative spur, and in some of the films he made thereafter ( like “The Eyes, The Mouth” in the early 80s and “My Mother’s Smile” in the early 2000s), he emotionally returned to dramatizing his own family issues.

And now, in his documentary ‘Marx Can Wait’, which brings together the remaining members of the Bellocchio family for what could be one last reunion, Bellocchio reveals – with an almost frenzied concentration that is the hallmark of his work – the trauma that haunted him for most of his life: the suicide of his twin brother Camillo at age 29 in 1968.

Bellocchio has dealt with Camillo’s death before in his films: in “The Eyes, the Mouth”, Camillo’s character is called Pippo, and Bellocchio imagined a redemption for the character of Pippo’s brother which involved him taking with a woman that Pippo had left behind. Bellocchio now sees “Eyes, Mouth” as a way to protect and appease his mother, who was still alive at the time of its creation; it is only in “Marx Can Wait” that he confronts the truth about what happened with his brother and with their family as a whole.

“Marx Can Wait” kicks off a little slow as we see the Bellocchios at their reunion meal, and that’s partly because there are so many of them; it takes time to understand who they are. Bellocchio incorporates documentary footage of Mussolini and scenes from his own films as markers of moments from his family’s youth. But it is Camillo who is presented as the star of “Marx Can Wait”; Bellocchio uses a lot of film footage of his long-lost brother-in-law, who stares hoodedly into the camera as his now-elderly siblings discuss his life and his fun-loving but wistful character on the soundtrack.

“Fists in the Pocket” remains one of the major films of its period due to its still gripping sense of an oppressive middle-class home atmosphere lacerated and burned by unconscious and forbidden emotional impulses; there is a hysterical and grotesque and almost humorous feeling in this image of repression and excessive propriety giving way to the wildest gestures of destruction and self-destruction to relieve all that pressure.

In “Marx Can Wait”, we hear of similar clashes in Bellocchio’s family life, and just hearing about those fights has an even greater liberating force than any of the scenes in his fictional treatments of his family. When one hears of his father’s death and how his mother immediately faked it into her obsessive need to follow the rules of her religion, it has the same overheated, near-comic tone as scenes in Bellocchio’s narrative feature films. . Yet here there is also the enormous relief of old people who speak and hide nothing. It seems like they’re all thinking, “Mom’s gone, so now we can finally try to get closer to the truth.”

Camillo was jealous of his brother’s success as a filmmaker, and Bellocchio is clearly driven by guilt for not responding to a letter Camillo wrote to him in the mid-1960s asking for career advice. In a family as large as the Bellocchio clan, there will always be children who will be neglected due to the more obvious and serious claims of certain siblings. (One of Bellocchio’s sisters is hard of hearing and his brother Paolo suffered from an unspecified mental condition that made him prone to regular and very upsetting verbal outbursts.)

The climax of “Marx Can Wait”, which is what a desperate Camillo told his then politically radical brother, Marco, comes in the harrowing depiction of Camillo’s suicide by hanging and the discovery of his body by his mother. . A relative who was there said that after matriarch Bellocchio found Camillo’s corpse, she tore the dress from her own body and continued to scream, “I’m not going to die!” Hearing this scene recounted in detail is just as disturbing as any scene in a Bellocchio narrative feature, and in some ways it’s more disturbing because the mask of creative distance has been so completely shed.

“Marx Can Wait” is a crucial and profound addition to the filmography of one of the greatest living filmmakers, and it ends with a loving reconciliation with the past so moving and so compelling because it is so hard-won. It’s a film that has a rare kind of final cathartic authority.