From Avatar to Totally Spies, can western animation ever be considered anime? 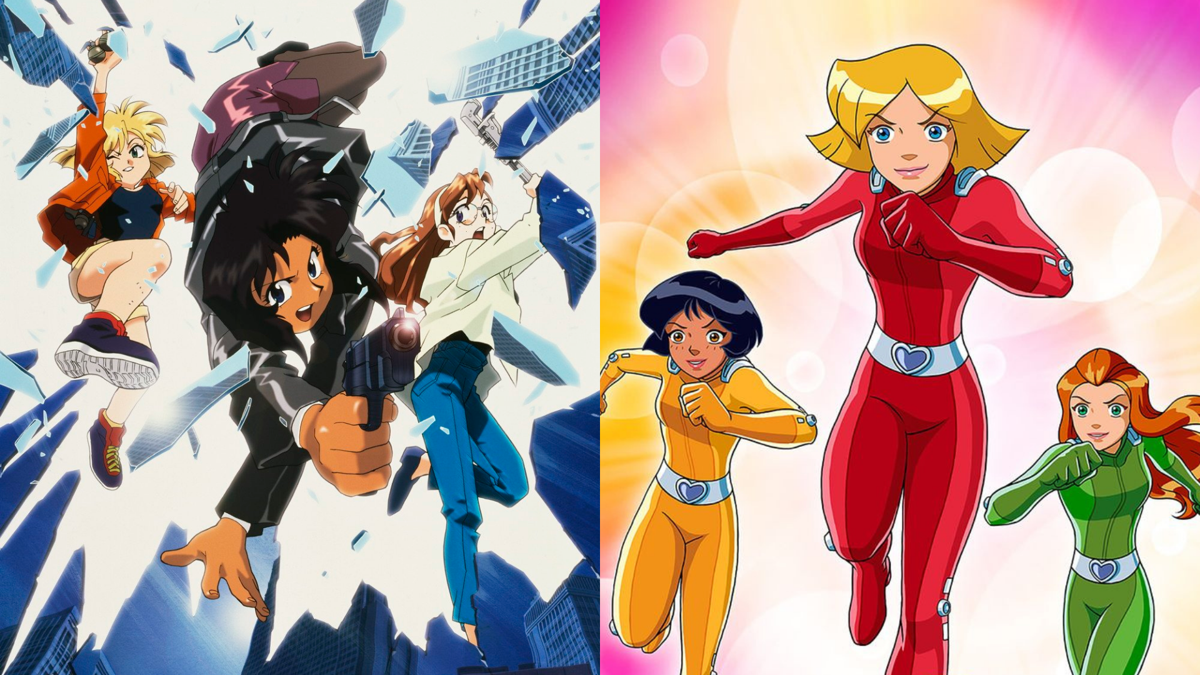 Anime and manga have become more than just a way to consume stories from Japan, and have become a way of life for fans in Japan and abroad. From the late 90s and early 2000s, Japanese media quickly became mainstream and were touted as a more serious and cooler alternative to Western productions.

It all came full circle when Western companies created their own brand of “anime” so to speak, with shows paying homage to Japanese animation styles, like Teen Titans and Avatar: The Last Airbender.

Another of those shows was Totally Spies, which most Southeast Asians remember aired through the regional edition of the Disney Channel. Although he is considered a cult favorite, some say his character designs are similar to those of a real Japanese anime. Was it a coincidence or an act of plagiarism?

There is also a similarity between the personality of each character. Yellow Totally Spies member Alex Vasquez has brown skin and black hair like Gunsmith Cats main character Rally Vincent. They are both the heart and moral compass of the group.

Totally Spies red-haired member Clover Ewing sports short blonde hair similar to Minnie May, the Gunsmith Cats’ gung ho bomb specialist. While the two characters are described as the most passionate and temperamental members of their teams, Clover is more of a dumb, dumb blonde, while Minnie has a darker past for her.

Both teams also have an intellectual among them, Sam Simpson of the Totally Spies and Becky Farrah of the Gunsmith Cats. The main difference between them is that Becky’s knowledge is mostly about the shady criminal world, while Sam is more of a bookworm, Lisa Simpson type.

One thing the two series have in common is that they feature stunning female protagonists, with Gunsmith Cats focusing on bounty hunters in Chicago and Totally Spies being more of a tribute to the anime as a whole and Charlie’s Angels. .

While the French creators of Totally Spies, producer Vincent Chalvon-Demersay and his team at Marathon Media have not publicly declared their influences for the series, it is safe to postulate that this is a deliberate tribute to the Gunsmith Cats, as much as it is a tribute to the Charlie’s Angels original and the recently released Cameron Diaz-directed remakes.

Compared to most European and American countries, France has a long and varied history with anime and manga, the most out of all western countries. France alone occupies around 40% of the European manga market, One Piece alone having sold 2,179,989 copies in 2020.

In fact, in 1991 France beat most Western countries with its theatrical release of Akira, cementing the media’s impact on their pop culture. The best example of this is Daft Punk’s collaboration with Toei Animation on their animated film, Interstella 5555: The 5tory of the 5ecret 5tar 5ystem.

Since then, France has even developed its own line of French-made manga known as Manfra, and Marathon Media is not the only French cartoon to pay homage to the anime in its presentation and artistic style. . Besides Totally Spies’ sister series, Martin Mystery, we also have WITCH, Code Lyoko and Wakfu.

So if French-made manga are allowed to be called Manfra, what about French-made animes, Franime? If France can make their own versions of manga and anime, does that mean the rest of the world can too?

Really, this is where the line starts to blur between anime and western animation. As much as most anime fans would love to keep things Japanese and restrict the art form to its home country, even before Totally Spies, Western animation and Japanese anime worked in tandem to improve the animation and tell more compelling stories.

The Manga’s godfather, Osamu Tezuka, who created Astro Boy, was himself inspired by the works of Walt Disney. He in turn became the inspiration for entire generations of manga and anime creators.

In Japan, anime simply means an animated work of art, regardless of its provenance. For Japanese viewers, the likes of Teen Titans and Totally Spies would be considered western anime anyway.

This anime-influenced western animation practice can still be seen today with Netflix’s original lineup of animated shows like Castlevania and Voltron: Legendary Defender being referred to as anime.

Champagne these days isn’t necessarily made in Champagne, France, so maybe it’s time to take a closer look and accept that anime can be made all over the world, and Totally Spies was definitely a pioneer in this regard.