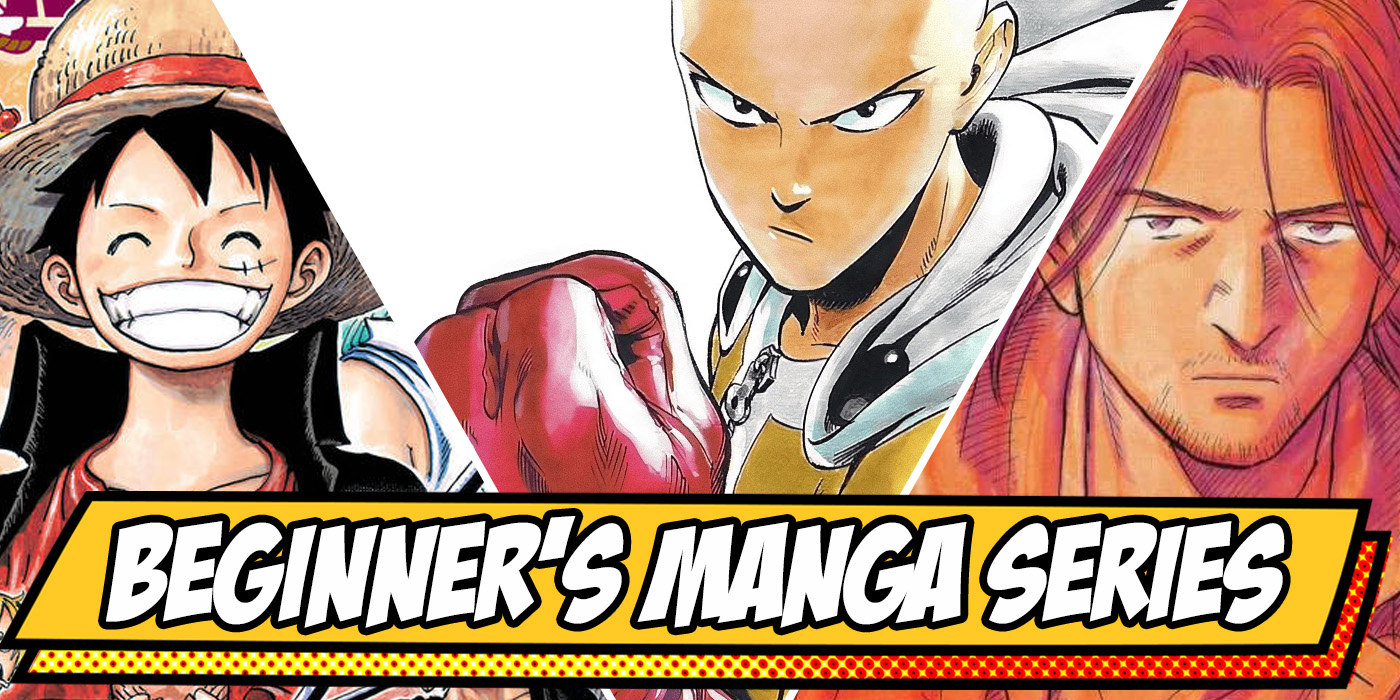 Switching from American comics to manga can seem a bit daunting. Check out one of these beginner manga series to get used to it!

Picking your first manga isn’t an easy task – sometimes Japanese comics can feel like a genre all their own. Maybe you’re nervous about reading right to left and front to back. Maybe the art or dialogue looks a bit unusual. No matter what’s holding you back, these Japanese comics will have you turning so many pages that you’ll forget which direction you’re turning.

As always, we know digital comics come in handy. But if you see something you absolutely must own in the meat space, be sure to visit your local comic book store!

Johan is a cold, calculating killer with a mysterious past, and the brilliant Dr. Kenzo Tenma is the only one who can stop him! Serial conspiracy and murder open the door to a gripping and intricate plot in this suspenseful masterpiece.

Everyone faces uncertainty at some point in their life. Even a brilliant surgeon like Kenzo Tenma is no exception. But he couldn’t have known that his decision to stop chasing professional success and instead focus on his oath to save people’s lives would result in the birth of an abomination. The questions of good and evil now take on a terribly real dimension.

Years later in Germany, during the tumultuous post-reunification period, childless middle-aged couples are killed one after another. The identity of the serial killer is known. The reasons he kills are not. Dr. Tenma goes in search of the killer’s twin sister, who may hold clues to solve the riddle of the “Monster”.

After a family tragedy turns her life upside down, brave high school student Tohru Honda takes matters into her own hands and moves…to a tent! Unfortunately for her, she sets up her new home on private land belonging to the mysterious Sohma clan, and the owners are quick to discover her secret. But, as Tohru quickly discovers when the family offers to take her in, the Sohmas have their own secret: when touched by the opposite sex, they transform into Chinese zodiac animals!

A punch by ONE & Yusuke Murata

Whenever a promising villain appears, Saitama defeats them with a single punch! Will he finally be able to find an adversary capable of confronting him and giving meaning to his life? Or is he doomed to a life of overpowering boredom?

A play by Eichiro Oda

As a child, Monkey D. Luffy was inspired to become a pirate by hearing the tales of buccaneer “Red-Haired” Shanks. But his life changed when Luffy accidentally ate the Gum-Gum Devil Fruit and gained the power to stretch like rubber…at the cost of never being able to swim again! Years later, still swearing to become the king of the pirates, Luffy embarks on his adventure…a lonely guy in a rowboat, in search of the legendary “One Piece”, considered the greatest treasure in the world…

Tsukimi Kurashita has a strange fascination with jellyfish. She has loved them since a young age and carried that love with her into her new life in the big city of Tokyo. There she resides in Amamizukan, a haven for geeky girls who regularly gush about a range of things from trains to Japanese dolls. However, a chance encounter at a pet store leads Tsukimi to cross paths with one of the things the people of Amamizukan have desperately tried to avoid: a beautiful, fashionable woman! But there is much more to this woman than her trendy clothes! This strange encounter is just the beginning of a new and unexpected path for Tsukimi and her friends.

Just so you know, if you buy these comics, we’ll make some money. Obviously, we need that money to buy millions of shelves to store our hundreds of volumes of shojo manga.

Get Tabletop, RPG and Pop Culture news straight to your inbox.

Danni is a writer and editor whose expertise lies in comic books, superhero movies, sci-fi/fantasy, horror, and nerdy dad jokes. They spent 8 glorious years working at Austin Books & Comics and creating content for almost 15 years. They have written for the Daily Dot and created YouTube content with the Weirdlings. Danni currently does everything for BoLS, Screen Fanatic and TheStreet.