Greg Johnson talks about the final season of Pacific Rim: The Black 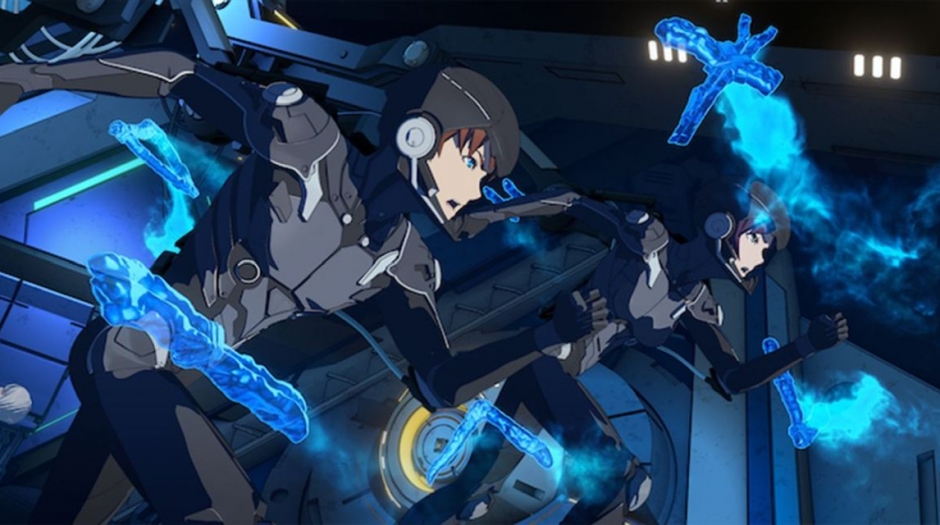 It’s been an epic journey for the creators and the characters, but now it’s coming to an end.

Pacific Rim: The Blacka legendary television animated series based on Guillermo del Toro’s famous Pacific Rim film franchise, which first aired on Netflix last year; it followed the adventures of siblings Taylor and Hayley as they sailed the Kaiju-ruled continent of Australia with an unarmed – and previously abandoned – Jaeger trying to find their lost parents.

Season 2, which premiered on the streamer yesterday, is the final chapter in Taylor and Hayley’s quest as they aim to reach the safety of Sydney aboard Atlas Destroyer, the drive Jaeger left behind him during the continent-wide evacuation when Kaiju passed Australia. With teenage assassin Mei and the mysterious human/kaiju hybrid “bOy” joining the siblings, this makeshift family must traverse dangerous territory controlled by the Kaiju’s bloodthirsty sisters who believe bOy is their long-awaited messiah and never will stop at nothing to indoctrinate him into their dark circle – something Hayley would sacrifice anything to prevent.

We had the chance to speak with Greg Johnson, who alongside Thor: Ragnarok writer Craig Kyle, who co-created, co-wrote, and co-executive producer of the series, and take a walk through time to discuss the series’ origin story, in honor of del Toro Pacific Rim legacy while forging its own path, animating with Polygon Pictures, and what fans can look forward to with the show’s second and final season.

Victoria Davis: Let’s go back to the beginning for a second. What inspired you and Craig to create an animated sequel to the Pacific Rim movies ? Was this a project you wanted to do since the release of the first Guillermo films?

Greg Johnson: Sometimes a series comes to life when a writer/producer approaches a studio about one of their existing titles. But that’s not what happened here. The idea of ​​a Pacific Rim the series was born long before Craig or I were asked to come up with a version of it. There had even been developments on an idea years before ours, but it didn’t go much beyond that, meaning Legendary clearly had the appetite to explore a series. When they decided to accept pitches on a new concept, Craig asked me if I wanted to work on a set. I loved movies, so I said yes.

Together, Craig and I have strived to take advantage of the world-building offered by the films, without hindering any film that might follow. Pacific Rim: Uprising. The series had to be its own creation, not a continuation of anything the movies had introduced, and it had to fit the streaming model of larger story arcs.

Presenting an animated series requires a different approach than presenting a film. We basically got into the pilot story because it sent our characters into an unfamiliar environment with a lot of emotion and little experience. We conjured up some vague ideas of what would happen on their journey to shore, and then how we thought it would end. But what probably sold the idea was that first episode where we find ourselves on an untested Taylor and Hayley facing an unknown Outback full of Kaiju with an unarmed Jaeger. He offered so much potential. It was enough to excite Legendary, then Netflix.

DV: Both of you have been in big anime series before. But Guillermo del Toro is a tough act to follow. Was there an added sense of responsibility that came with creating Pacific Rim: The Black? What were the main goals you had when creating the series?

GG: It’s very easy to get upset when expectations are high. The financial investment, the enthusiastic fandom and yes, the original creators. But that level of anxiety just isn’t healthy for a creative environment. Craig and I had to ignore all of this. What was directly in front of us was this captivating and exciting world, and our goal was to find another way into it. Doing so without telling the same “save the planet” stories in the movies or continuing the lives of established characters. It had to be unique to give us the freedom to create what we wanted.

Kaiju. Jägers. The drift. Violations. How could we take those elements and do something different with them that wouldn’t betray their roles in the franchise? The Jaeger, for example. It is designed to fight monsters. What if it also became the home of two young heroes in the making? As well as a vehicle to cross half a continent? Or an object of desire for someone who wants it for themselves? We started to realize that we could create something entirely new that fit perfectly with what Guillermo del Toro had established, expanding on his brilliant ideas to add more dimension to what already exists.

DV: What was the public reaction when the first season was released? Did that add extra fuel to the creative tank for this second season?

GG: I would say the response to Season 1 has been overwhelmingly positive. I believe new and established fans found something in the show that mattered enough to continue the journey with us. At the heart of it all, they saw characters that sincerely resonated with real emotion, a brother and sister struggling with impulsive actions and bad decisions, but clearly they have good hearts, so we cheer them on. .

DV: The series has received a lot of attention for its visuals, which is a new style of animation produced by Polygon Pictures. Tell me about what went into the design decisions for this series. What was it like working with the Polygon team, known for the Netflix original animated series Leviusthe Ajin: Demi-human series, and the Godzilla Netflix Original Animated Movie Trilogy?

GG: I’m a huge fan of the folks at Polygon Pictures. They delivered such a beautiful series that my jaw dropped sometimes while watching dailies. We first encountered half a dozen animation studios, but only Polygon asked us a telling question: why anime? Not to suggest another route, but to understand what our motivations were. I found this very refreshing, a glimpse into the integrity of business as a creative partner versus that of just a service provider. We explained that since the anime and manga inspired del Toro when creating the world, we were basically bringing Pacific Rim full loop back to its roots.

DV: Did you encounter any new production challenges unique to Season 2?

GG: Most production challenges stem from budget or schedule constraints. As in all series, Pacific Rim: The Black had to be produced in these types of settings. And sometimes the problems only showed up at animation time. Take the Sisters, for example. They wear long dresses. You’ll see in Season 2 that some of the sisters ride Rippers, their horse-sized Kaiju. Putting someone in a long robe astride an animal becomes complicated to animate.

Would they ride side-saddle? No, they would look ridiculous. Do they pull up their robes and expose their legs? It would also look silly. Polygon suggested giving the sisters full underwear so they can get rid of their dresses before riding. In a way, it’s like they go into battle mode when they do that, so it worked well.

DV: What can you tell us about what fans of the first season can get excited about in this second season?

GG: Our hope is that the obstacles facing our heroes will be resolved in a way that viewers don’t see coming. There will be revelations about Taylor and Hayley’s parents, a story about Loa, and acts of heroism from people you wouldn’t expect.

DV: Thinking back on the whole trip, what was your favorite part of working on Pacific Rim: The Black? What will you miss the most now that the series is ending?

GG: I will miss writing the characters. Their complexity, their emotional baggage, their unwavering dedication to what they believe in – even if it’s wrong or misguided. Creating scenes between characters where each brings a unique perspective and then seeing how they defend their points of view is what writers dream of. I will also miss Bunyip Man very much. You’ll have to watch the new season to meet him.