How Live-Action ‘Knights of the Zodiac’ Transformed Toei Animation 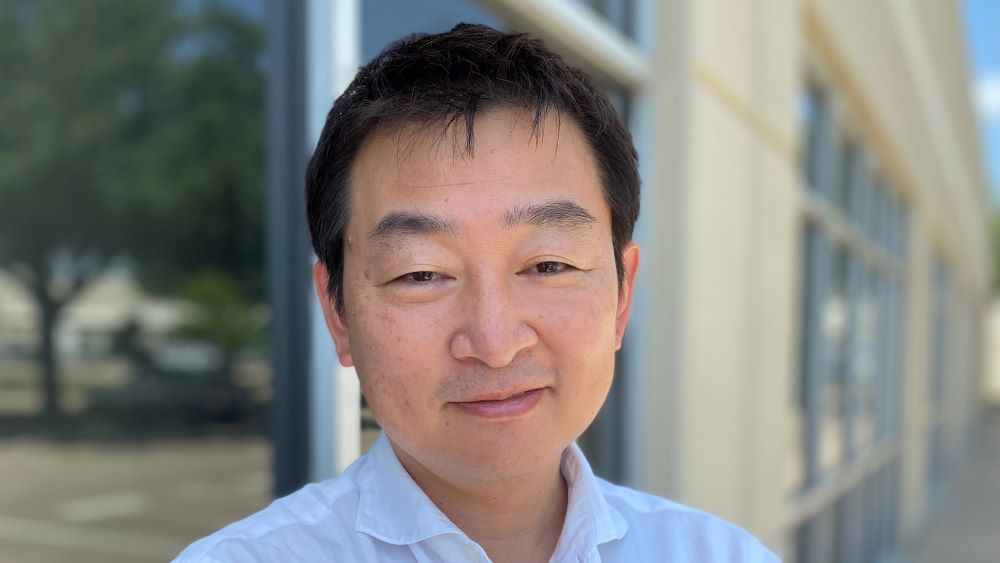 Fans at Comic-Con will get a taste of Sony’s “Knights of the Zodiac” on Saturday, a fantasy action film based on the popular Japanese manga and anime series “Saint Seiya.”

Tomek Baginski leads a diverse cast led by Famke Janssen and Sean Bean, along with American-born Japanese sensation Mackenyu in the title role of Pegasus Seiya.

For Toei Animation, the Japanese studio behind the properties, this effort is the result of a decade-long strategic overhaul. And setting up the first $60 million milestone in a major movie franchise took a circuitous route through Hungary and COVID disruptions. Ikezawa Yoshi, international producer of Toei Animation, explains the journey.

Variety: What was the corporate or strategic point of view that led Toei Animation to make the live action “Knights of the Zodiac”?
Ikezawa: Today when you run an animation studio, especially the size of those in the Japanese industry, the profit potential is limited. Other rights, including merchandising, licensing, or features outside of Japan are significant, but there has always been a cap.

Until recently, our audience consisted of people who love anime. These fans are unique and different from audiences who love American comics or superheroes. Although the cap has gradually increased, we wanted to free ourselves from these limitations and adopt a more professional approach.

How do you do this?
We had been successful in selling manga outside of Japan, especially in the early years of the millennium and with the boost provided by the DVD industry. But our chairman and president wanted to grow more into the mainstream. It’s a big step for a conservative Japanese animation company to try to break into Hollywood and achieve a global standard. “Harlock Space Pirate”, a CGI feature film in 2013 was our experience.

I was lucky enough to get funding internally and take my time when everyone was suffering from budget restrictions. And with “Knights of the Zodiac,” our new live-action feature, we’re not just going into the live-action realm, we’re aiming for the international standard consumer market.

It’s not just my ministry that has been reformed. Toei Animation now has offices in Los Angeles and Paris, Shanghai and Hong Kong, and recently we’ve started courting companies in the Middle East, trying to produce content from scratch with local creators and distributors. We are trying to become a “third wave production company”, where we team up with Chinese, Middle Eastern or European companies and make global animations, where Toei Animation is the bridge to achieve this.

I have struggled for the past ten years to make change happen. It was difficult to convince our management, our leaders and our national partners. But in the next five to ten years, the animation genre will become more important. I would like to have in our teams ready.

How and why did you choose this particular anime property to become an international live-action feature?
Traditionally, many anime titles are based on existing manga. And generally, if you have a good manga, the anime tends to be good. But that also means you have a lot of stakeholders: manga author, editors, and what we Japanese call a production committee. This property was written by Masami Kurumada, who did not have an exclusive contract with a single publisher. Instead, he controls the rights and created a corporation.

Obviously, he wanted to have some creative input and protect his intellectual property when transitioning to CGI animation and live-action features. But being able to have that direct conversation is much easier. Plus, he’s a really great person. I once screwed up, causing worldwide backlash when I pitched the Netflix series adaptation. He took me to a sumo fight, a dinner and a bar and [sorted things out]. Also, I grew up with this property and was a personal fan.

With the manga “Knights of the Zodiac” a great success, globally, in North America, Latin America, Europe and China, we have already established a fan base in many parts of the world. That’s why Sony Pictures contacted us.

How long does the development of a “Knights of the Zodiac” film take?
Mr. Kurumada had the idea almost since he started the manga in the 1990s. There was a three to five minute live-action pilot. Myself. I’ve been working on it for almost ten years now.

What were these steps?
Securing the rights was relatively easy because we had worked together. But I didn’t know about Hollywood production studios, so I researched, met people, and tried to become a partner of creators. We partnered with a director at the time, but it didn’t work out in the end. We created visual aids and also started looking for potential partners in Europe. Many were interested, but the business structures did not work. European producers are so dependent on the [soft money] system. Traditional Japanese companies cannot produce a film this way.

Luckily, Netflix came on board wanting to make the series a TV animation. So we continued to do the scripts, more than twenty drafts. And at the same time, the comic themes became [cinema] mainstream, thanks to Marvel and DC.

We were never going to have their budgets in the hundreds of millions of dollars. Instead, with our more limited resources, we could lean into the anime style.

After all that negotiation and discussion, I thought maybe it would be best for us to do it ourselves. We could show what we wanted to show and at the same time take the risk on our own.

Once you decided to do it as an in-house production with Toei Animation controlling it, what happened next?

Tim Kwok from Convergence Entertainment worked with us from the very beginning. We were introduced by Gale Ann Hurd (“The Terminator”) They introduced us to Tomek [Baginski]. He wasn’t a star director yet, even though he’s really, really talented. But we also wanted to finish the script. Some of the drafts have interested Sony although they have not committed at this stage.

This was the beginning of the most difficult period for a conservative Japanese company. We made a special purpose vehicle. We decided to shoot in Hungary, a foreign country, while using systems we had never used before. From production to accounting and legal services, everyone had to face new challenges.

We were thinking of having a Chinese partner, as well as Sony, but it didn’t work out the way we wanted initially. And finally, we put all the equity for this project, allowing us to control the production, as well as the rights.

Even then, some executives were asking why we were diversifying. It was a legitimate question. But I believe that an animation company can no longer just do animation. It needs to grow into a global entertainment company.

How did you choose Hungary as a filming location?
We had tested a few other countries. The outdoor shot was ideal. And the reimbursement system was favorable. Then COVID starts to hit. Fortunately, Hungary’s reimbursement system and tax systems have remained stable during this time.

Technically, the film’s nationality is Hungarian, but with 100% Japanese equity!

Originally, we had planned to shoot the previous year, 2020. But the pandemic forced us to push back six months. Then another six months. We finally started shooting last year from July to the end of September.

What are the exit plans?
There is currently a bottleneck in the visual effects industry, but we are aiming for 2023. More details will be announced at Comic-Con.

What are Sony’s plans for the film? A worldwide theatrical release or a hybrid home entertainment debut, including some online-only territories?
We can’t give a definite answer, but they allude to global theater, especially outside of the United States. The question is really “what are they going to do in the English-speaking territories?” So far they are saying very positive things.

Toei Animation controls the rights in Japan and China. Sony is there for the rest of the world. In their territories, distribution and marketing will be at their expense.

How is this envisioned as a film franchise?
The original manga has 28 comic volumes. The original anime series had 140 episodes, plus 30 or 40 sequels belonging to the original comic. So that’s almost 200 episodes.

You can make a lot of movies with it. And, after the success of Marvel, the studios are looking for properties capable of making sequels, such as “Harry Potter” or “Hunger Games”. We’re looking at six movies in one package.

Did you use the completion bond?
Because Toei Animation invested 100% of the capital, we didn’t need to bond the entire production. But we still wanted coverage. And for cash flow purposes.

What will be the deciding factor in greenlighting the sequels?
We made this film as a basis for making sequels. And we have already started the conversation. So while they marketing [for the first film] that’s when we probably start. But the decision isn’t just about this live-action movie. It also relates to animation and CGI series. Essentially, we’re curating this live action for new audiences and 2D animation for old ones. For new fans who enjoy [live action film] they can also come and watch the series. I already use three pipelines at once.

I was very lucky to meet people like Tomek, our director. Not only is he talented, but he’s a bit of a philosopher. The crews respect him tremendously and I think you’ll find that we’re showcasing a lot of talented crews and actors through this film, writers and the cinematographer.