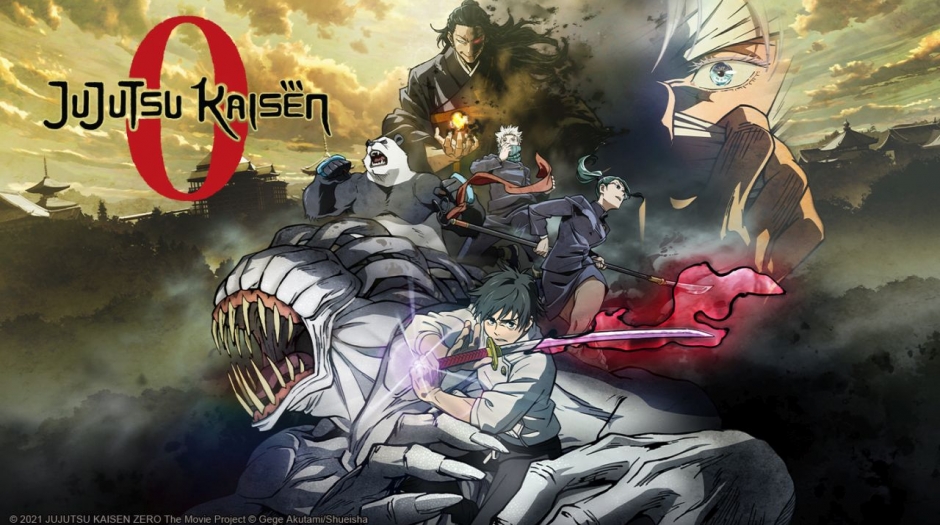 Crunchyroll announced that the English subtitled and dubbed versions of the upcoming feature film will be released in their first batch of Western theaters on March 18, 2022. The film is distributed in the United States, Canada, United Kingdom, Ireland, Australia and New Zealand by Crunchyroll in association with Funimation and in other European countries by Crunchyroll and Wakanim; currently, the film is set to be released in over 1,500 theaters in the United States and Canada. Release dates in the UK and other western territories have yet to be disclosed.

A brand new trailer for the film accompanied the announcement. The 40-second spot makes an ominous allusion to “The Night Parade of the Hundred Demons” – a terrorist attack that will be unleashed on the Japanese cities of Kyoto and Shinjuku at sunset on December 24. We are also introduced to Rika Orimoto, a cursed spirit that haunts her boyfriend, Yuta Okkotsu, after his tragic death in a car accident.

In the world of Jujutsu Kaisen, a curse is a demonic spirit created by a negative emotion. Yuta’s mentor, a wizard named Satoru Gojo, strives to break Rika’s curse that haunts him in his daily life. Jujutsu Kaisen 0 explores the lore of the series by delving into the history of Tokyo Jujutsu High School – a special academy devoted to the development of jujutsu wizards, where Satoru enrolls Yuta so he can learn to control his cursed energy.

At a glance to the date of The Night Parade of the Hundred Demonsthe film debuted in theaters in Japan on December 24, 2021. It went on to earn a Japan Academy Film Prize nomination for Animation of the Year, alongside Beautiful, Evangelion: 3.0+1.0 Once Upon a Time, Fortune favors Lady Nikukoand Sing a little harmony. The winner of this category will be announced during the broadcast of the ceremony on March 11.

You can also listen to the official soundtrack here.

Watch the Jujutsu Kaisen 0 trailer below: