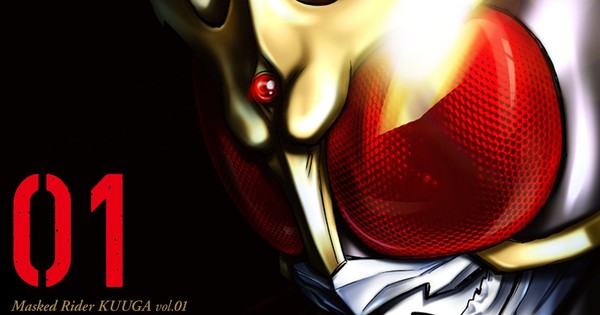 The “Kamen Rider 50th Anniversary and Beyond” panel at the Comic-Con Special Edition event announced on Saturday that StoneBot Studios will offer the ongoing Hitotsu Yokoshima program Kamen Rider Kuuga manga in English next year. The panel announced that more manga could come in the future.

StoneBot Studios hosts several preview images of the manga on its website.

Artist Hitotsu Yokoshima kicked off the manga, the third live-action based Kamen Rider Kuuga television series, in Heroes Inc.‘s Hero of the month reviewed in November 2014. Toshiki Inoue, one of the writers of the live-action series, writes the scripts for the manga and producer Shinichiro shirakura (GekijÅban Kamen Rider 555: Paradise Lost) plans the series.

The manga was uploaded to the Comiplex website when Hero of the month completed publication in October 2020. The 18th compiled book volume in the series shipped to Japan on November 5th.

The Kamen Rider Kuuga TV series aired from 2000 to 2001. The series was Toeiis the first new Kamen Rider series following the death of the creator Shotaro Ishinomori, and this marked the beginning of the Heisei era Kamen Rider series. Yell! Factory Television broadcasts the series online.

The franchise has a new manga from Studying Yu-saku title Ohiru no Shocker-san (Shocker during the day) which launched on November 11 on the LINE Manga platform, with an anime also slated for the manga in 2022. The manga and anime are celebrating the 50th anniversary of the franchise.