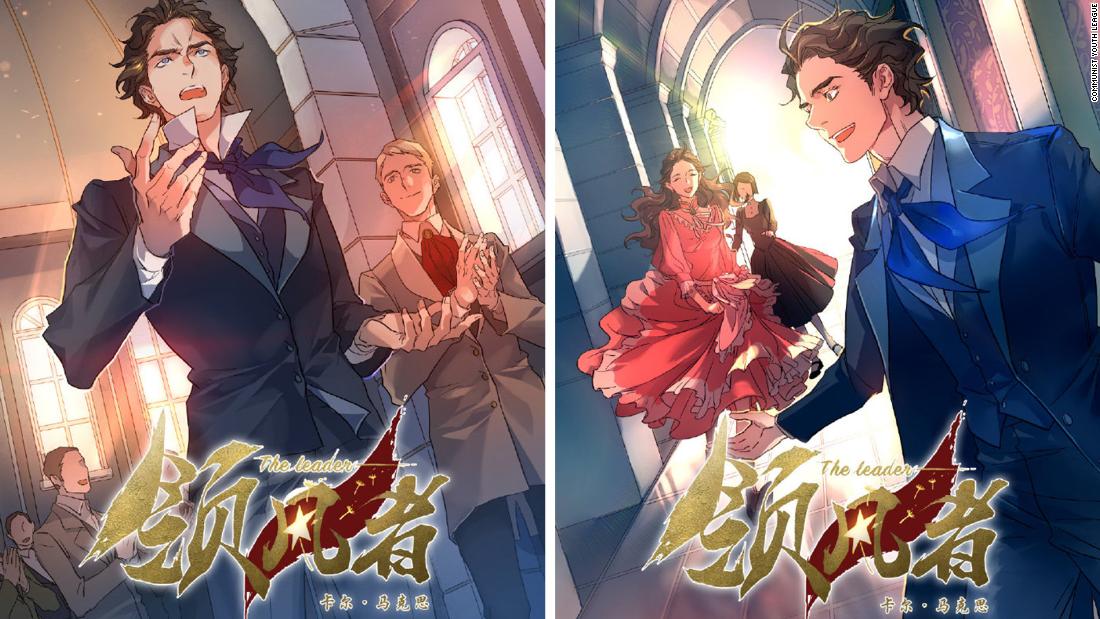 It’s Karl Marx, but not as you know him: dashing in size, with a pronounced jawline, suave brown curls and blue eyes, and speaking Chinese – a world far from the typical image of the German philosopher as a old man with a bushy white beard.

“The Leader,” a seven-part anime documenting the life of the author of the “Communist Manifesto,” aired Jan. 28 on China’s largest video streaming site, Bilibili.

It is the latest production to come out of the Propaganda Department of the Communist Youth League, in association with the Party’s Central Office for Research and Construction of Marxist Theory.

Set in 19th-century Europe, the series covers the life of Marx between 1818 and 1883, including the period in which he published some of his best-known works such as the “Communist Manifesto,” “The Ten -eighth brumaire of Louis Napoleon â€and the first volume of his masterpiece,â€œ Capital â€.

The official trailer shows Marx and his future wife, Jenny Von Westphalen, playing like children, while promotional footage shows a gray-haired, bearded but still dashing Marx standing next to an equally elderly Friedrich Engels and beau, his longtime collaborator and the man who did more than anyone to popularize the works of Marx after his death in 1883.

A whole range of merchandise came into existence even before the premiere of the first episode of “The Leader,” including a comic book, Marx and Engels emojis, and plays based on the anime.

Wu Yunqin, who edited the comic, told the state-run Global Times that he informs “young readers that Marx is not just a great thinker as they learned from the textbooks, but also a diligent, romantic and rebellious adolescent “.

Jiang Siyi, a 24-year-old master’s student at Peking University and member of the Chinese Communist Party, told CNN that the anime was a “really interesting experience.”

â€œMany young Chinese think that the government’s previous propaganda methods were too dry, which means they have no interest in gaining a deep understanding of Marxism,â€ Jiang said.

Last year marked the 200th anniversary of Marx’s birth, an event accompanied by a major propaganda campaign by Chinese officials, who had previously struggled to connect young people raised in the market economy to China to the founding principles of the country.

The following year, the public broadcaster CCTV aired a five-episode “Marx Got It Right” program, aimed at educating young Chinese people about the relevance of Marxist thought in China today.

However, putting this thought into practice is less welcome. Last year, authorities in Beijing and elsewhere launched a campaign of repression against Marxist student organizations.

Former students and students of Beijing and Renmin universities have been arrested in the past six months after organizing to support striking workers at a factory in Shenzhen.
Images were also reportedly released this week of confessions apparently staged by a number of prominent student activists, including Yue Xin and Shen Mengyu, both of whom disappeared late last year.

Although the full anime has yet to be released, the trailers for “The Leader” are noticeably silent on some of the central tenets of Marxism, such as class struggle, and seem more in line with the ideology being championed. by Chinese President Xi Jinping.

For some young Chinese, the apparent ideological goals of the anime undermine any potential enjoyment.

“The political element is too obvious,” said Yi Shuhan, 19, a liberal arts student at Grinnell College in Utah. “The main theme is the party line. It would be the same as a Japanese anime based on the imperial history of Japan, it’s just ridiculous.”