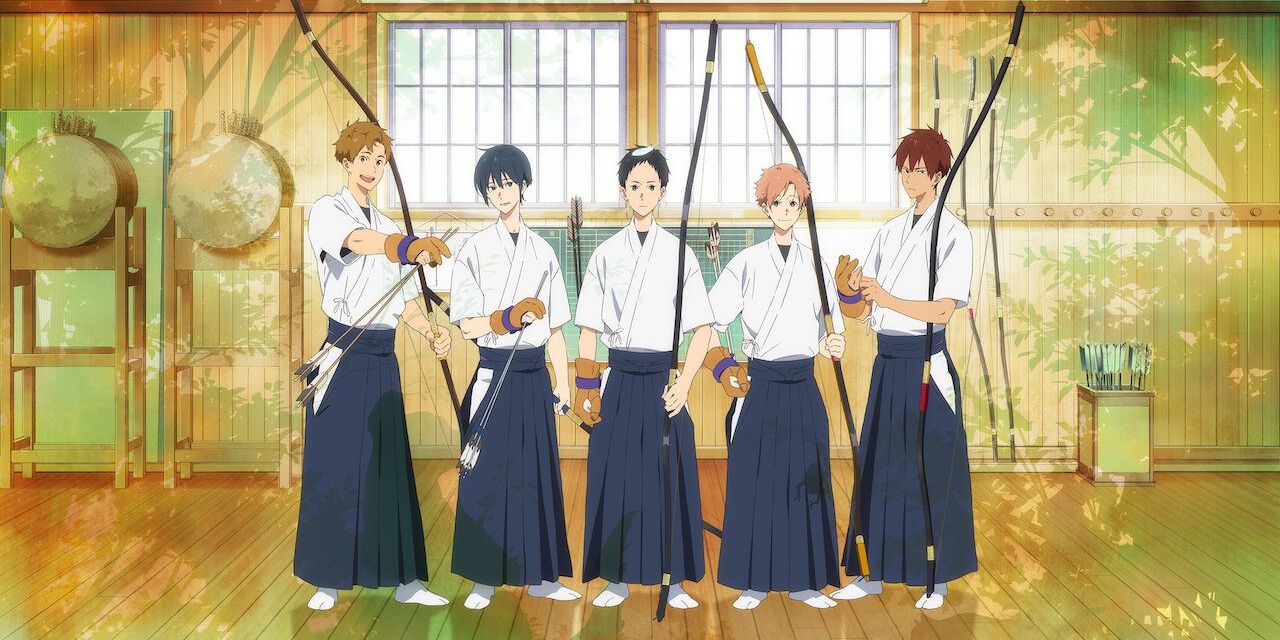 The new trailer gives fans an exclusive look at the film by bringing back key players from the anime series such as archery hopeful Minato Narumiya and the mysterious Masaki Takigawa. The trailer opens with Minato drawing his bow and letting an arrow fly before the music bursts into a singsong melody. What follows is a series of clips featuring Minato and Masaki as they work to perfect their craft and become the best archers they can be. The trailer also reveals that the official title of the film is Tsurune the Movie: Hajimari no Isshawhich can translate to Tsurune the Movie: The Parting Shot.

Kyoto Animation released the first trailer for the upcoming movie in September 2021. Along with the recently released trailer, the animation studio released a new visual for Tsurune the movie as well as. Much like the trailer, the new artwork features Minato and Masaki in their archery gear as they stand in a field of colorful flowers. Kyoto also informed fans that they will receive a bonus A4 transparent file with their March 4 ticket purchase while supplies last. The bonus item comes in two different designs and will be randomly distributed to ticket holders.

At Kotoko Ayano Tsurune is a Japanese light novel series that follows the story of Minato Narumiya, a young boy who abandons his love for Kyuudo, a modern Japanese martial art centered around archery, after a certain incident happened during his last tournament in middle school. After entering high school, however, Minato finds himself drawn to the sport when he meets a mysterious archer named Masaki Takigawa at an archery range hidden in a forest. Inspired by Masaki’s masterful form, Minato joins the Kazemai High School Kyuudo Club along with childhood friends, Seiya Takehaya and Ryouhei Yamanouchi, and new teammates, Kaito Onogi and Nanao Kisaragi, in an attempt to win the Kyuudo Prefectural Tournament.

RELATED: Kyoto Animation Had an Invisible Hand in the Making of Inuyasha

An anime adaptation of the light novel series produced by Kyoto Animation aired between October 22, 2018 and January 21, 2019 for a total of 13 episodes. The majority of the staff who worked on the anime series have returned for the film, including director Takuya Yamamura and Michiko Yokote, who will be handling scripts alongside Yamamura. Japanese voices from the TV anime will also reprise their roles, such as Yuto Uemura (Bungou Stray Dogs) as Minato, Shintaro Asanuma (Assassination Classroom) like Masaki, Ryouta Suzuki (Kaguya-sama: Love is war) as Ryouhei and Aoi Ichikawa (Darling in the FranXX) like Seiya.

Tsurune the Movie: The Parting Shot will be released in Japanese theaters on August 19. The anime TV series is currently available to stream on Crunchyroll.

CBR Anime News Writer Hansini Wasalamudalige majored in Professional and Creative Writing for her Bachelor of Arts degree from Deakin University (Australia). She has been a fan of anime and manga for over a decade, with the original Yu-Gi-Oh! being his gateway to both mediums. His favorite series include Fullmetal Alchemist, Fruits Basket and Black Butler. When Hansini isn’t obsessed with her otaku tendencies, she enjoys writing, playing video games, and hanging out with friends.