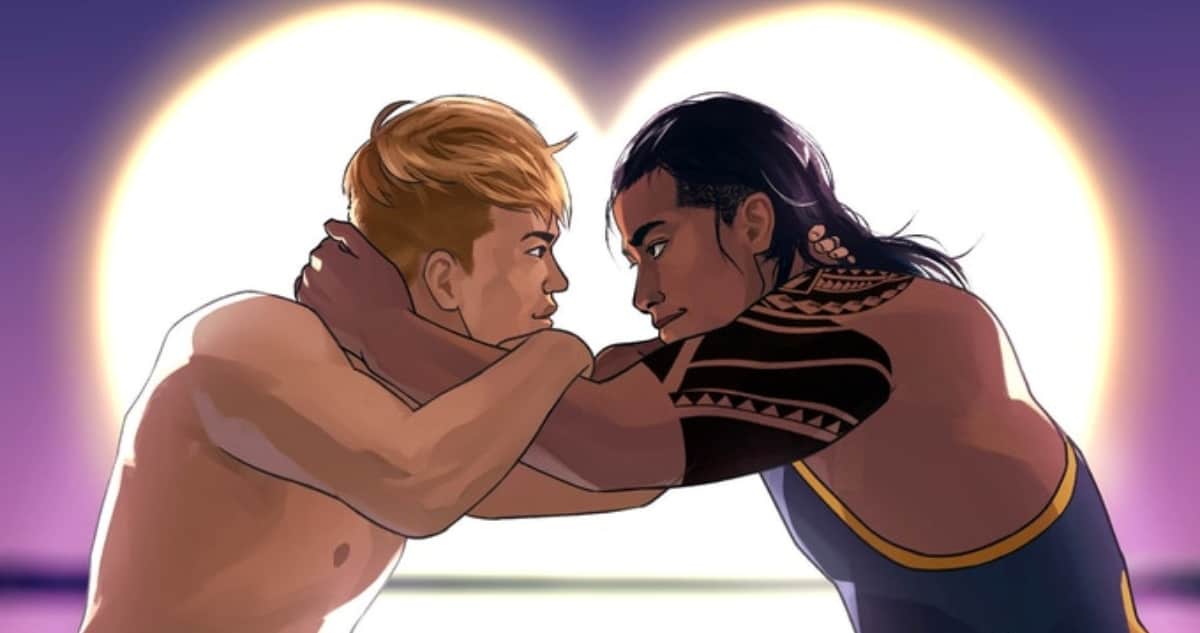 “Rubber Match” is the story of rival wrestlers-turned-close friends and tag team champions Ty Curry and Scorpion Butch, known collectively as the Spicy Boys, who struggle to preserve their relationship as fellow wrestler Blue Devil attempts to drive a wedge between them out of jealousy. . The premise seems pulled straight from professional wrestling drama and sports manga with a decidedly odd focus on male romance.

The book’s Kickstarter page confirms this, stating that the book draws inspiration from “boys’ love and sports” manga, two subgenres of the medium that have grown in popularity in recent years. The desire for such stories saw the Kickstarter “Rubber Match” campaign reach its $3,500 fundraising goal in just eight hours. Its total funding is currently just under $9,500.

“Rubber Match” is the creation of an eclectic team from the world of comics. Queer comic book writer and editor Elizabeth Brei tells the story while queer artist and wrestling product designer Kira Okamoto visually brings the characters to life on the page. The duo are joined by scholar Danny Djeljosevic and freelance professional wrestler Razerwyng, who consulted with the team on the book’s pro wrestling content.

The book’s Kickstarter is still live for one more day, and the team hopes to reach its ambitious goal of $15,000 that would fund a sequel to “Rubber Match.”