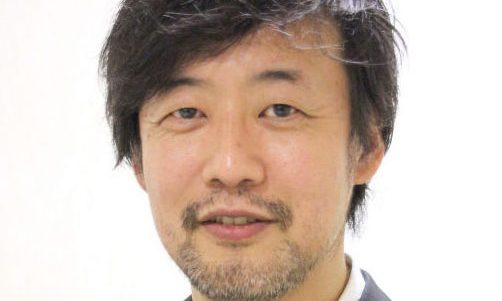 For writer / director Takashi Yamazaki, Lupine III: the first was an amazing opportunity, allowing him to create his own adventures for a classic manga character.

Based on a series created by Monkey Punch, which dates back to 1967, the film follows a charismatic thief, as he fights with the Nazis for control of a mysterious artifact. The first feature film Lupine A film produced in over 20 years, Yamazaki’s latest would also be the first to bring the main character into the world of 3DCG animation.

Understandably, the director felt a great responsibility when he was given control of a legendary franchise and its ever-popular protagonist. â€œBut the great part is that different creators worked on him, so Lupine really has a wide range of character types that he could be,â€ Yamazaki said. “So I really got to express it freely, however I could.”

In shaping the project, which was released by Toho in Japan and GKIDS in North America, the director took advantage of creative freedom in many ways. However, he knew he would have to be very careful with character design, as he made the transition from Lupine to a 3DCG world. â€œWe had to do our best to make his character feel the same as what audiences would see in a hand-drawn two-dimensional animation,â€ he notes.

Below, Yamazaki breaks down the inspirations behind Lupine III: the first, the challenges of Lupin’s visual adaptation for 3DCG and the projects he will undertake next.

DEADLINE: How did you come to realize Lupine III: the first? And what motivated you to do it?

TAKASHI YAMAKAZI: At first, I was just a consultant for the studio, which is Marza. Because I’m friends with Marza, they would ask my opinion, and because I work for another studio, I was just writing the script. But the more I worked on it, the more I got into it, and then it turned out that Marza was looking for a director too. I really got attached to this project, so I was very busy, but I decided to do it, and what excited me the most was that Lupine is a character that has been loved in Japan for a long time. . So being able to freely invent the story I wanted to make was very exciting for me. It was really great that Lupine came into my life.

DEADLINE: How did you envision your vision of Lupine? How did the writing of the film go?

YAMAKAZI: Because I like it a lot [Hayao] Miyazaki’s version of Lupine, Cagliostro Castle, I wanted to do the story of a trapped girl, a girl who doesn’t have her freedom, and then Lupine comes and saves her. But if I did it completely like Cagliostro, that would be like plagiarism. [Laughs] So I changed it by completely changing the personality of the girl. Because it was a made-for-movie story, I wanted some dramatic action in the story that lasted 90 minutes.

What’s unique about Marza in Japan is that once they have a script, they create a storyboard reel, just like they do in the United States. So they make a reel from the script, then people watch it and give opinions, and then those opinions that I got were very harsh. I mean, they’re good, but they really hit the script’s weak spots. So it was a little disappointing that they were so tough, but we did it maybe three times. So we made the reel, I edited the script, and then we turned it back to a video reel and edited again. I think by doing this we were able to get rid of all the weak parts of the script, and I think it was worth it, but it was also mentally and physically difficult for me.

DEADLINE: Could you explain the process of introducing the character of Lupine into a 3D CG world? What types of challenges have you encountered?

YAMAKAZI: With Lupine, it’s so complex. Even in 2D animation, there are different versions of him, so there are different opinions on who is really the “Lupine”. So what I had the character designer do is create different styles of Lupine. He pulled a few that looked like a live-action version of Lupine, [and some] in a traditional 2D style, then everyone decided together which Hand Drawn Lupine was their favorite, or the one they wanted to go with. Once they decided that, it was just a drawing.

So from there, because it looks different from different angles, we used software called ZBrush to create a 3D sculpture of Lupine, so that we could see the different angles. I think we created as three guys and then we voted on which one looked the most like a lupine of the three. And then, once that was decided, the hardest part was really deciding all the expressions, because every time he turns around, you have to decide which expression works. So that was really tough, and I think it took about eight months to figure it out. The riggers worked really hard on this, but we had a sheet with different Lupine expressions and we decided, “Okay, which one are we going to choose?” “

It took a long time, and it’s just for one character. We had to do this for all the characters, so the team worked really hard on it.

DEADLINE: Which of the film’s environments was the most difficult or the most fun to bring to life?

YAMAKAZI: Difficult scenes are like deserts, or scenes with nothing in it. I think it’s really hard to do, or it was hard to get the deal that it was good, because it’s different from the live action, where you go somewhere and just film the thing. You really have to create “nothing” with something, but have it to be nothing, so it was really difficult. What was fun was inside the ruins [of Teotihuacan] because I was able to use my imagination freely. The designers had a lot of fun coming up with their own ideas, so we got a lot of ideas, actually, of what we could do. Because we were able to create our own ruins, I think I had a lot of fun with these.

DEADLINE: have you been able to collaborate with Lupine III creator Monkey Punch on the film, before he passed away in 2019?

YAMAKAZI: Monkey Punch was really looking forward to this release, and I was also very excited to show him, but he died right before it was finished. So he couldn’t see it. We didn’t get there on time and I’m really saddened by that, but I have a feeling he might be looking down from above.

DEADLINE: What would you say you are most proud of, regarding Lupine III, now that the film is in your rearview mirror?

YAMAKAZI: I think I can convert [Lupin] in a beautiful 3D version without losing any of its elements, any of its quirks, was really my goal – and I think I accomplished it.

DEADLINE: What’s next for you?

YAMAKAZI: I am working on a few projects. One of them is one of those movies for theme park rides, similar to Star Tours or Harry Potter ride. [The park] is in the suburb of Toko. It’s actually a pretty old theme park that’s going to be renovated into a new one. Then the one I’m working on will probably be the main attraction. I can’t give the details, but it’s something that should probably get everyone excited.

Then I also work on two different live-action [films], but because of Covid, it’s really hard to say how it’s going to turn out, if I could get into the shoot.

DEADLINE: Have you thought about doing another Lupine movie?

YAMAKAZI: It’s really hard to read [the response to the film] because I guess with Covid it really affected the numbers. So if the producer says he wants to do it, it may be up to him.