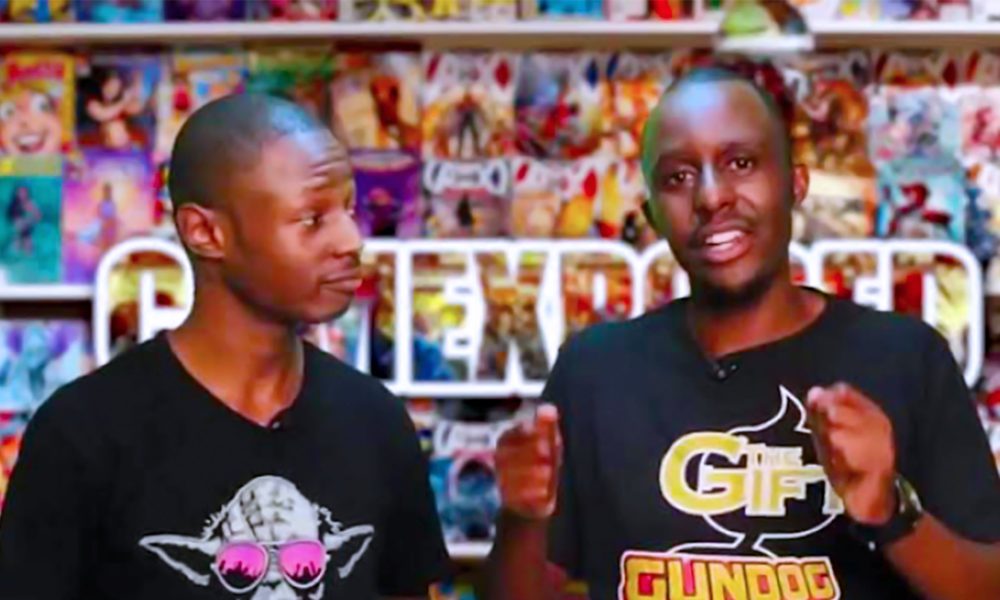 On April 25, 2015, more than 50 people gathered at Harare’s Goethe Zentrum Institute to attend the country’s first-ever Comexposed convention. Everyone else at the convention was dressed as anime characters from the anime and manga series, “Bleach.” Only one person at the convention had dreadlocks and wore a white short-sleeved T-shirt and jeans like Kevin from “Ed, Ed and Eddy” Pin up.

Organized by Tinotenda Zambe Makoni and Eugene Maponderathe convention brought together creatives who wanted to develop this industry in Zimbabwe and make money from it.

“It was exciting and thrilling; we were scared, hopeful and nervous,” Makoni said of that first key event.

“We had no idea how it would turn out because nothing like this had been done in the city before. Luckily people turned out in droves and made the event a success, showing us that we we were going in the right direction,” he explained.

Today, Comexposed wants to reconstruct and shape a new narrative of Africa by Africans. They do this by collecting, promoting and exhibiting digital art and pop culture that tell new African stories.

Makoni and Mapondera are creating an industry they want and need for them and countless of their countrymen to build careers. Comexposed 2015 was the start.

“I had always wanted to work in the animation industry after graduating, but when I returned to Zimbabwe I soon found there was no market for someone with my skills. . So I had to network with people who had similar interests to create the industry together,” says Makoni.

The duo met like-minded people like Bill Masuku and James Magwenziwho were also striving to build an ecosystem that could provide careers for creatives, and realized that what was needed was an event that brought the community together.

With limited resources but with the goodwill of organizations like the German Society, Makoni and Mapondera were able to muster enough volunteers to make this first Comexposed convention a reality. The volunteers were inspired by the convention’s goal of making their love of animation and comics a full-time job.

The first convention did more than that.

He has created one of the few authentic melting pots where Zimbabweans come together for fun and laughter regardless of their background and has become a network that brings all creative people together.

One of the pillars of Comexposed is the author of comics James T. Magwenzi. The best known of his comics is SunBlast Red, based on superhero cartoons he used to watch growing up on Zimbabwe’s only broadcaster at the time, ZBC (Zimbabwe Broadcasting Cooperation) .

“Being a cartoonist in a country like Zimbabwe has its challenges. Right now, I’m preparing to pursue it full time because it’s my passion, but I’m doing graphic design work to stay afloat financially,” said Magwenzi, who left her full-time job in 2020 to win time. his comic book work.

“Not having consistent work can be frustrating because you always think I could have a normal job and receive a stable job salary. But I’m moving towards my goal, and I hope to be a full-time comic book artist for years to come,” he continued.

Currently, Magwenzi is working from his home studio.

Others have managed to build a full-time career in comics and animation. AfroTokyo is an initiative of three brothers—Elisha Ngundu, Rodney Ngunduand Kudzai Ngundu– who are now in demand as accomplished comic and animation creators.

For them, Comexposed presents a platform for them to sell their work, market their talents, and meet their audience. Additionally, the business training provided by Comexposed has helped the trio grow their business, and they are currently working on an animation project with Netflix.

“We never thought we would have a career in manga and animation. Comexposed not only showed us that it was possible but encouraged us to make it a full-time career,” Ngundu explained. group speech.

While comics and animation are multi-billion dollar global industries, Africa has been a late entrant.

Nigeria, South Africa and Kenya are leading the way when it comes to the size of their animation industries. However, the landscape of animation and comics in Africa is rapidly changing, with major animation successes also coming from countries like Uganda and Tanzania, while comic events are a Cape Town to Cairo affair. Many fringe events have become mainstream, with comic festivals taking on the better-known Comic-Con label, including Lagos Comic-Con and Comic-Con Africa, which have been held in Johannesburg since 2018, and Comic-Con Cape Town, which s is held in December. 2021. Naiccon has been held in Nairobi since 2014, and EGYcon Cairo has also been held since 2014.

Publicity around these events not only helps showcase local talent, but also gives young people the confidence to enter the industry – a “if you build it, they will come” approach.

In Zimbabwe, Comexposed has branched out by hosting a series of engagements like Comexposed Comic Book Day and has also introduced conferences and workshops. The people who work for Comexposed also do a webcast on YouTube and post a lot of content on their website and social media.

The industry may be in its infancy, but passionate players like Makoni and Mapondera look to the future with optimism.

“Even though it has been difficult over the years in such a volatile economy, we have still managed to see progress in Comexposed and in the lives of the people who attend our events and interact with us,” Makoni said.