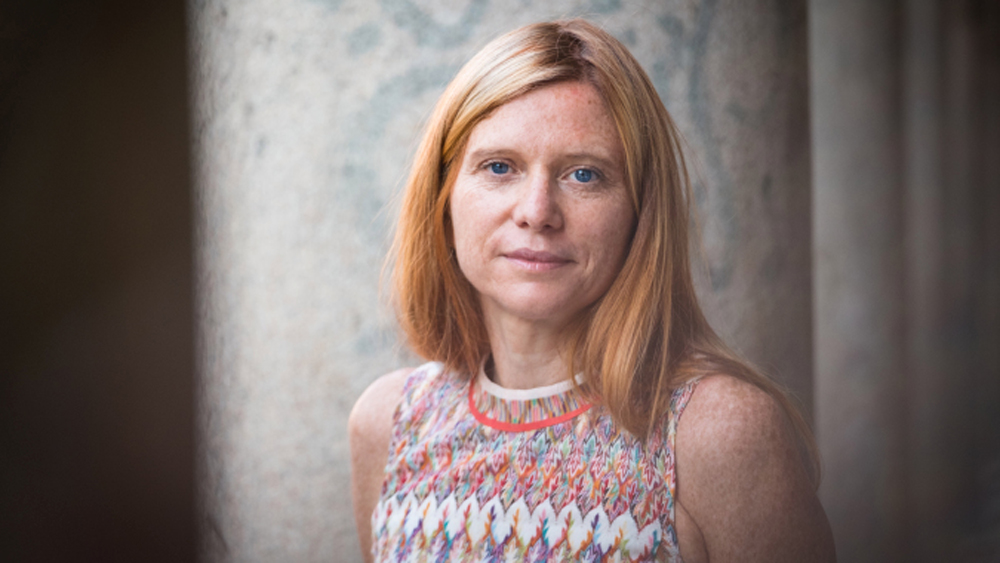 Susanna Nicchiarelli’s ‘Nico, 1988’, about the German singer who performed with the Velvet Underground, caused a stir at the 2017 Venice Film Festival when it took top honors in the cutting-edge Horizons section. Last year she was back at the Lido – in the main competition – with another biopic, ‘Miss Marx’, about Karl Marx’s unhappy youngest daughter, Eleanor, a fervent feminist pioneer played by Golden Globe nominee Romola Garai (“The Hour”). . This week the film plays in Filming Italy – Los Angeles fest, where Nicchiarelli will be honored.

In terms of tone, it’s a new take on the period piece genre, as Nicchiarelli recounts. Variety. Excerpts from the conversation.

You seem drawn to biopics about women in conflict, don’t you?

Yes. I’ve been thinking lately that it would be very difficult for me to make a film that wasn’t biographical from now on, because it’s incredibly challenging and interesting to make a film about someone who really existed. And the challenge is that the real characters are extremely complex and ambivalent. Sometimes they are also inconsistent. They do things that you find difficult to understand.

A lot of the work when writing about someone who actually existed is trying to figure out who that person really was. With Nico, it was done with interviews. With Eleanor Marx, it was by letters. Letters she wrote to other people; letters about him, written by his friends. You try to understand the person through what they have produced, both privately and publicly, and from how others have seen them. Because they’re deceased, what you’re doing is trying to create your own version of that person, that character. But at the same time the person really existed, so we can’t invent anything. You have to come to terms with reality. It’s a very interesting and challenging process.

And I imagine part of that work is done with your actor.

It was extremely interesting to work with Romola Garai to approach the real Eleanor Marx and try to understand what her feelings were. Why she did what she did.

Why did she fall in love with this man? Why did she stay with him, when everyone around her was warning her and telling her that he was ruining her life? Also: why did she have this type of relationship with men? What kind of relationship had she had with her father?

When Romola read the script, she said to me, “You know what they say: movies are written by professionals, but real life is written by amateurs”.

That’s exactly the feeling I had. And that’s why I thought that was the best comment she could give me about the script. I knew she understood what the challenge was: the greatest feminist of all time had a horrible relationship with her partner and let him treat her very badly.

We therefore started from this contradiction. Eleanor had her dark sides, of course. She had a self-destructive part of her personality, which put her in this situation. It’s extremely interesting to deal with the complexity of female characters because for decades, female characters have been portrayed – with a few exceptions – in a very two-dimensional and superficial way.

How relevant is the story of Eleanor Marx now?

What’s also interesting is that this dichotomy – the ambivalence of this character – is extremely modern because Eleanor was an extremely modern woman. If you think about it: she didn’t get married; she decided not to have children; she was very dedicated to her political career. She was master of her life. And if you read his letters and his writings: his intelligence; its irony. It is as if she were alive today.

‘Miss Marx’ is a very fresh period piece. What were the choices you made to achieve this?

I didn’t want that distance that the period piece usually creates. It was very important that they (the actors) be natural. When I started researching, the image we had of the 19th century was based on images and the appearance of these people.

Although there are exceptions, I think the 19th century is often told as if you were looking at an old picture. But instead, I wanted the image to be very modern, very colorful. And I wanted them to wear the costumes in a very natural way…with their hair dishevelled.

So we worked from paintings. Impressionist paintings, Pre-Raphaelite paintings. We worked on those for colors.

The actors were so natural, and the dialogues helped me a lot because they were taken from the real words of Eleanor and Edward. I constructed most of the dialogue with original material.

Yeah, the Downtown Boys are a great band. They are very young. One of their albums is called “Full Communism”, so they are very close to Eleanor’s ideas.