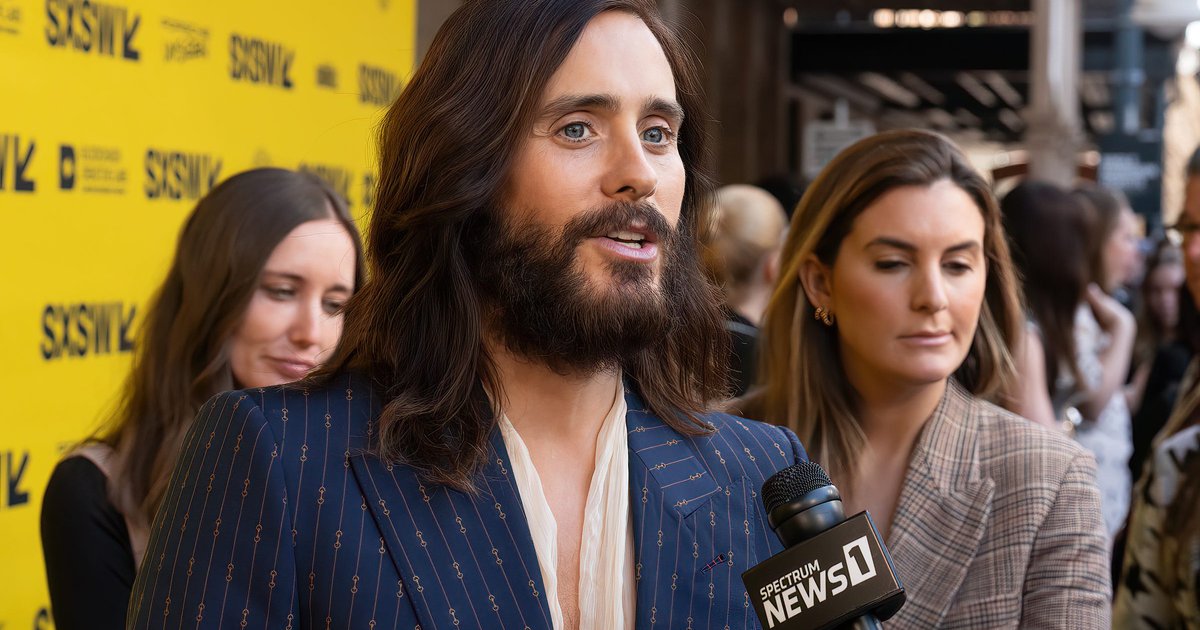 What can I say about “Morbius”, the latest comic book movie to hit theaters?

Well, uh, sure… something.

The buzz surrounding the film, featuring Jared Leto as part Spider-Man villain, part likeable figure, couldn’t be worse. As of this writing, “Morbius,” released Friday, has a 16% score on Rotten Tomatoes.

Is Morbius really that rotten? No, not really, but this is Leto at his best and it’s in the worst possible way. The plot is non-existent. It’s impossible to tell if Morbius is meant to be a hero or a villain. It doesn’t mean in a classic anti-hero sense, like Tony Soprano or Walter White or other Marvel Comics characters Wolverine and Punisher. Viewers literally can’t tell what to make of Morbius. Part of that is because Leto portrays this character in the most serious way possible when the whole movie might have otherwise acted like a goofy, campy, popcorn movie with surprisingly decent horror and action elements. .

Taking a step back, it’s worth explaining who Morbius is and how this film fits into the ultra-populated superhero landscape that’s dominating pop culture right now. Take that from a guy who has hardly ever read a comic featuring Morbius that was published in the 21st century. A few spoilers are to follow.

Michael Morbius debuted as Spider-Man’s nemesis in Marvel Comics in 1971. He’s a doctor with a rare blood disease. Continually trying to heal himself, the biologist injects himself with vampire bat DNA, and it has disastrous effects, turning him into a “living vampire” with superhuman abilities and a vampiric lust for human blood.

So, since Morbius is a Marvel character, is this movie part of Disney’s blockbuster Marvel Cinematic Universe? No … but also a little yes? More on that in a moment. Anyway, to keep this from delving into even more nerd minutiae than it already has, I’ll try to keep things quick.

Sony Pictures owns the rights to direct Spider-Man films and films based on Spidey-adjacent characters (like 2018’s “Venom” and 2021’s “Venom: Let There Be Carnage”). Sony has an agreement with Disney whereby Marvel Studios can share Spider-Man, using him in MCU films and solo Spidey films, which Sony continues to distribute. These other Sony films, like “Morbius”, apparently exist in a separate universe, but part of a larger multiverse that Marvel Studios is cultivating.

TL;DR: You’re not going to see Thor or the Scarlet Witch appear in a Venom or Morbius movie and vice versa. Don’t think about it too much and try to enjoy the movie.

Is the film enjoyable though? I see the film being trashed, but, really, I had a good experience in the theatre. watching “Morbius” feels like a relic of a bygone era of comic book movies, one before “The Dark Knight” challenged the genre and before “Iron Man” turned those movies into a never-ending saga.

It’s very 2006 and that can be a good thing. On time. The special effects and fight scenes were, again, better than I expected. This isn’t 2009’s “X-Men Origins: Wolverine.” It was nice to smack a Coke Zero and Spicy Dill Pickle Almonds during those scenes! The moments of Leto’s Morbius flying near buildings and trains in New York wouldn’t have felt out of place in a normal MCU entry. I like to think this would have been a great movie to watch on a Saturday afternoon on TNT in seventh grade after coming home from a basketball game.

Movies like that don’t exist anymore. Sony could have done something more unique and tapped into that depleted energy that the Venom movies have to fill that void. It should break through the lowest possible barrier and be a decent action-horror movie to turn on while turning off your brain, but it somehow exists in this unspeakable purgatory.

I wish it had been way more over the top and leaned into its inherent awkwardness like Sony’s Venom movies do, but it illustrates the difference between Tom Hardy’s “let’s throw the kitchen sink” style as a Venom and… whatever Leto thinks he’s doing with Morbius. It’s a movie about a Spider-Man villain who turns into a vampire. It’s a silly concept. Dumb!

Hardy knows “Venom” is bad, but revels in the chaos and makes a super “bad” movie. Leto remains one of the least self-aware people on planet Earth. I laughed with Hardy in “Venom: Let There Be Carnage”. I laughed at Leto in “Morbius”.

One of the fan-favorite aspects of these comic book movies is their interconnection. These connections are frequently teased in their “post-credits scenes”. It’s been 14 years, and I still don’t know why people are leaving the theater as the credits start rolling. Alas. Issue another spoiler warning!

The “Morbius” post-credit scene connects to the fracturing of the multiverse seen in last December’s “Spider-Man: No Way Home,” a shared ownership of Sony and Disney (I know it’s confusing, bear with me ). Michael Keaton’s Vulture, Peter Parker’s foil in 2017’s “Spider-Man: Homecoming,” is randomly sent from the universe seen in the MCU films to that used in the Venom and “Morbius” films.

Keaton, in full vulture armor, meets with Morbius to tell him about Spider-Man (how would Morbius know Spider-Man given that he was never referenced in Venom or his own movie?) and how he should be there. have a team to take it down. This hints at a possible “Sinister Six” movie featuring a large group of Spidey villains. “Kraven the Hunter,” another Sony film centered around Spider-Man villains, is slated for release in January, and viewers can count on more “Sinister Six” connections.

Either way…the talk of this being the worst movie based on a Marvel property is off the mark. The 2015 version of “Fantastic Four”, the X-Men snoozer “Dark Phoenix”, and the bonkers Nicolas Cage outing “Ghost Rider: Spirt of Vengeance” are all significantly worse and on a level of their own. No matter.

The ultimate take on “Morbius”: pretty bad, not the worst comic you’ll ever see, and maybe entertaining enough that you won’t be mad you paid to see it.

Add the Shamus RSS feed to your feed reader