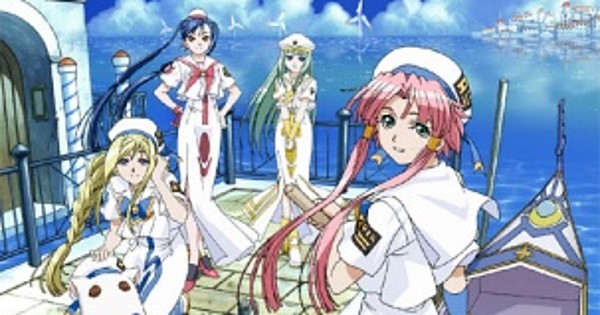 MVM‘s Anime online website lists a 13-part Blu-ray edition of the TV series Aria the Animation, for release on October 25. The series aired in 2005. MVM also noted that the disc comment “should be the same” as the US edition released by Nozomi Entertainment, and that “The seasons of the sequel are available, but we wanted to wait and see how Season 1 fared before we venture any further.”

Stuf Law has already described the story of the anime:

Akari Mizunashi, at the age of 15, left everything to travel to a sparkling water-covered planet known as Aqua. More than anything, Akari wants to be a “Undine” – a gondolier who navigates the canals of the aquatic city of Neo-Venezia. As she begins her training with the prestigious Aria Company, will she be up to the challenges that await her on the path to achieving her dream?

Hal filmmaker animated the 2005 television series Aria the Animation, and it went on to inspire two more TV series in 2006 and 2008, as well as original video cartoons (OVAs) in 2007 and 2015. Junichi Sato (Sailor moon, Princess tutu) directed all the installments in the anime franchise.