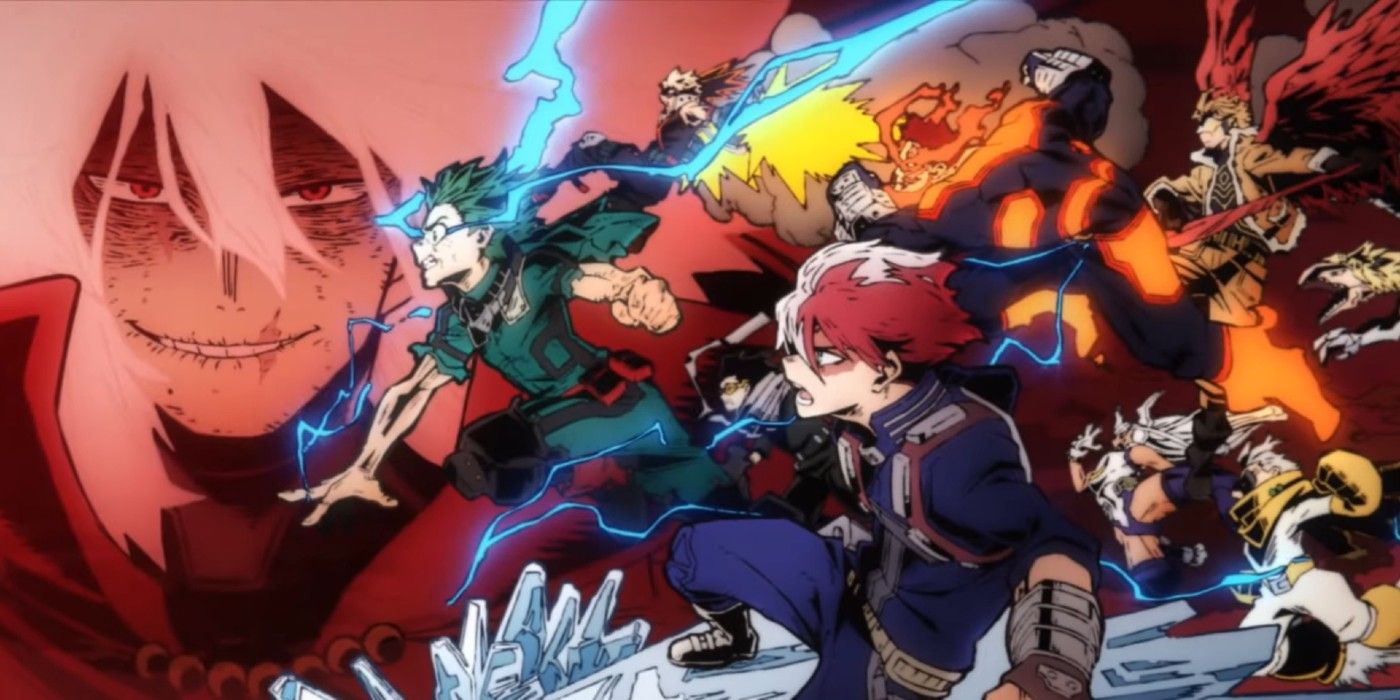 My Hero Academia just released its final season opener, and it’s a stunning visual treat that pays the perfect homage to anime’s roots.

The hit anime my hero academia is known for taking a lot of inspiration from Western superhero comics, and its new opening reflects that beautifully. The anime’s sixth season has just begun and is expected to cover one of the manga‘s best arcs. So it only makes sense that Bones, the studio producing the anime, would make this latest opening something special.

The author of my hero academia Kohei Horikoshi has often said that he is a fan of Western superheroes and that this has greatly influenced the universe and characters of his manga. It’s not hard to see, despite the show’s reliance on Shonen tropes. While Deku may be a character more similar to Naruto than any traditional Western hero, many other heroes have Western analogues. It’s hard not to draw comparisons between All Might and Superman and Horikoshi said that Sero is based on Spider-Man. The manga even occasionally used English sound effects for big attacks. While the anime can’t always include these kinds of minor details, its latest opening makes up for it.

The sixth season opener, set to SUPER BEAVER’s song “Dedicated”, uses a unique animation style to capture the feeling of American superhero comics my hero academia is based on. With thicker outlines and colors reminiscent of ink on a page, the art is very reminiscent of a Western comic book coming to life. The opener also uses English sound effects like “BOOM” and “RRMMMBLL” to punctuate its action, much like Adam West’s Batman theme song and the Western comics it’s based on. Each of the main characters from the season are presented in this innovative art style, which allows fans to see what they would look like if my hero academia was one of the Western comics that Horikoshi loves. The opening eventually transitions into its more usual style along the way, which shows how the series, while drawing heavily from traditional superhero comics, is very much its own thing.

my hero academiaThe new opening of is perfect for this season

The opening is a visual treat to watch and also very appropriate for the season it is a part of. The coming arc is in many ways the culmination of everything that came before it, but also changes dramatically my hero academiathe status quo in a way that few Western superhero comics would dare. So it’s only fitting that the new opening reflects that; it pays homage to anime inspirations and shows its willingness to break away from those roots to become its own thing.

The arc this season is adapting is widely considered one of the best arcs in the series, so it’s fitting that Bones pulls out all the stops for this opening. It’s both incredibly seasonally appropriate and a treat to watch. If the rest of the season lives up to that standard its opening set, then my hero academia Season 6 will probably be the anime’s best season so far.