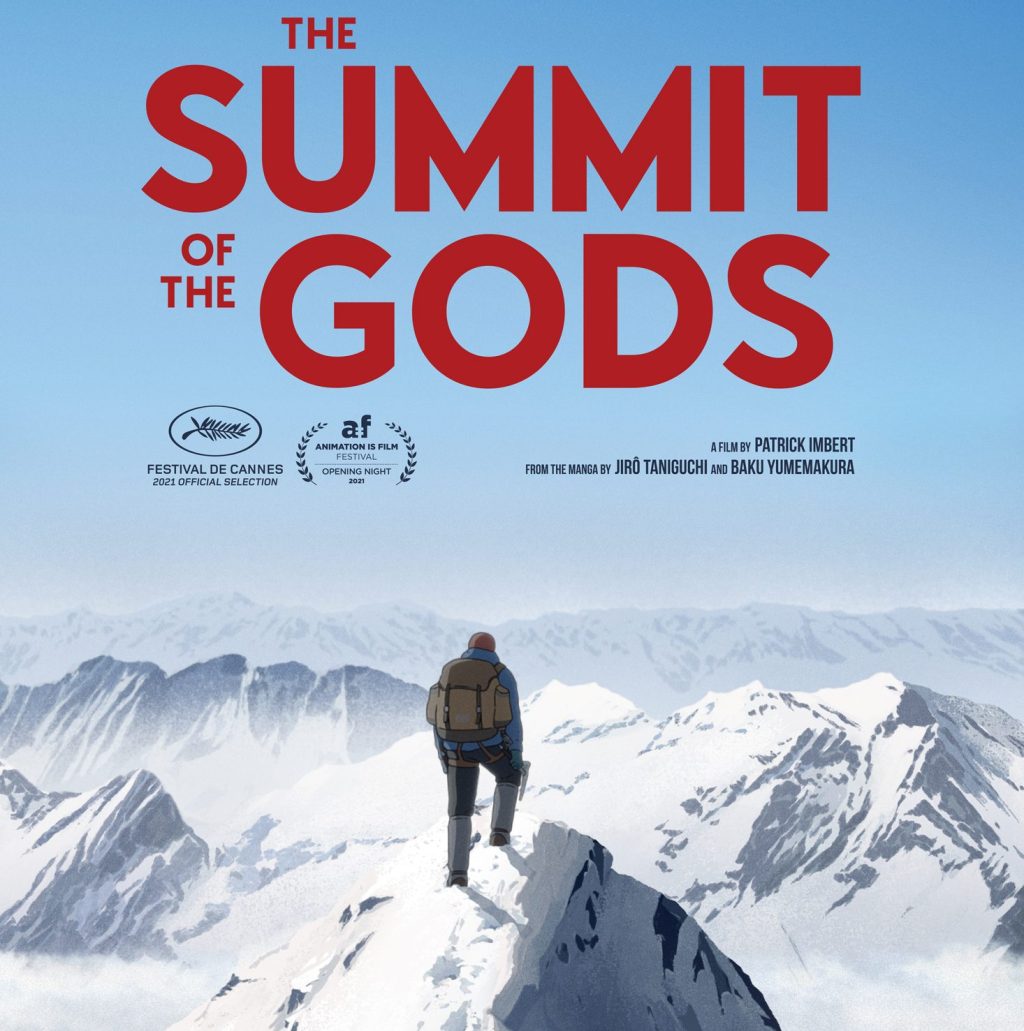 Fourth Animation is Film (AIF) Festival Opens Tonight with Netflix’s North American Premiere The Summit of the Gods, an examination of an obsessive mountaineer. The streamer released the trailer today.

The screening will be followed by an in-person question-and-answer session with award-winning writer-director Patrick Imbert (The big bad fox and other tales).

The film is an adaptation of the manga series by famous artist JirÃ´ Taniguchi and writer Baku Yumemakura. The Summit of the Gods follows a young Japanese photojournalist, Fukamachi, who finds a camera that could change the history of mountaineering. This leads him to the mysterious Habu, an outcast mountaineer who has been missing for years. Fukamachi enters a world of obsessive climbers eager for impossible conquests on a journey that takes him, step by step, to the top of the gods.

Check out the trailer above.