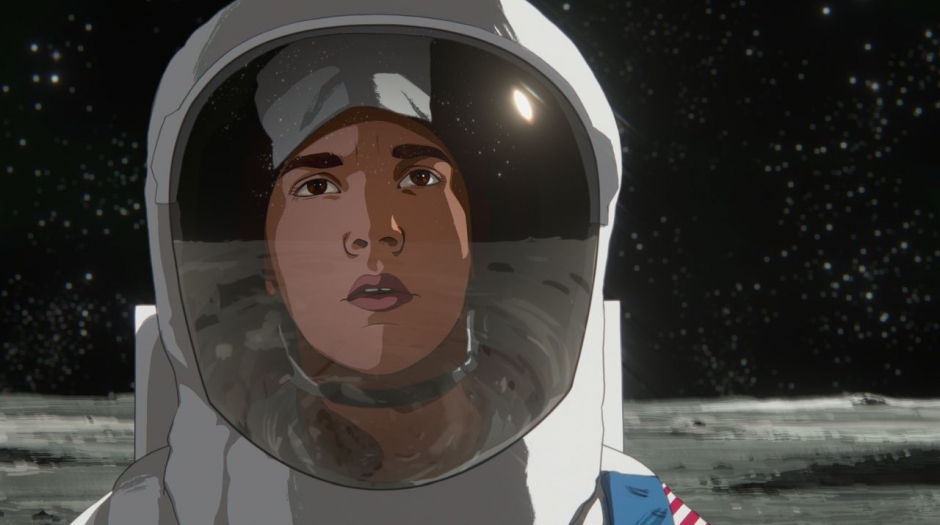 Netflix has just released its 2022 lineup of anime features, including a new teaser image and trailer that also includes previews of upcoming live fare.

The streamer preview includes synopses, very few release dates, and some casting info; of the eight films shared, three are anime from Japan. There’s a healthy mix of stop-motion, 2D and 3DCG, with a focus on fantasy, adventure and fun. First, let’s take a look at the full movie slate teaser – including the animated entries – and then a brief description of each of the eight animated features.

Apollo 10 ½: a childhood in the space age
No release date set

Apollo 10 ½: a childhood in the space age tells the story of the first moon landing in the summer of 1969 from two intertwined perspectives – the astronaut and mission control view of the triumphant moment, and through the eyes of a child growing up in Houston, Texas , which has its own intergalactic dreams. Drawing inspiration from Oscar®-nominated filmmaker Richard Linklater’s own life, Apollo 10 ½: a childhood in the space age is a snapshot of American life in the 1960s that’s part mainstream, societal commentary, and part-out-of-this-world adventure.

This Japanese anime takes place in Tokyo, after bubbles that broke the laws of gravity descend on the world. Cut off from the outside world, Tokyo has become a playground for a group of young people who have lost their families, acting as a battleground for parkour team battles as they leap from building to building. Hibiki, a young ace known for his dangerous style of play, one day makes a reckless move and dives into the gravity-bending sea. His life is saved by Uta, a girl with mysterious powers who suddenly appears. The couple then hears a unique sound audible only to them. Why did Uta appear in front of Hibiki? Their meeting leads to a revelation that will change the world.

In this anime from Japan, Kosuke and Natsume have been friends since childhood, but over time the relationship between the two sixth graders seems strained as they continue to avoid each other. One day, during their summer vacation, they go to a building complex that is to be demolished. Having grown up there, the place holds many memories. While playing, they are suddenly caught up in a mysterious phenomenon and when they regain consciousness, they see an entire ocean ahead of them as the housing complex has drifted into a mysterious sea with Kosuke and Natsume with it. Will they be able to return to their world before? A summer farewell journey begins.

The film is directed by Hiroyasu Ishida, produced by Koji Yamamoto and written by Hayashi Mori, Hiroyasu Ishida & Minaka Sakamoto, with character designs by Akihiro Nagae.

At Guillermo del Toro’s Pinocchio
Coming to Netflix in December

Oscar-winning filmmaker Guillermo del Toro reimagines Carlo Collodi’s classic tale about the wooden puppet who magically comes to life in order to mend the heart of a grieving woodcarver named Geppetto. This whimsical stop-motion musical directed by Guillermo del Toro and Mark Gustafson follows the mischievous and disobedient adventures of Pinocchio in his quest for a place in the world.

Based on the book “My Father’s Dragon” by Ruth Stiles Gannett, and produced by five-time Oscar-nominated animation studio Cartoon Saloon (Kels’ secret, song of the sea, wolf walkers), My Father’s Dragon tells the story of Elmer, struggling to cope after a move to town with his mother, who flees in search of Wild Island and a young dragon waiting to be rescued. Elmer’s adventures introduce him to ferocious beasts, a mysterious island and the friendship of a lifetime.

The beast from the sea
Release date not set

In a time when terrifying beasts roamed the seas, Monster Hunters were famous heroes – and none were more beloved than the great Jacob Holland. But when young Maisie Brumble sets sail on his legendary ship, he comes face to face with an unexpected ally. Together they embark on an epic journey into uncharted waters and make history. From Oscar-winning filmmaker Chris Williams (Moana, Big Hero 6, Lock), The beast from the sea takes us where the map ends and the real adventure begins.

With over 37 million copies sold and winner in the children’s category of the 39th Kodansha Manga Award, “The Seven Deadly Sins” (original work by Nakaba Suzuki published by Kodansha in Weekly Shonen Magazine) gets a spin-off anime film, featuring featuring an original Suzuki story. Divided into two parts, the story will follow Tristan, the son of “The Seven Deadly Sins” protagonists, Meliodas and Elizabeth. Tristan inherits the power of the Goddess Clan and can heal people’s wounds and wounds, but he often ends up hurting others due to his inability to control his Demon Clan power. To protect his family, Tristan travels to Edinburgh Castle and meets a host of new friends along the way.

Produced in Japan, the film is directed by Bob Shirahata and written by Rinitaro Ikeda.

From the deliciously wicked mind of Henry Selick (The Nightmare Before Christmas, Coraline) and Jordan Peele (get out) come Wendell and savage, an animated tale about scheming demon brothers Wendell (Keegan-Michael Key) and Wild (Peele) – who enlist the help of 13-year-old Kat Elliot – a tough teenager with a load of guilt – to summon them to the Land of Them. living. But what Kat asks for in return leads to a brilliantly bizarre and comedic adventure like no other, an animated fantasy that defies the law of life and death, all told through the artisanal art of stop motion..