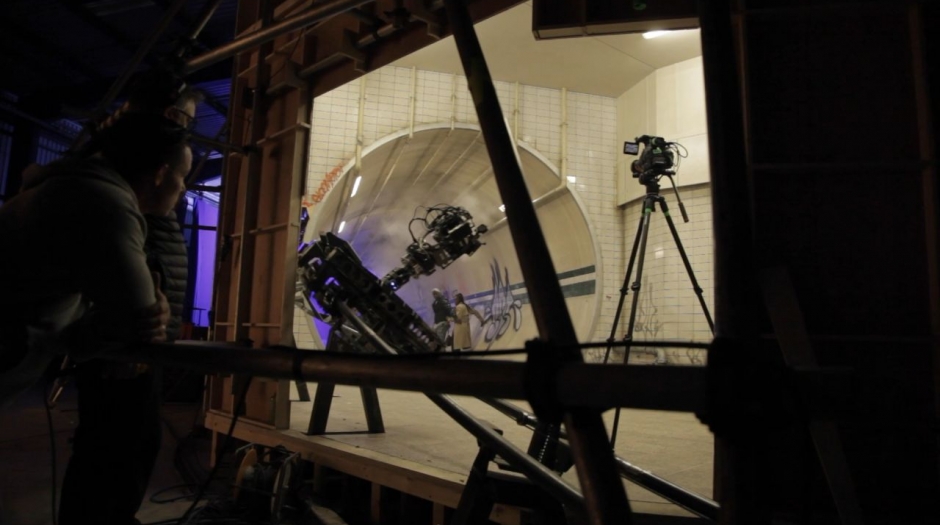 Sony coming soon Morbiusdirected by Daniel Espinosa (Life, safe house), tells the story of Dr. Michael Morbius, played by Jared Leto (suicide squad, Blade Runner 2049), who, in search of a cure for his rare blood disease, becomes infected with vampirism. The experiment seems to succeed, but soon the effects of this drastic cure become worse than the disease, as Morbius struggles to control his powers.

The NVIZ team provided techvis and previs for three major action sequences in the film, in addition to some postvis. Working closely with VFX supervisor Matthew Butler and stunt coordinator Gary Powell to plan the motion capture sequences for the stunts, NVIZ carefully assembled the stunt action with digital takeovers, at multiple moments of action. This added value to the sequences is not only creative – with the director accepting many of his suggestions – but additionally, the intensive planning, particularly the London Underground sequence, led to significant savings on set.

The London Underground sequence is a huge chase and fight sequence set in the London Underground, where Morbius pursues fellow vampire Milo, fighting with him amidst crowds of busy commuters. The action follows stunt and CG versions of Milo and Morbius as they chase, fly and fight their way up escalators, through tunnels and onto platforms from a camera platform roller coaster set up by SFX. A section of the tunnel set was built in a warehouse at Wembley. Portions of the action were filmed in a disused section of the Underground under Charing Cross, as well as created entirely digitally.

The team, led by NVIZ Head of Visualization Janek Lender and working closely with Stunt Supervisor Gary Powell, meticulously planned the previews from the start. They started by breaking it down into smaller sections, identifying exactly where the live-action stunt takeovers, in an all-digital shot, should take place.

This not only helped other departments to plan more easily, but also led to efficiencies in the budget. “It was very well wrapped and done before shooting,” Lender recalled. “Because of this, we were able to conclude that if we filmed the tunnel the right way, we only had to build half of it, resulting in significant cost savings for the art department.”

The process provided a great example of how carefully thought out techvis and forecasts, which are well integrated into the work process of all other departments – such as SFX and the Art department – can inform the decision-making process. , both supporting the creative process while reducing costs.

This important sequence is the first revelation of Morbius following his infection with vampirism. Morbius’ laboratory is located on a huge container ship in the middle of the Atlantic Ocean. The director’s memoir called for several cuts of stunts and shots from Morbius’ point of view to be stitched together into one long, dynamic shot that takes place in various locations aboard the ship. Morbius, who has just turned into a vampire, escapes from his cell and is pursued by armed troops, through the confined corridors of the ship, but they are no match for his “superhuman” incarnation.

The NVIZ team was instrumental in the creative development of the sequence, a claustrophobic game of capture and mouse that is made even more sinister by the added touch of Morbius being invisible to the camera when the action is viewed through the many CCTV cameras.

The sequence ends with another fight sequence at the edge of your seat, which the NVIZ team received manga and early DC shows to reference. Like the London Underground sequence, this fight is put together from several different stunts interspersed and stitched with digital takeovers. As they had done so successfully in that previous sequence, the crew once again worked closely with Powell and his performers to capture all of the stunts. Once these were assembled with digital control shots (when movement was physically impossible), they then designed the camera around them. The previs has resolved any potential issues prior to filming, and the result adheres closely to that.

The team worked closely with the director over a long schedule on the film. “He (Espinosa) was very active with the previs,” Lender says, “because he used it as a template for what he wanted to achieve.” Throughout the sequences, NVIZ worked in conjunction with the art department, SFX, and stunt team, carefully breaking down the material so it was clear to everyone which department or departments were working on each part. The stunt performers were captured in motion capture suits, after which NVIZ used their motion capture solution to put the scenes together in Maya. From there, they animated takeovers that couldn’t be captured by stunts, or where the whole shot was going to be an all-digital takeover.

Finally, they were integrated into the Unreal Engine, where NVIZ Unreal Supervisor Georg Engebakken added live lighting, material changes, and live environment changes. The result was a fast, iterative process that kept the director and department heads involved at all times.

“It was quite a long and carefully planned forecasting process, followed by short periods of working with different departments to bring it all to fruition.” said the Lender. “And it worked exactly as we expected, it worked great!”