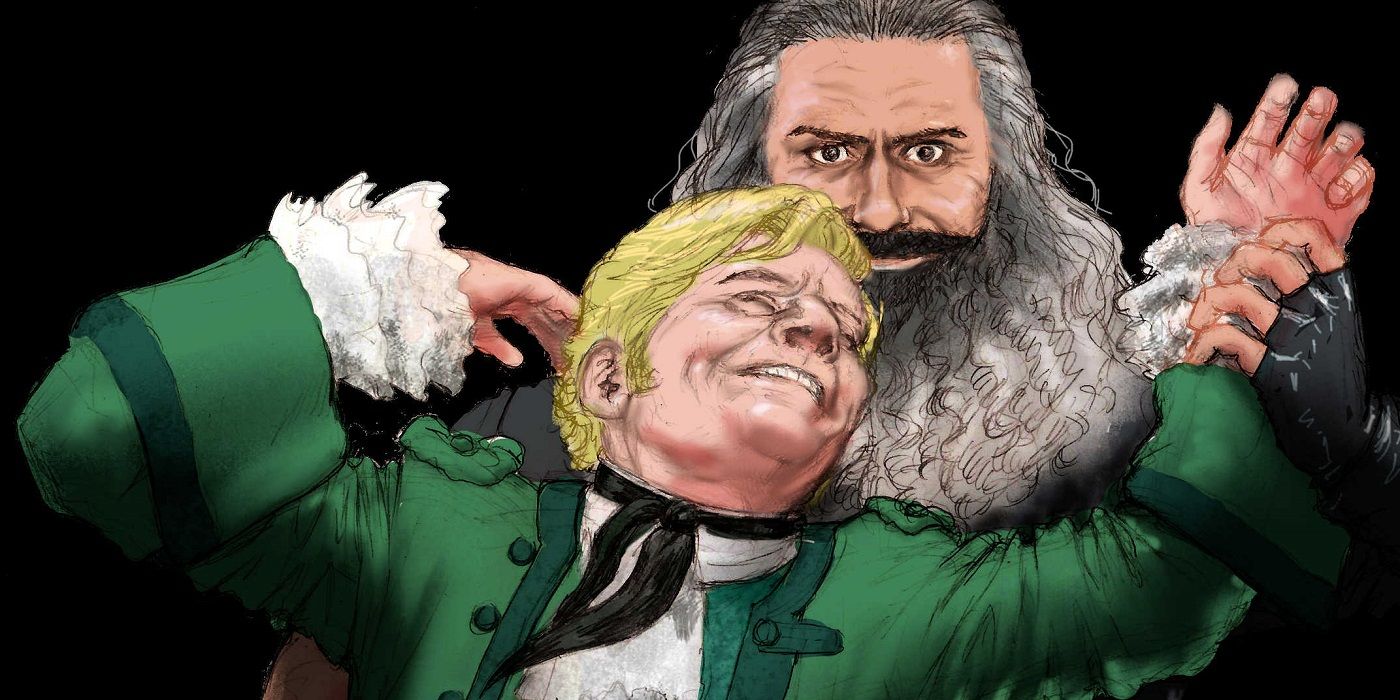 In the latest The Line it is Drawn, our artists have drawn on your suggestions for the cast of Our Flag Means Death to hijack classic comic book covers.

So every week, I post a topic here. You answer it on CSBG’s Twitter page (just write @csbg with your answer), our artists will each choose one of your suggestions and I will post their designs based on your suggestions here every week. Thus, each week you will have a new question and you will see the choices chosen the previous week.

To qualify, you must follow @csbg when replying – so go follow us then give your answer to the following question/challenge (all suggestions are due by 11:59 p.m. Pacific Monday).

Next week’s topic is…

Read on for the drawings that were made thanks to the last question/challenge!

I’ll put them in alphabetical order based on who made the suggestion (with a few exceptions).

All copyrights and trademarks of the following characters are held by their respective owners.

This drawing is by Rod Allen. Here is his website.

Nick Perks is the artist of this one. Here is his website.

Caanan Grall is the artist of this one. Here is his website.

Nick Perks is also the artist of this one. Here is his website.

Alright folks, make some suggestions for our Marvel Manga week!

Line it is Drawn: Renew Legends of Tomorrow