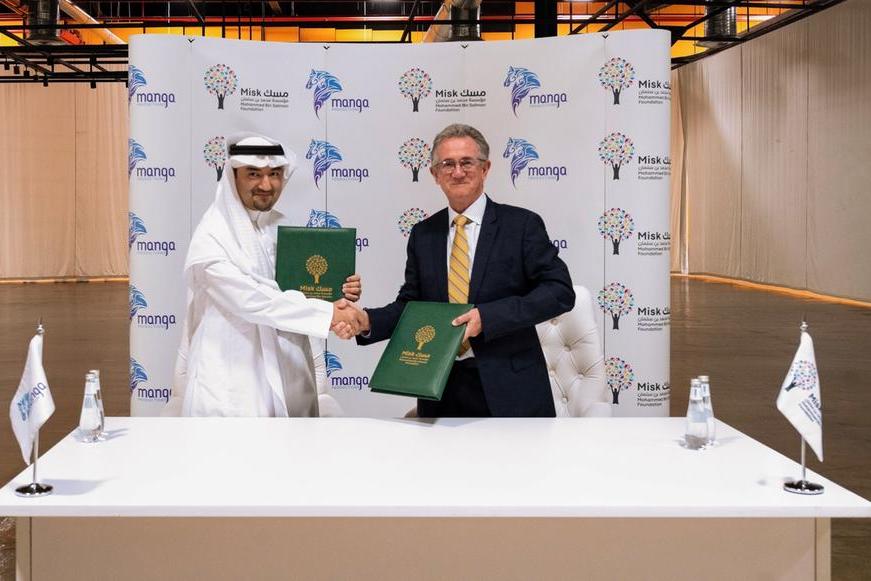 Riyadh, Saudi Arabia: Manga Productions, a subsidiary of the Mohammed bin Salman “Misk” Foundation that produces animations, video games and comics, has announced that it is moving its headquarters to Prince Mohammed Bin Salman Nonprofit City, which will open in 2024.

The relocation of the Manga Productions headquarters will energize a new media sector in the city. It will support the city’s goals of fostering a new generation of creative Saudi talent and enabling young creative minds to live, learn, share and grow. Manga Productions will also benefit from the city’s culture that encourages global collaboration, enabling new partnerships with international creators.

Manga Productions will be a haven for young Saudi talent to explore and take advantage of its various offerings. The company designs and runs workshops around the city to provide an organized industry education program to train, empower and inspire Saudi youth.

Dr. Essam Bukhary, CEO of Manga Productions, said, “At Manga Productions, we aim to inspire the heroes of tomorrow. Our new headquarters in Prince Mohammed Bin Salman Nonprofit City will allow us to cultivate a culture of youth and creativity, create opportunities and inspire the minds of the creative industry, while nurturing young Saudi talent.

David Henry, CEO of Prince Mohammed Bin Salman Nonprofit Citysaid: “Manga Productions’ new headquarters will be part of the city’s human-centric ecosystem, which puts Saudi youth at its heart. It will support the City’s and Vision 2030 goals to provide skills and opportunities to young Saudi talent, inspiring them to realize their creative ambitions, while attracting global talent.

Manga Productions is a pioneer in the media and creative content industry in Saudi Arabia, developing inspirational and positive content that targets all the different local and international groups in society. Manga Productions produced the very first Saudi Japanese animated film, The tripin partnership with TOEI Animation, one of Japan’s oldest and most renowned studios. The trip marked a pivotal moment for the Saudi creative industry and introduced Saudi culture and historical stories from the Arabian Peninsula to international audiences around the world.

Prince Mohammed Bin Salman Nonprofit City is located in the district of Irqah, next to Wadi Hanifa, on an area of ​​3.4 square kilometers.

His Royal Highness Mohammed bin Salman bin Abdulaziz Al Saud, Crown Prince, Founder and Chairman of the Board of the Mohammed bin Salman Foundation “MisK”, recently announced the launch of Prince Mohammed Bin Salman Nonprofit City. The city’s vision is to serve as a model for the development of the nonprofit sector globally and as an incubator for youth and volunteer groups as well as local and international institutions. The City will help achieve Misk’s goals by supporting innovation, entrepreneurship and the qualification of future leaders by defining nonprofit work in its internal operating concept and in terms of opportunities and training programs for young people it will propose. In addition, the project will offer services that contribute to creating an attractive environment for all beneficiaries of the City’s offers.

Manga Productions is a subsidiary of the Mohammed bin Salman “MisK” Foundation and was created to inspire the heroes of tomorrow through animation, video games and comics. Manga Productions aims to be a regional and global pioneer in the production of creative content and help provide useful content that helps develop creative and ambitious talent through development programs and internships to further develop the industry. entertainment content in the region.

Manga Productions aims to build and develop a high-quality content industry in the Kingdom of Saudi Arabia and the Arab region, and to support and nurture the Kingdom’s young talents in the field of comics, animation and video games. Manga Productions has already partnered with local and international entities such as “TOEI Animations, SNK, Square Enix, Kadokawa, TellTale, WildWorks, SparkXR, Sumitomo Group and more”. For more information on Manga Productions, please visit www.manga.com.sa

For the latest updates on Manga products, please follow us on our social media pages: