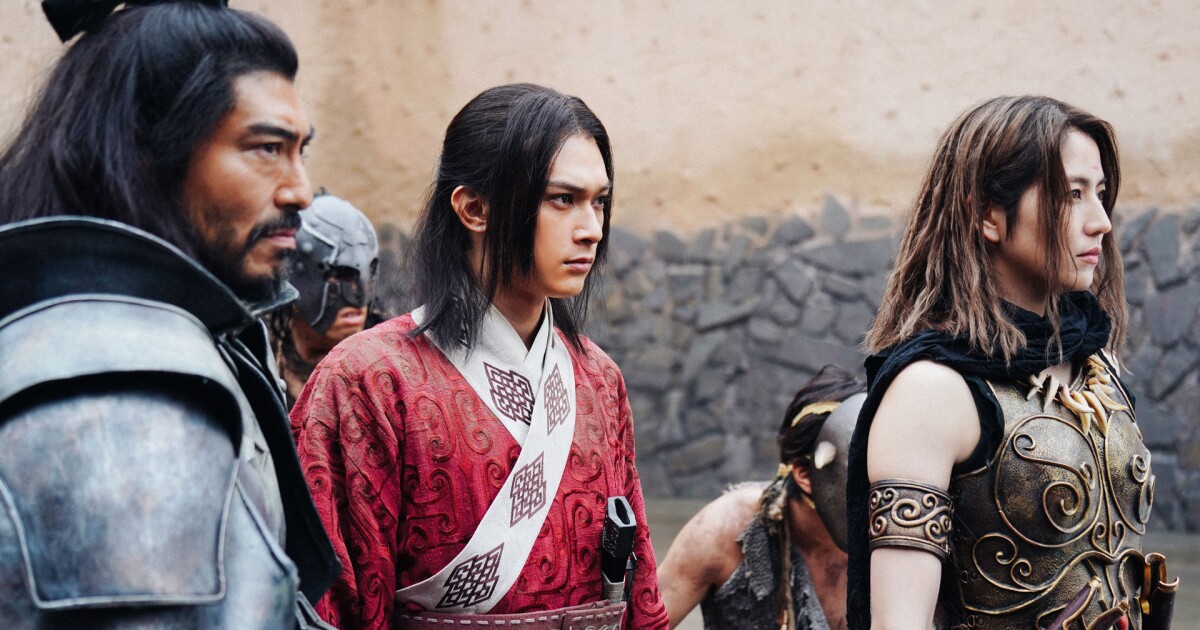 Based on Yasuhisa Hara’s long-running manga, “Kingdom” is a sprawling fantasy adventure that takes place near the end of China’s Warring States Period (475-221 BC).

Xin (Kento Yamazaki) and Piao (Ryo Yoshizawa) are slaves who dream of escaping and becoming great generals. They train rigorously in fencing and martial arts. Due to his resemblance to the young king of Qin, Ying Zheng (also Yoshizawa), Piao is chosen to serve as a replacement. When Piao is killed by rebels in the service of Zheng’s usurping half-brother Chang Jiao (Kanata Hongo), Xin joins the fallen monarch to avenge his friend.

A long series of meticulously choreographed duels and battles ensue. Swords, axes, darts, clubs, feet and fists fly while Xin defeats various thieves, assassins, soldiers and defector generals. To reclaim his kingdom, Zheng joins forces with Yang Duanhe (Masami Nagasawa), the sword-wielding queen of the mountain tribes. Chang’s vast army stands no chance against this loyal group. After defeating his evil brother, Zheng announces his plan to conquer and unify all of China – with Xin by his side. (Zheng became Emperor Qin Shi Huang, who built the Great Wall.)

Brash but devoted to his friends and his dreams of greatness, Xin may remind viewers of another popular manga hero from behind, Masashi Kishimoto’s Naruto. Like Naruto, Xin is caught up in a war between the mustached villains and the heroic good guys. Director Shinsuke Sato’s movie may lack nuance, but fans of martial shows will have a pleasant but exhausting time.

In Japanese with subtitles