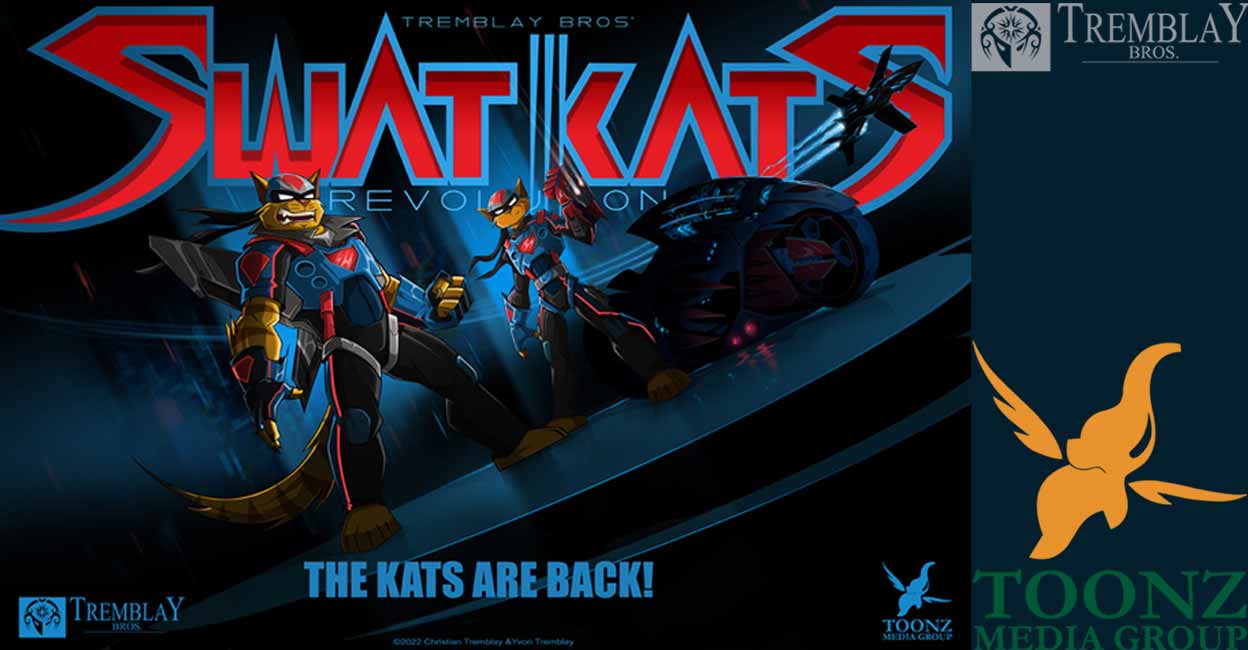 India’s leading animation studio Toonz Media, headquartered at Technopark in Thiruvananthapuram, Kerala, is teaming up with USA Tremblay Bros to relaunch the animated series SWAT-KATS, which was a hit with kids in the 90s .

The new SWAT-KATS Revolution series will target ages 5-11 and feature a host of new characters in addition to the classic protagonists and villains. The new series will also feature a range of futuristic arsenals, including new jet fighters for the heroes, in addition to other cutting-edge vehicles and gadgets.

Although SWAT-KATS Revolution is a new series, the DNA of what made it successful will remain. The character sketches, clever and witty writing, action, imaginative stories and larger-than-life villains will explore themes that new audiences will relate to, says Christian Tremblay.

“SWAT-KATS is easily one of animation‘s all-time classics. It’s a privilege for Toonz to bring this iconic show back to life after all these years. We see tremendous potential for the property in the new context. and among new audiences,” said Toonz Media Group CEO P. Jayakumar.

Toonz is an artistic and media powerhouse with over two decades of unrivaled experience and one of Asia’s busiest animation production studios. The studio has a rich heritage of collaborating with the world’s leading studios, chains and entertainment networks including Marvel, Nickelodeon, Turner, Disney, Netflix, Dreamworks, Lionsgate, 20th Century Fox, Paramount, Sony, among others.