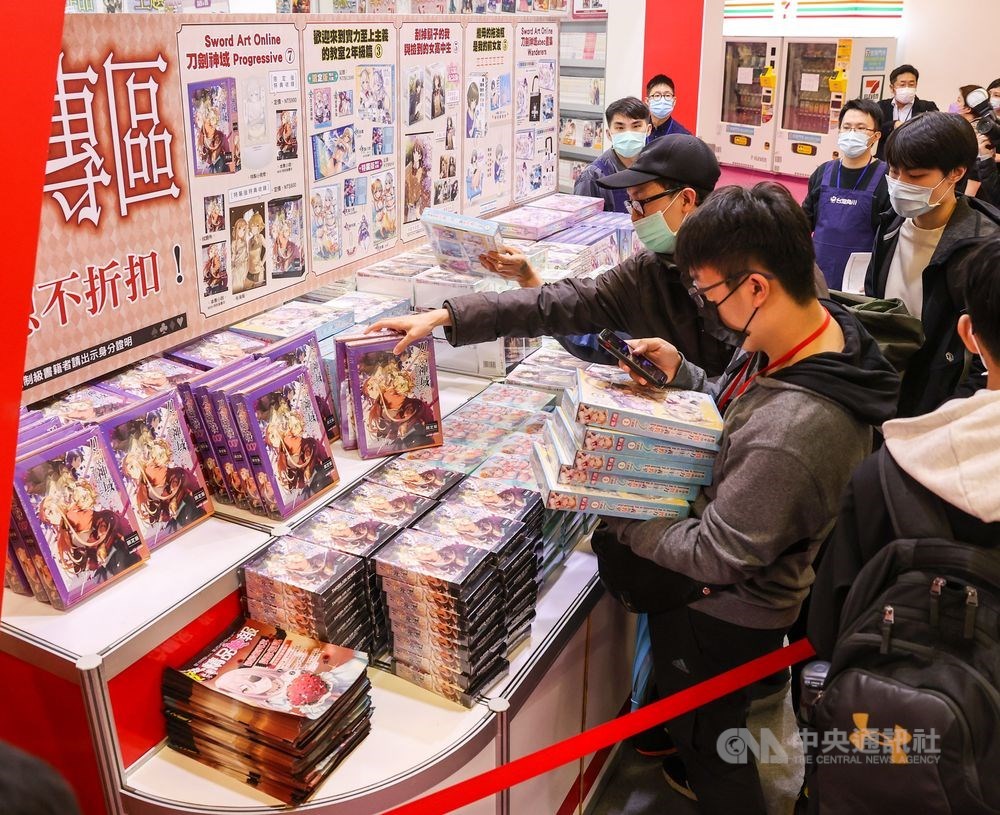 The 2022 exhibition, which is the 10th edition of the festival and includes 520 booths, attracted around 82,000 visitors on the first day. It will end on Monday, February 14.

Unlike previous years, the 2022 festival is regulating foot traffic, with attendees being asked to wait outside whenever maximum capacity is reached inside.

The coins are meant to thank Japan for the country’s vaccine donations last year.

The expo was organized by the Japan-Taiwan Exchange Association, Japan’s de facto embassy in Taiwan, and the China Animation and Comics Publishers Association, the festival’s organizer.

During a speech to celebrate the opening of the exhibition, one of the deputy representatives of the Japanese association, Akira Yokochi, expressed his gratitude.

According to Yokochi, relations between Taiwan and Japan will continue to flourish, as evidenced by Taiwan’s support for Japan during the 2011 Tohoku earthquake and tsunami, and Taiwan’s mask donations during the onset of the pandemic. in 2020.

He also added that the Taiwanese artworks were a response to works drawn by 100 Japanese artists to thank Taiwan for its help, which were exhibited at last year’s festival, and that the two nations shared affection and love. mutual love.

Kao Shih-chuang (高世樁), general secretary of the China Animation and Comics Publishers Association, revealed that the morning crowd on opening day was relatively smaller than in previous years.

He said the decrease was likely due to some merchandise being available online, which in hindsight was a blessing as it helped the association manage the number of attendees.

Attendees and staff are also urged to adhere to proper COVID-19 regulations by wearing face masks at all times despite the elaborate costumes worn by a number of pop culture fans at the event.

The guest of honor at the opening of the festival was Democratic Progressive Party legislator Lai Pin-yu (賴品妤), a well-known pop culture geek.

Unlike her usual cosplayer costumes at past pop culture activities, Lai attended the event dressed in Lolita fashion to show her support.

During an interview, Lai said that besides her dress, everything she used to create her outfit was made in Taiwan.

In line with Lai’s support for “made in Taiwan” products, the festival organizer said that while most attendees attend the festival as fans of their favorite Japanese or American comics or shows, the Chinese Animation & Comic Publishers Association aims to promote works created by artists.