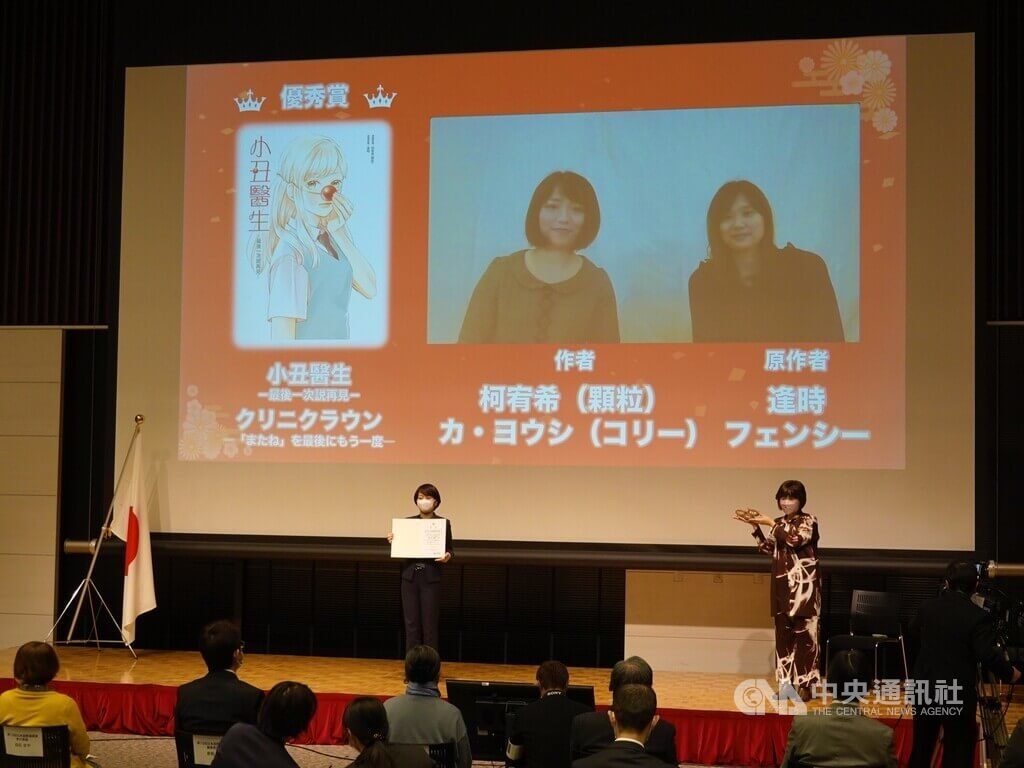 Amid the COVID-19 pandemic, the award ceremony was held online, but the Ukrainian winner couldn’t even show up virtually due to Russia’s invasion of the country.

The 15th Japan International Manga Awards received 484 entries from 76 countries around the world, the highest number of entries ever. The winners were one gold medalist, three silver winners and 11 bronze winners.

Ko’s CliniClowns: Last Goodbye depicts a 17-year-old high school student, Hsiao-han (筱涵), who did not see her dying sister before her sister’s death because she escaped the atmosphere of the sick ward in terminal phase of the hospital.

Hsiao-han regretted her actions and lingered in the halls of the hospital all day until she met a red-nosed doctor clown who helped her find her way. She then decides to join the training to become another clown doctor to bring happiness to sick children.

Ko’s work was based on a story written by Taiwanese writer Feng Shih (逢時).

The Taiwanese silver award winner, who also won the silver award for the fifth Japan International Manga Award, said at the virtual award ceremony that she was delighted to receive the award and was also touched. by this honour, expressing his gratitude to the jury.

At the fifth award ceremony, Ko said that she experienced wonderful exchanges with other contestants and felt the high esteem and respect of manga in Japan. She promised that she would continue to create good manga until the end of her life.

The first prize in the Japanese manga contest was won by Aimée de Jongh from the Netherlands. The competition was founded by the Japanese Ministry of Foreign Affairs in 2007 to expand international exchanges and mutual understanding through manga.

At the awards ceremony, Takako Suzuki, Japan’s Minister of State for Foreign Affairs, conveyed a message from Ukrainian artist Rerekina, who said she believed the war would end and would continue. to create manga because comics can encourage many people in danger.